While Quantum Racing made the best of the great conditions on Galicia’s Ría de Vigo on the second day of the ABANCA 52 SUPER SERIES Baiona Sailin Week scoring a first and a second it is Phoenix which has stretched their overall regatta lead to four clear points.

Quantum Racing won the first race of the day which was contested in 15-18kts of breeze whilst Phoenix followed up their hard won third place from that first race – coming back from very deep in the fleet on the first upwind of the day – and comfortably won the second race ahead of the Quantum crew. 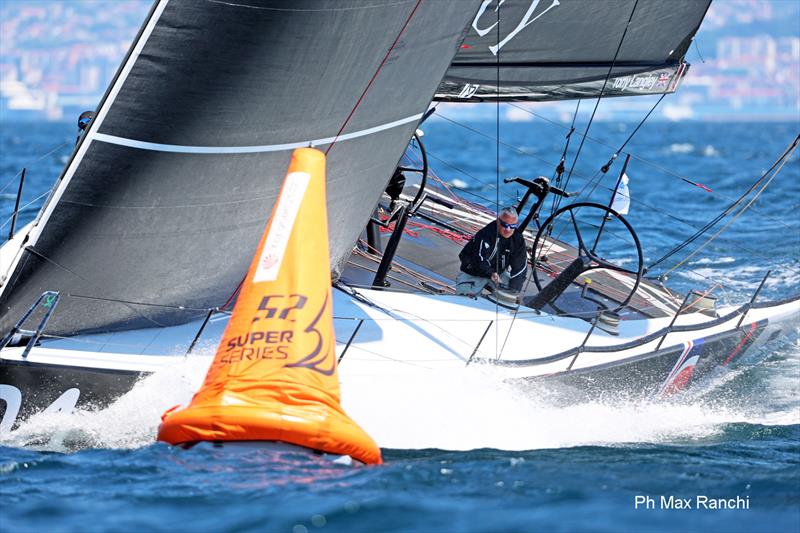 Even if there was significantly more wind that the subtle, streaky breeze of Tuesday’s opening races it was no easier to read for the afterguards. There was a big shift to the right on the first upwind of the day which the Fragomens’ team on Interlodge, which has Ed Baird as tactician, read best. Whilst they led at the top mark first time up, both of Day 1’s top performers Phoenix and Vayu were on the wrong side of the shift and were seventh and eighth to round.

But whilst Terry Hutchinson and the Quantum Racing crew were able to pull back on the second upwind when the wind swung back, so also Tom Slingsby and Cam Dunn the Phoenix afterguard were able to use this shift to get right back into contention. Fourth at the top turn second time up Phoenix nicked a third from Interlodge in the final 300 metres of the run to mark out the kind of solid comeback – from seventh to third – which wins regattas. 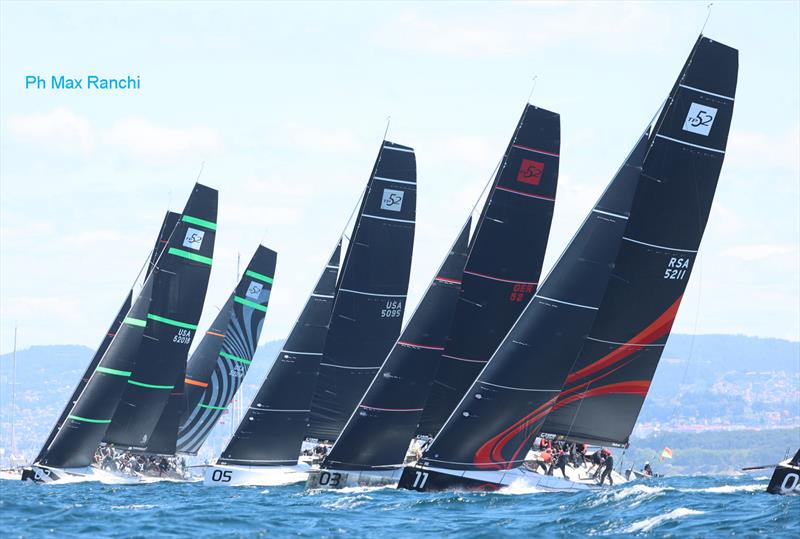 After sharing the Day 1 lead thanks to two second places there might had been something of a cruel return to reality for the Vayu crew, the Whitcrafts’ Thai team which finished eighth in the first race, a solid fifth in the next race sees them holding fourth overall at the end of the second day.

“It is nice to have a good day after yesterday. But then like one of the guys on the boat said this morning ‘yesterday felt much worse than it really was’ and I kind of agree because we are very critical of ourselves. We are always looking for what we can do better. And today was no different in that respect.”

Smiled Terry Hutchinson the hard driving Quantum Racing tactician, “Man, this race course is awesome. It is challenging. It is hard. You earn your good races and you earn your bad races equally. And so I think it is a great spot to come and race. I came here many, many years ago with John (Kostecki) Rossco (Ross Halcrow, Platoon) and ‘Cheese’ (Dirk De Ridder, Platoon) to train with the illbruck programme out of Vigo and I remember it being beautiful. It is an awesome spot to race.” 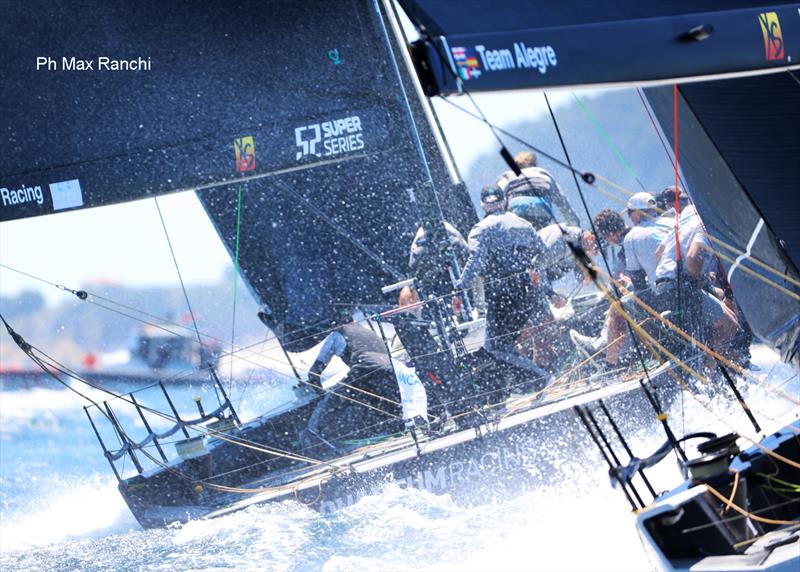 Cameron Dunn, the Kiwi strategist on Phoenix admitted they ‘got out of jail’ on the first race for their third place but says the Botin design is going fast: “We got the first half of the first race very wrong but then got the second half very right and so it worked out. Then the second race was really awesome. The boat was going really fast and once we got the lead we managed to get away.”

Dunn recalls, “There was a massive right shift at the top of the first beat of the first race and we got that wrong. We had just been looking for clear air to let the boat do its thing, but the second beat it came back to the left and we got into that and got back on race. The mood on board is great. After a comeback like that and then winning the second one you are pretty chipper. We are confident in each other, our crew work is good and we know that we have three very difficult, light airs days coming up and in this fleet that can be very tough yachting.”

Unfortunately Ergin Imre’s Provezza team had to sit out both of today’s races after a forestay fitting failed on Tuesday but they are hopeful to be back racing Thursday.