It’s been 10 years since Johnie Berntsson (SWE) won the Congressional Cup, but if today’s opener is any indicator, he could be celebrating his decennial anniversary with another Crimson Blazer.

The Berntsson Sailing Team looked confident and strong in their bright orange jerseys, as they routed the competition on Day One of Congressional Cup racing at Long Beach Yacht Club.

In mild conditions, with winds of 6 to 10 knots, flat water and blue skies, Stage One Round Robins got under way in the 55th running of this prestigious Grade One match race regatta. 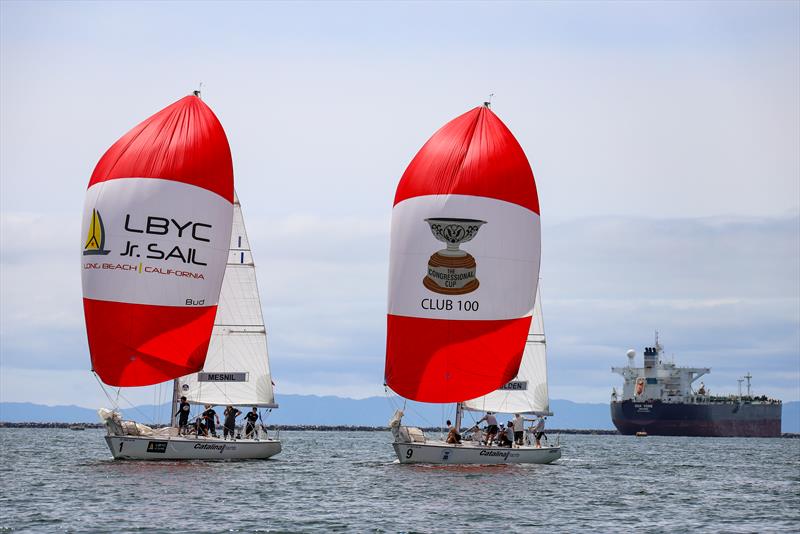 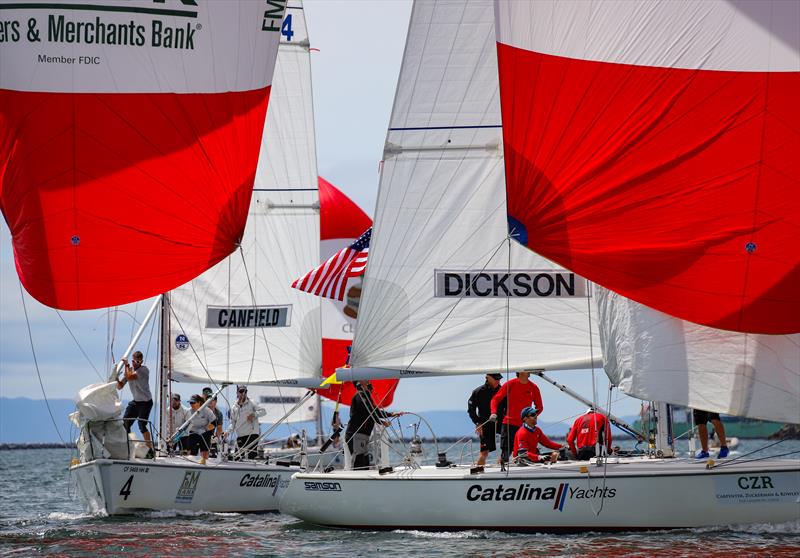 “The Congressional Cup is a most prestigious event, a top level match race regatta, so such a privilege to get invited and to sail against the world’s best,” Egnot-Johnson said.

In the past, he’s duelled mostly against fellow Aussies Will Boulden and Price. “We do a lot of match racing down in the Southern Hemisphere, but I haven’t got to race against the likes of Ian Williams, Taylor Canfield and Johnie Berntsson the big names,” he said. “It’s cool to be able to line up and see how we go against these guys.” 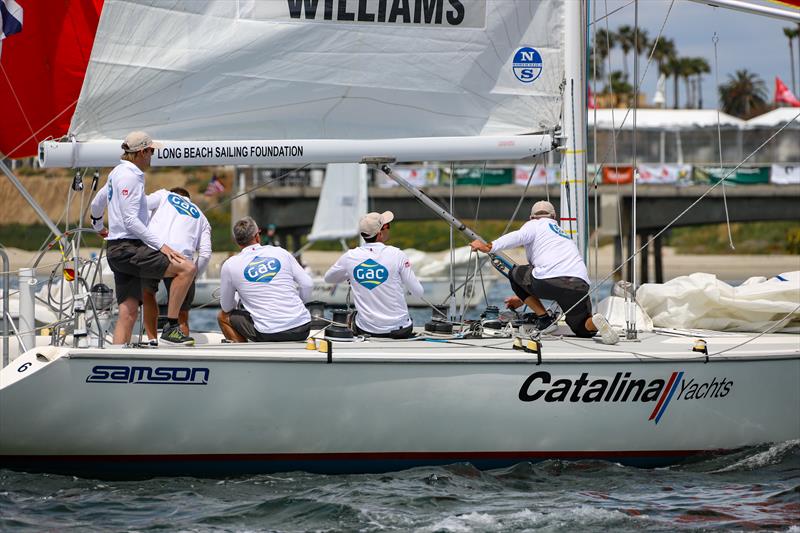 He credited, in part, the morning yoga his team has added to their routine; starting the day out “centered, limber, and emotionally neutral.” Following his success, with five wins out of six matches, sailors may be flocking to the yoga mats the next four days.

The Congressional Cup is one of the leading match race events in the sport, bringing top talent from around the globe to compete in this exciting one-on-one competition. Established in 1965 by the Long Beach Yacht Club, it is recognized as the “grandfather” of match racing, pioneering the concept of on-the-water umpiring 30 years ago. 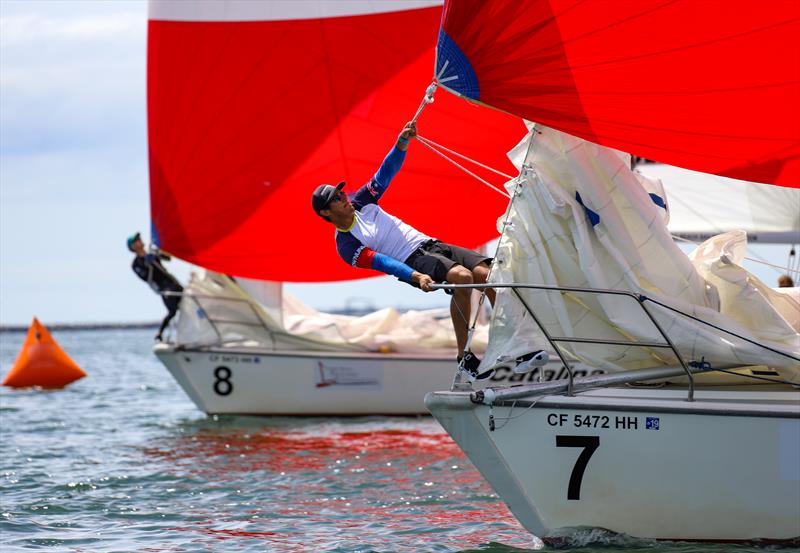 Racing continues through Sunday April 7 as competitors battle through a Double Round Robin series, to advance to semi-finals and finals over the weekend. Racing takes place in the Congressional Cup Stadium, a designated course off the Long Beach Belmont Veterans Memorial Pier, where spectators can enjoy the action and commentary, free, from 11:30AM to 5PM daily. 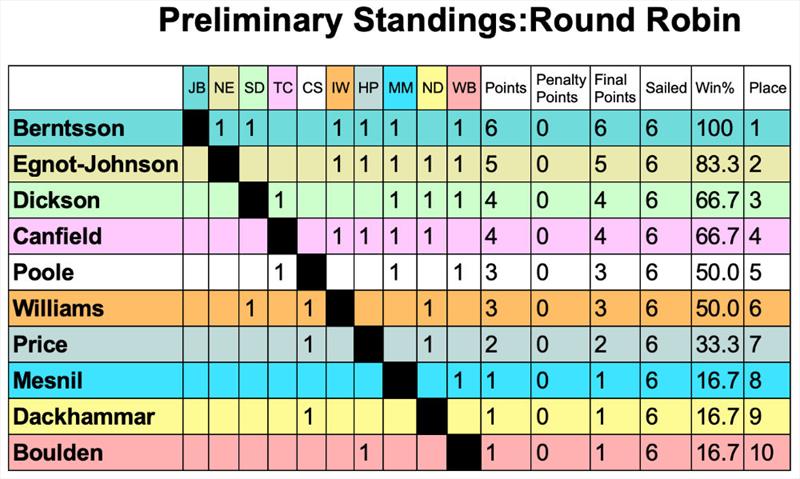 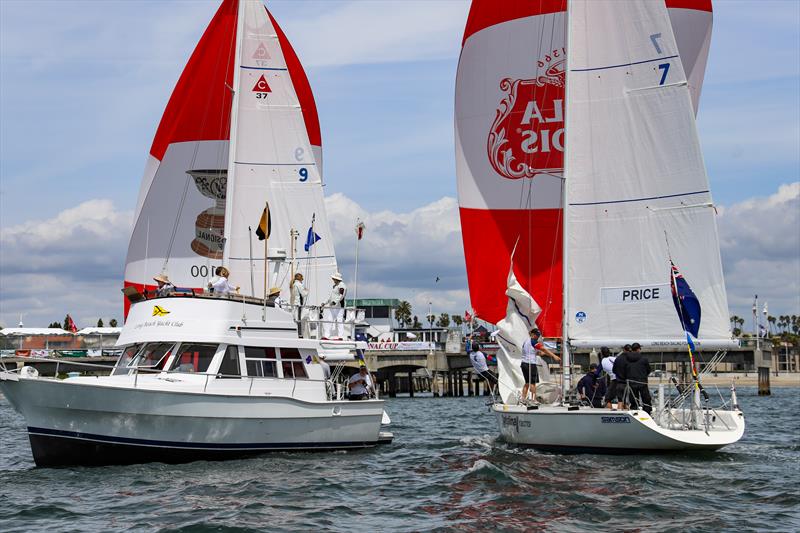