While some of the world's most competitive yachts come to compete in the Block Island Race, racer-cruisers and even full-on cruisers have a chance to bring home some silver. Elena, a 35-year-old Alden 50 competing in her first Block Island Race © Rick Bannerot, Ontheflyphoto.net

Storm Trysail Club Rear Commodore and Block Island Race PRO and Event Co-Chair Ray Redniss posted today the Notice of Race (NoR) and opened the event page on Yachtscoring – Block Island Race NoR to accept entries. The 186nm race is scheduled to start Friday, May 22.

Ray commented “Just like classic race boats sometimes need to be optimized for better performance, we really wanted to update the 75th running of this annual race to encourage maximum participation.

For the 75th edition we will use YB Tracking for the first time. Navigators and race fans both love this feature. In another innovation for this year, double-handed entries will start and race with their fully crewed classmates, just like the Fastnet Race. This gives them an opportunity to compete for class silver as well as against each other for double-handed podium spots. Additionally, within the double-handed entries there will be a trophy for the top mixed-gender team. This nods to the Olympic Offshore discipline slated for the 2024 Games. Note that we have adopted USSAILING Safety Equipment Requirements USSER “Coastal” plus a raft as the safety standards for the BI Course. These are very close to those used in the past, but we are trying to standardize sets of regulations, particularly when boats are preparing for the Bermuda Race. We will soon be announcing details about our expanded pre- and post-race parties and awards events. And if that wasn’t enough, we also have a nifty new logo!”

Perhaps most importantly, the Race will feature combined ORC/IRC scoring in the same methodology being used for the World Sailing ORC/IRC championships in September. Under this system, each boat’s elapsed time will be corrected under ORC and IRC and those corrected times will be averaged to produce the boat’s score. That event, run by the New York Yacht Club in Newport, is a rare opportunity for US racer/cruisers to compete for a Worlds in home waters. NYYC will also use this combined scoring in all of their events this summer. To facilitate this system, complimentary ORC club certificates will be made available to boats that hold valid IRC or ORR certificates and which have not held a valid ORC certificate in the last five years. 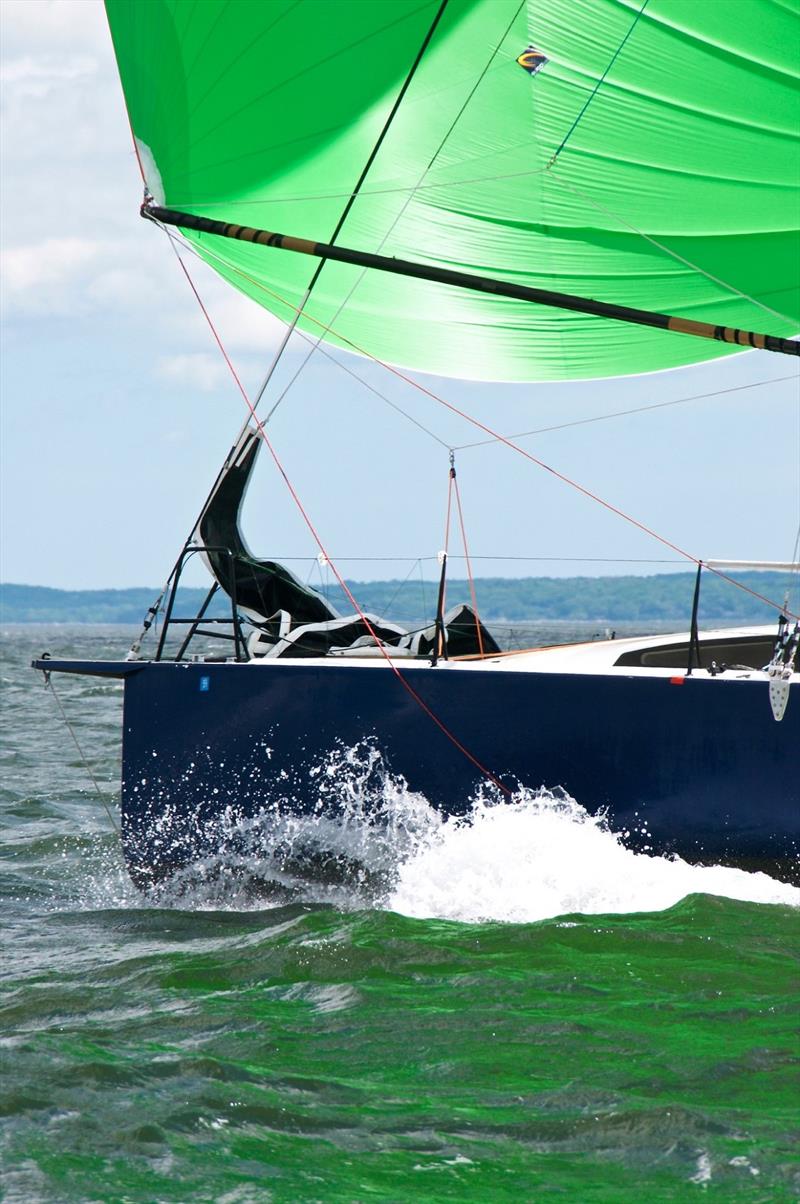 AJ Evans describes the thinking behind choosing the new ORC/IRC system: “Class size dilution from race organizers offering too many rules has become a real problem. We think that using combined scoring will lay the groundwork for STC – as one of the most influential clubs in the international sailing community, along with other important race organizers on the East Coast – to streamline VPP rule and class options for 2021. It might seem counterintuitive to utilize two rules when competitors tell us they want only one, but it is our expectation by the end of 2020 that boat owners will be in a better position to see how their boats actually fare under one rule compared to the other and how each is used in practice by race committees. We also hope that our use of combined scoring will encourage more participation in the Block Island Race and NYYC events given the similarities in ratings and scoring.”

Event Co-Chair Doug Lynn encourages all entrants and prospective entrants to read the NoR carefully as significant changes have been made to improve safety standards for boats (NoR 1.4) and crews (NoR 15). Doug points out, “With more than 100 days to go, it is easy for all to comply with a requirement which may well save a life! The links in the NoR and those found on the Storm Trysail Club website, as well as that of USSailing, offer many options for you and your crew wherever they may be. These events often sell out so please be sure to register early.”

The Block Island Race is a qualifier for the Northern Ocean Racing Trophy, the Double Handed Ocean Racing Trophy, and the New England Lighthouse Series (PHRF – For more details, consult the YRALIS Handbook or Stamford Yacht Club). The Block Island Race is also a qualifier for the De Coursey Fales, Sagola & Windigo Trophies, the du Moulin Cup for Double Handed Racing and the Youth Challenge Cup awarded by the YRA-LIS, as well as the Storm Trysail Club “Tuna Trophy” for the best IRC combined scores in the EDLU (40%) and the Block Island Race (60%).