Colin Maslen is one the most experienced boat captain managers in Australia, a boat builder and project manager.

Colin did his early years in the navy, he has skippered sailing and motor yachts all around the world. He is also a very sought after and experienced Ocean Racing helmsman competing in offshore events such as the Sydney to Hobart Yacht race. He is not only a qualified captain, but also has a number of very experienced skippers and captains working with CMM.

With the Sunreef 80 Bundalong, Colin has worked very closely with the owner even before the boat build was under way. Both Colin and the owner offered valuable input to the shipyard’s team, to be sure this boat was a highly successful build, it suited the owner requirements, and totally fit for purpose.

The Sunreef 80 is a fairly big catamaran. How does that affect her motion at sea?

Colin Maslen: The Sunreef 80 is a significant vessel that dwarfs other similar crafts. As a consequence the weight now allows a much greater window of operation at sea. Very rarely do we have to stow the crystal stemware due to the steady motion of this vessel. 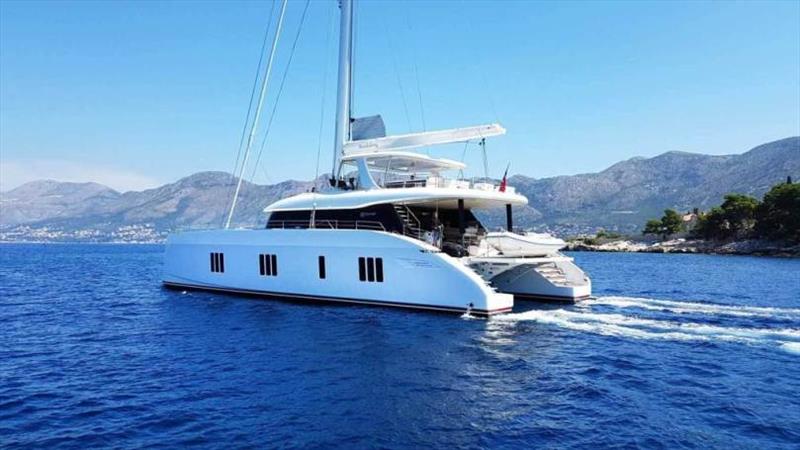 Bundalong has sailed in various weather conditions. What are your observations on her performance?

CM: Bundalong has been fitted with a furling boom that can accommodate the North Sails 3Di fully batten square top mainsail coupled up with the suited 3Di Genoa, huge amount of horsepower it effortlessly generated allowing to quickly reach a cruise speed of 7.5 knots within 12 knots of breeze. As the breeze builds it is necessary to reduce sail horsepower that can maintain 10 knots downwind cruising, and often using head sail alone can sail at 7 knots.

Sailing down the English Channel winds were 25 – 35 knots and we had 3 reefs in Main + 3 reefs in Genoa, slightly aft following sea at 3 – 5m maintaining speeds of 12 – 14 knots. Sailing through the Greek islands the winds were often 30+knts and we would motor sail with Genoa reefed to maintain 7.5 knots in 3 – 5m beam and forward seas (Ferries had stopped running due to weather). I found that slowing the yacht down to 7.5 knots was a far better ride.

CM: Bundalong has sailed in the last 12 months from Gdansk Poland through Kiel Canal Germany to Southampton UK. Then to Brest France and onto Portugal. Then around through Gibraltar to Barcelona Spain. Enjoyed Balearic islands then onto Cannes France. Then around the Italian coast to Croatia. Toured the islands of Croatia to then sail down to Montenegro. Next was down Corfu Greece thru Corinth canal to Paros and surrounding islands. End of season approaching send Bundalong back past southern Italy and up to Albania and across to Italy on the way back to Barcelona.

From Barcelona Bundalong sailed across to Gibraltar through to Tenerife and then Atlantic crossing to Trinidad (The Atlantic crossing was completed in very good time and still had 3000 Ltrs of fuel onboard). Enjoying the Caribbean island chain all the way up to St Thomas USVI’s and BVI’s. Finally arriving Fort Lauderdale. Often with good sail engine management the Bundalong has constantly maintained strong cruising speeds achieving 200Nm / day at fuel burn rates of 3 L/Nm in super yacht luxury. 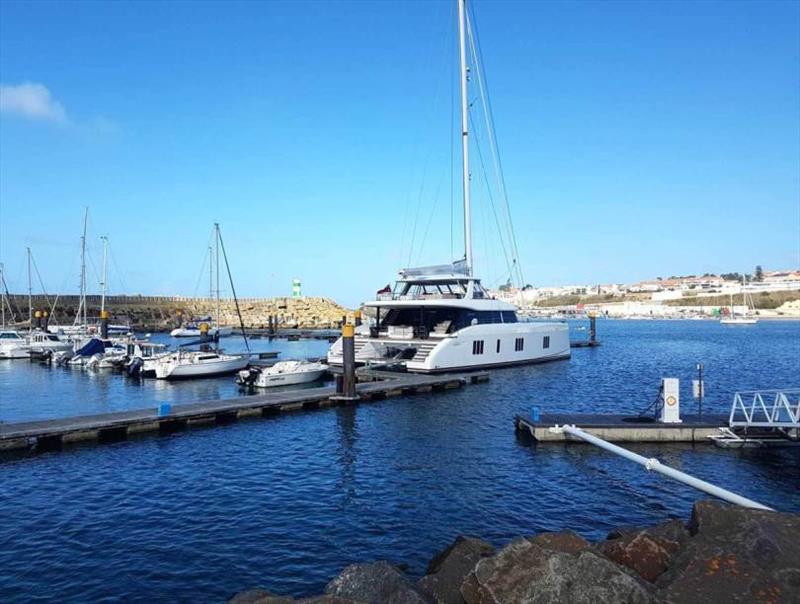 CM: It feels like home and we can efficiently meet guest flight schedules of world tours planned well in advance. 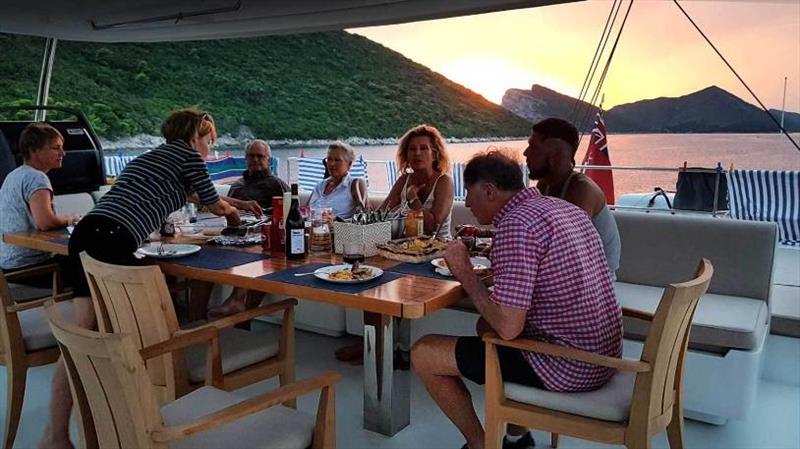 What is their favorite spot on the boat?

CM: Breakfast at the cockpit table enjoying early swim, Lunch at the flybridge enjoying the scenery as we are sailing and dinner after hot soaking showers at the saloon dining table to reflect with all guests of the days adventure, evening drinks at the transom steps watching the marine life in the underwater lights. 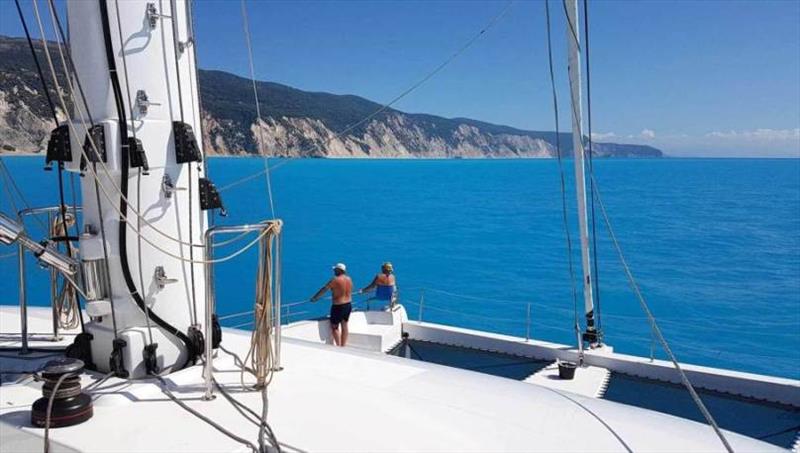 How do they spend time on board?

Did the Owner have a monohull before?

CM: This owner has had over 10 luxury power boats before discovering the sailing proposal. Now owning a sailing catamaran it has been an outstanding success and has exceeded the owner and his guests expectations in terms of comfort and efficiency. 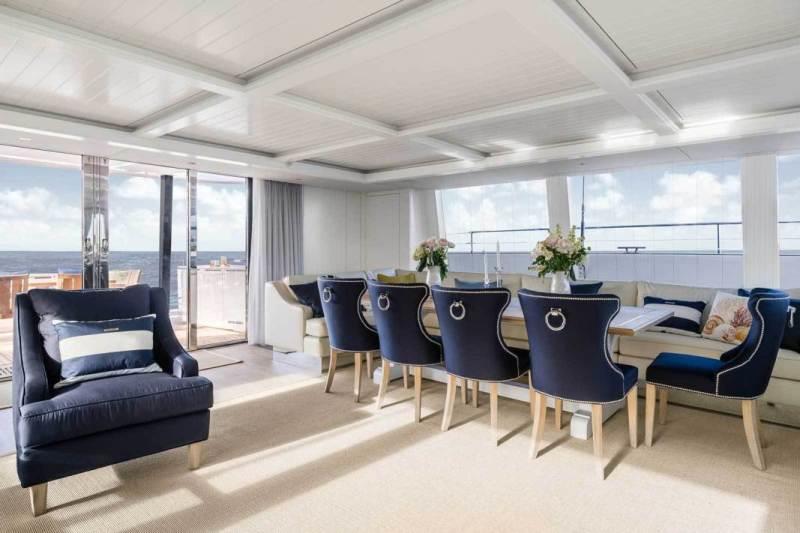 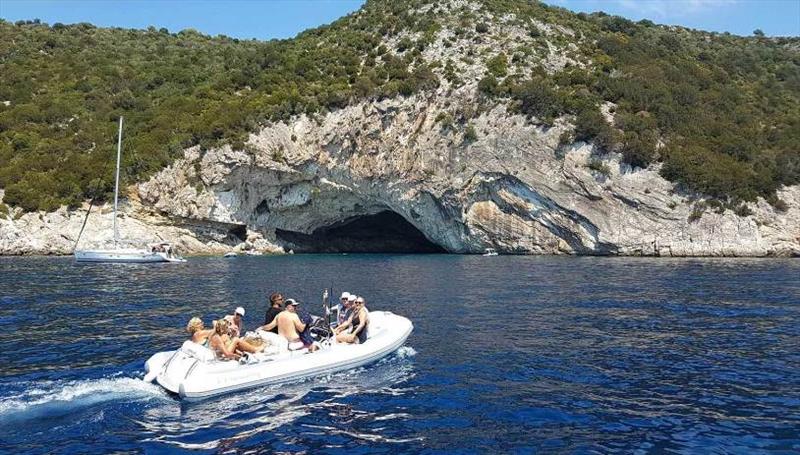 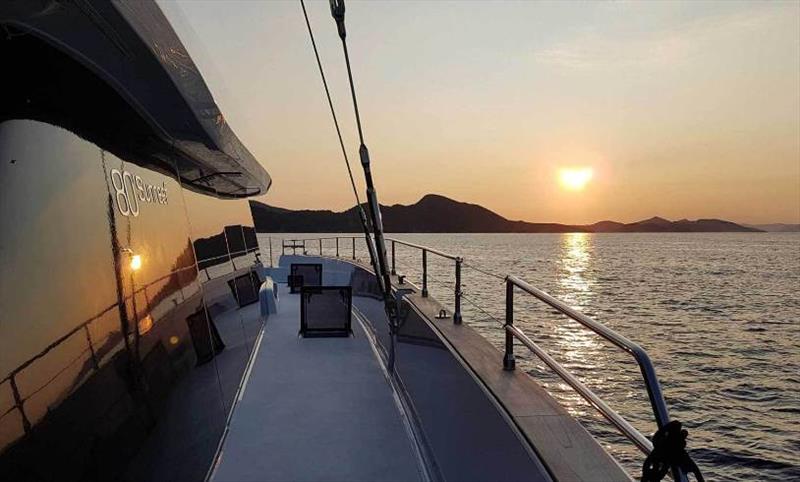 2020-06-07
YachtBoatNews
Previous: INEOS Team UK back
Next: Clipper Round the World Race