Entries have opened for Airlie Beach Race Week Festival of Sailing 2019, and Ray ‘Hollywood’ Roberts was the first to take advantage, putting his name to paper for the Whitsunday Sailing Club (WSC) hosted Festival of Sailing to be held from 8-15 August.

Roberts is bringing his Botin 40, Team Hollywood, to take part in IRC Passage Division 2. He hopes will be joined by a strong fleet, such as the likes of Darryl Hodgkinson’s Carkeek 40, Victoire, along with others from Airlie Beach and Australia wide.

The Sydney-based yachtsman says, “I’m trying to promote the Fast 40 class in Australia – regattas where 40 foot boats take part – similar to UK where they are racing with great success.

“The 40s are comfortable to sail and require less crew. I think they’re the future in Australia the development of a Fast 40 class here would be a good thing – Airlie Beach Race Week is the perfect platform for this to happen,” he says.

A devotee of the tropical Northern Queensland regatta for 15 plus years, Roberts comments: “I’ve been coming there so long I’ve lost count of how many I’ve done! I enjoy Airlie Beach because it’s a unique place as far as the scenery goes. People think you don’t look out of your boat when you’re racing, but you do.

“I also love the consistent breezes; it’s great for sailing. The courses are interesting too a mix of windward/leewards and coastal racing – it’s a good combination.”

A well-regarded businessman and yachtsman, Hollywood competes at several events in different locations around the world, from ocean races to one-design competition and regattas. He has copious boats, from a Farr 55, predominantly used for ocean races in Australia, the Botin 40 for regattas and a TP52 in Asia.

He says: “It actually it helps to do different types of racing. It teaches you to not get stuck in your ways, to be flexible in how you set up your boat, look at your sails and handle your crew.

“I’ve watched a lot of very good sailors who might be good in an Olympic class and then adapt to offshore sailing the different styles work well.

Commenting on the 31st running of the event, WSC Event Chairman, Ross Chisholm said competitors have a lot to look forward to: “The first race will be mass start, with fleet heading first to Double Cone Island.

“After the overwhelming success of last year, this is only the second time a mass start has been part of Airlie Beach Festival of Sailing. It was popular with the sailors and spectators alike.” 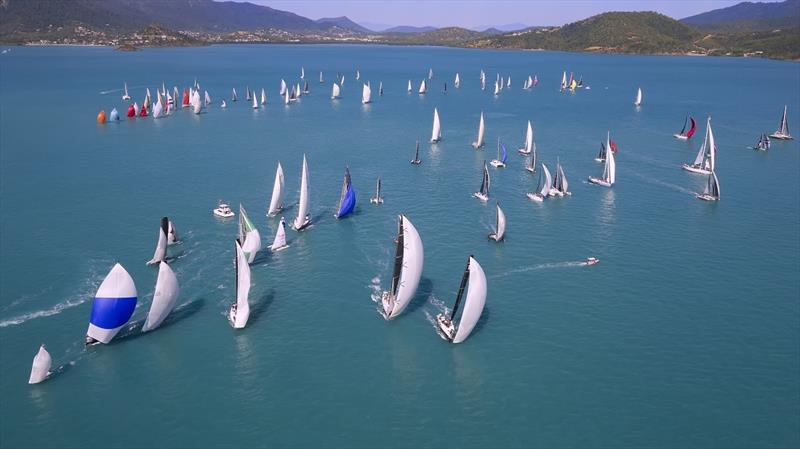 Roberts recently purchased EastSail in Sydney and has Workforce Marine in Sydney and in Asia, with chartering opportunities, which goes hand in hand with his sail making business there.

So before heading to Airlie Beach, ‘Hollywood’, whose enduring nickname features in all his boat names, will be in Asia to contest the Top of the Gulf and Samui Regattas. He spends a lot of time there between sailing and business.

It means Roberts will come fresh and ready for Airlie Beach, where he also enjoys the onshore aspect of Race Week.

“I like regattas that incorporate things for families to do ashore, because so many take the opportunity to make a holiday out of regattas in tropical and scenic places like this, bringing their kids and friends with them.”

In 2019, the onshore program will again comprise free live music and food stalls every afternoon and evening, held under the stars and the marque on the lawn at WSC. 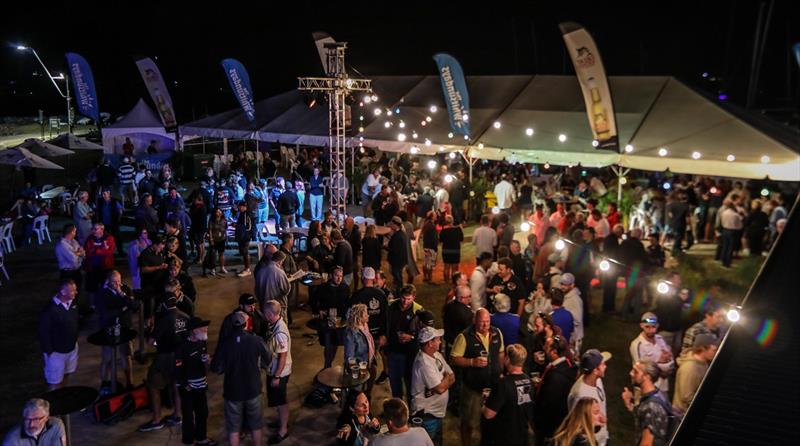 Incorporated into the festivities will be the increasingly popular long lunch, wine tastings and other activities. Locals will be joined by the thousands of visitors who flock to the beautiful Whitsundays from around the country and overseas.

“For the first time we’re adding a family beach party to our onshore program, because we are getting so many families attending,” Ross Chisholm said.

An official spectator craft is an option for those who are not racing, but would like to be part of the action by watching racing – and playing whale spotting.

Organisers are expecting around 130 boats will take part in Airlie Beach Race Week Festival of Sailing; their owners expected to arrive with more than 2,200 crew, family and friends.

For entry, Notice of Race and all information visit www.abrw.com.au/sailing/entries