As Coronavirus restrictions continue to ease around Australia, Whitsunday Sailing Club (WSC) is pleased to announce it is full steam ahead for Airlie Beach Race, the Week Whitsundays Festival of Sailing.

To be held from 6-13 August, the annual event will be held on a smaller scale. “If borders open, we are targeting around 80 entries,” Adrian Bram said. “At this moment we have 51 entries, which is comparable to previous years.”

Suffering the ill-effects of cabin fever caused by the pandemic, not to mention the cold weather inflicted on those who live south and south-west of the Queensland border, owners are keen to break out and leave town for the beautiful Whitsundays.

Opening borders is in the hands of the individual state governments, but that hasn’t stopped interstate hopefuls from entering. Among the early interest is Gweilo, a TP52 owned by Matt Donald and Chris Townsend. The NSW yacht finished second overall to Ichi Ban in the 2019 Rolex Sydney Hobart. 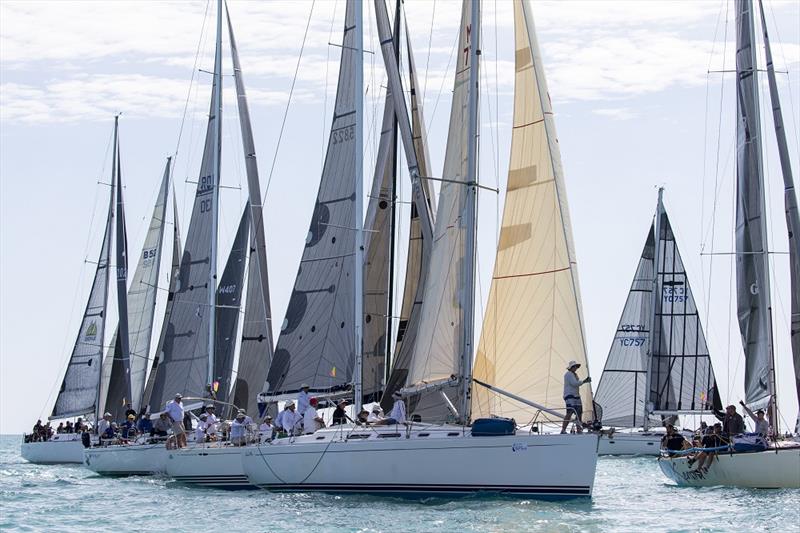 Unsurprisingly, Victorians exceed the rest of the states in terms of numbers. Cold weather at home is driving them north. In the Rating Passage division alone, Rob Date’s Scarlet Runner II, Gerry Cantwell’s Carrera S and David Currie’s Ponyo are ready and waiting.

Should the borders remain closed, Bram says the event will nevertheless go ahead: “In that case, Airlie Beach Race Week will return to its roots,” he said, meaning it will be an all- Queensland regatta.

And there is a high profile new entry from Queensland, with Glenn Burrell entering Black Diamond, the RP42 better known as Black Jack Too.

Burrell purchased the boat from Peter Harburg early this year and intends campaigning her locally and in major offshore races. Don’t be surprised to find Harburg’s prominent skipper, Mark Bradford aboard.

Onshore action at WSC will be limited to 100 people in one sitting at this stage, pending further advice from the Queensland government. 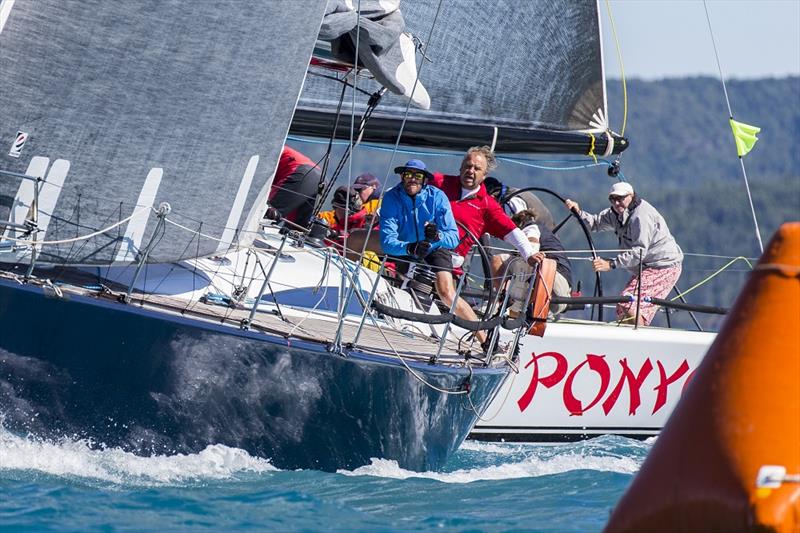 “Winning crews from each division will be invited back to the Club for the daily prize presentation. It will be live streamed so all competitors can share the glory from the comfort of their cockpits,” Bram says, reminding would-be entrants “Do not need to pay an entry fee until respective border openings are confirmed.”

Prior to the lockdown, Ian Edwards had entered his much travelled Wings, a Dehler 46, in the Performance Cruising division. The NSW yacht was last at Race Week in 2018 and finished the75th Sydney Hobart, among myriad sailing events on the eastern seaboard.

“I enjoy Airlie Beach Race Week and I hope Australians all do the right thing during this virus that we can keep on enjoying the racing,” he said.

“If we do all the right things, we’ll be able to sail and race again. If we stay on task and minimise the impact to sailors, officials, administrators and the public in general, we will be alright. The most important thing right now is to do what is being asked of us – to stay healthy,” Edwards stated.

Airlie Beach Race Week Race Director, Ross Chisholm, said that racing will be “Business as usual,” but with a possibility of a diminished fleet, some rearrangement of divisions may be necessary.

“However, the Whitsunday islands are still there, providing a fantastic backdrop for racing,” said Chisholm, who advises courses will be reviewed and set to provide great competition for entrants.

WSC is once again calling on volunteers to assist with the regatta. Experienced volunteer coordinator, Susie Jones, will manage the volunteers. Would-be volunteers are encouraged to visit the ABRW website (as below) to register interest.

Airlie Beach Race Week Whitsundays Festival of Sailing is the region’s premier sporting and entertainment event, attracting thousands of people from all over Australia and around the world.

Enter now at www.abrw.com.au where you will also find the Notice of Race and other information.