On and under water with Back in Black - Airlie Beach Race Week, day 3 - photo © Andrea Francolini / ABRW

Sunshine finally poked through the clouds, and competitors aboard the 64 competing boats at the 2020 Airlie Beach Race Week Whitsundays Festival of Sailing did not find the anticipated 15 knots, instead the breeze peaked at 8 knots.

Entrants in the Performance Racing division took their turn at windward/leeward course racing, sailing two races of two laps each in 6-8 knots. Mister Magoo is making her 12th appearance at Race Week, while her owner, Goggles, has done even more. The pair sit atop of the division scoreboard after co-winning Race 4 with Malcolm Dean’s ‘The Stig’.

Both boats are from Queensland, but with one difference – Mister Magoo has been at it so long, she has a young fan club, and some members were on hand at the Whitsunday Sailing Club today.

Previously, Mister Magoo has won three different divisions at Airlie Beach and scored second and third places too. “We go to whichever division has the most boats and that way we get more competition,” Goggles said.

Damian Suckling excelled again with his well-named Top Gear in the first race of the day, he and second placed Mister Magoo finishing a mere 39 seconds when the handicaps were applied. Top Gear was on top of the leaderboard with Mister Magoo one point behind.

But when Mister Magoo returned the favour in the next race, its advantage leading into Tuesday is one and a half points.

Goggles: “Vivace took line in both races and we were second. But it was really close between The Stig, #Spank and us. We got lucky and got away at the last.

On Top Gear, Goggles said, “They are sailing consistently well; much better than last year. We’re all kind of close though, so it makes it more interesting.” 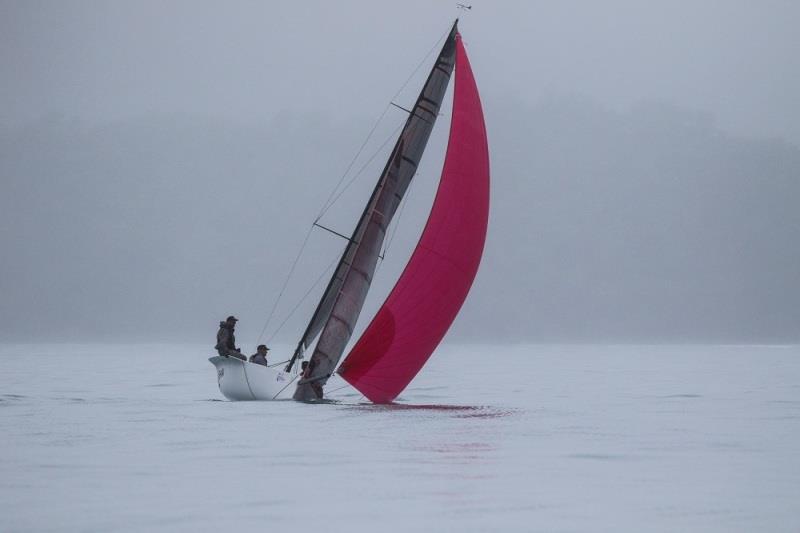 All the other divisions, including Multihull Racing, were on longer island courses. Michel Van Der Zwaard’s Extreme 40, Back in Black had the goods in Race 3. Her winning corrected margin from George Owen’s F28, Charleston, was just over 23 minutes.

“We are very happy,” Van Der Zwaard commented. “We have a mixed crew on the boat. Two are from The Boatworks – Julian the skipper and Max. They have been very successful in Australia. So we have two of the best crews together on one boat.

“We had everything weather-wise, from not much, to 6-7 knots at the most. We had a terrible start and it took us a minute to get going. We still made it to the top mark just behind ORMA 60 (Dale Mitchell), but then they got away. They stayed out in current, while we hugged the rocks, and we got in front of them again.

“We saw them stuck at Denman and thought there was a problem – but when we got there, we discovered what the problem was – we were both stuck in half a knot of breeze!

“We made mistakes, but we made good decisions too. It was a great day out, Van Der Zwaard said.

Questioned on the speed of the ORMA, the first to race in Australia, Back in Black’s owner responded: “We see the guys at the start line, and not again till we’re back at the Club!”

“The amazing thing is, they stood off the start yesterday, then came flying in at 20 knots and timed the start perfectly. They are such good sailors.”

Tomorrow is lay day when crews will relax or train before returning to race on Tuesday.

For full results and all information, including social bookings, please visit: abrw.com.au 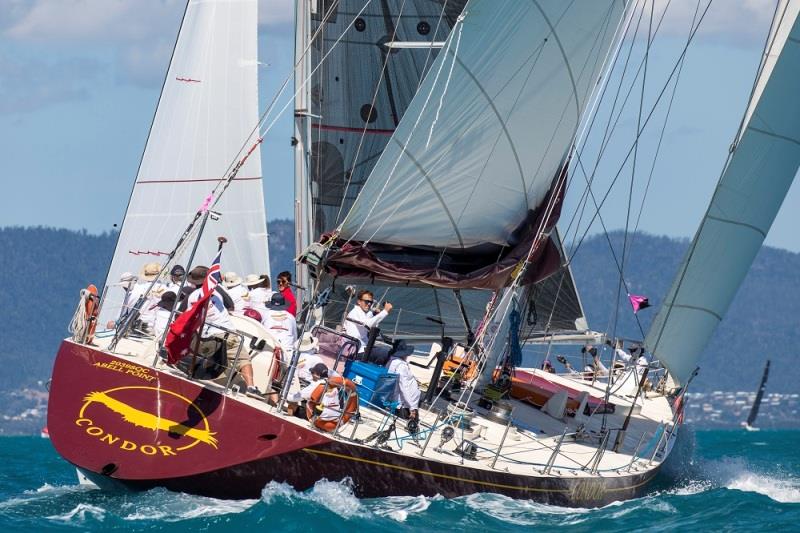