A hurried couple of days Practice racing started today on the Hauraki Gulf, in a location that organisers wanted to be kept secret.

It didn’t stay secret for too long after Emirates Team New Zealand made their third admitted capsize, as Te Rehutai lost her cherry.

The team are saying it was operator error, after the crew lost control after a high speed gybe at the end of a windward leeward – as the Kiwis lined up to round the bottom mark. They were under pressure from a much improved INEOS Team UK – who took the Practice Racing seriously and took to the home team with a match racing tactical strategy. It was vintage Ainslie applying relentless pressure and four-time Olympic Gold medalist got the reigning America’s Cup champions to crack.

The racing was conducted in champagne conditions – excuse a very hackneyed phrase – but there was plenty of fizz with four AC75’s racing in a beautiful southwesterly breeze clocking in at 18-23kts, flat water and bright sunshine. 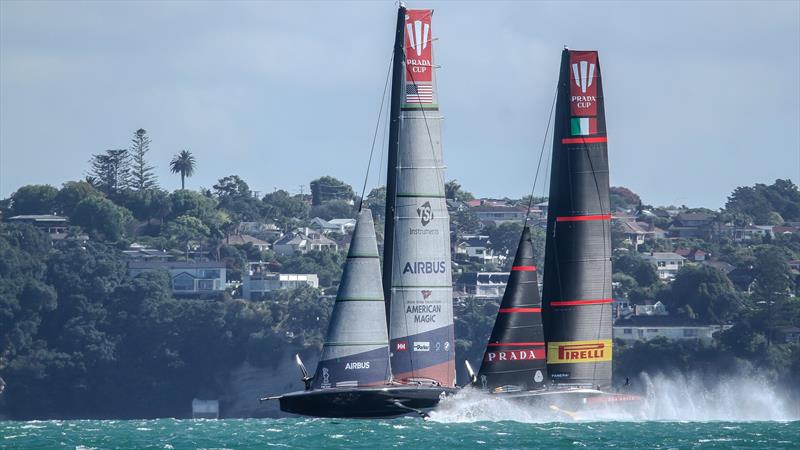 A schedule of five races for the two pairs was in place with Luna Rossa Prada Pirelli matched against American Magic, and INEOS Team UK against America’s Cup champions, Emirates Team New Zealand. A schedule of practice starts, and wind leeward courses was set down for both pairs, with Italy and USA leading the way for their sequence, with the Brits and Kiwis then taking the stage.

Luna Rossa and American Magic continued this first Practice Day the same way they had with the five before the America’s Cup World Series in the second week of December. Their practice was punctuated with one boat starting with a timed run at the line, and the other doing the same several boatlengths behind.

The first would then wait for the other to draw level, and then they would start the leg. It was hard to follow exactly what was supposed to be happening – and how seriously the training session was being taken. Part of the reason for the Practice Days – which were ordered by the Arbitration Panel decision on Friday, to further test the Race Management System – which provides data to the AC75 onboard systems as to mark positions, course boundaries, start and finishing mark positions and penalties.

It was conceded that there were issues with the system during the ACWS giving rise to complaints from the competitors. Between the two series developers from supplier Circle-O had been working on the software application over the Christmas/New Year period – and this was the first and final time for on the water testing, before the start of the Prada Cup. 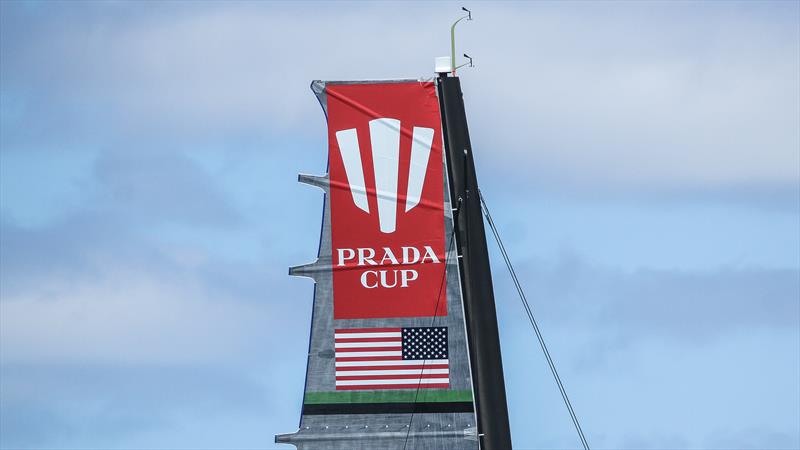 One explanation for the timed run starts of Luna Rossa and American Magic was to test the accuracy of RMS. No start time was displayed on the Race Committee vessel for the starts using the first pair of boats. But the countdown clock came to life when Emirates Team New Zealand and INEOS Team UK started their session.

Part of the Arbitration Panel decision was a declaration that normally prohibited training in a co-ordinated manner with another AC75, was permitted during the two Practice days. INEOS Team UK and Emirates Team New Zealand made good use of this concession with a series of fast runs around the top and sides of the course – with the two boats pacing each other at high speed mostly reaching and downwind. However there is always the nagging question as to whether one or both are sailing at race pace.

The Brits and Kiwis carried this aggression into their fore-shortened practice sessions, with match racing tactics being employed at the start, instead of the timed runs of the first pair. Ainslie led over the start line on both starts, but not by a significant margin. Burling’s style is often to be a close second out of the start, and then look for a passing lane and use a boatspeed advantage to gain the lead. 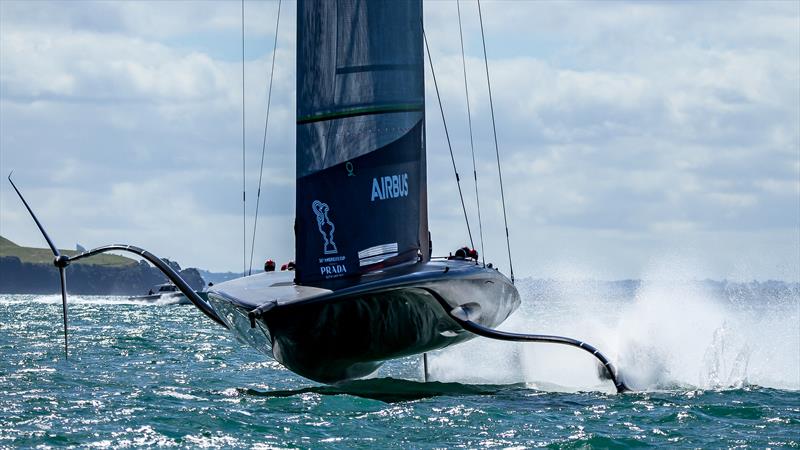 Significantly in Bermuda, in the Challenger Final – the most keenly contested series in the America’s Cup regatta, it was Artemis Racing that led at the start, and around most of the marks in the Final. However Emirates Team New Zealand’s mark wins mostly came in the final stages of the race – and at the finish.

Today, INEOS Team UK was quite a different boat from that which was oft-criticized during the ACWS – when the Royal Yacht Squadron entry had reliability issues in a breeze and couldn’t foil in the light.

There were no reliability issues with the Brits today. Skipper Ben Ainslie looked like he could push the boat hard, and made the seemingly invincible Kiwi team crack under pressure.

That is not to say Emirates Team New Zealand were not impressive – as seen in the ACWS, when the occasion warranted, they can definitely find a fifth gear/light the afterburner when the need arises.

Most of the time today the photoboat was at the start leeward mark area – apart from the windward leeward sailed by the Brits and Kiwis (and the capsize, dammit). 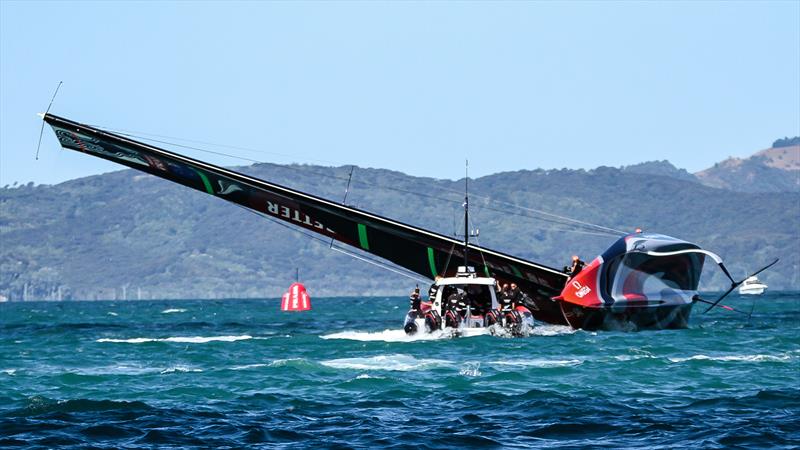 At the top mark we saw Burling to push Te Rehutai’s bow up by more than a few degrees – sail out from underneath the British – gas them and round the windward mark, before heading off down the run. What trade-off Burling made with the AC75’s boatspeed to achieve this feat is not known. However the move did look impressive.

Ainslie had no other answer than to put his bow down, building speed, tacking and rounding the other gate. The two gybed across each other a couple of times on the way down the 1.7nm leg before the Kiwis fell over after exiting a gybe.

The capsize was remarkable for its recovery.

Unlike the nosedive in the Semi-Finals in Bermuda (also racing against Ben Ainslie), where the AC50 catamaran shattered on impact with the Great Sound, Te Rehutai suffered no apparent damage or injury to her crew. Instead of taking 40 minutes to be righted, the AC75 took less than four minutes, and could have raced again. Given the fresh conditions, probably over the wind limit for starting a race, the Kiwis decided to give it away for the day and was towed home on her foils, for a check over ahead of the second practice session on Tuesday.

That will again take place on a secret location, which we are not permitted to reveal.