“The jury is still out in the Brits’ light airs performance. But if the breeze comes in for the Prada Cup, which gets underway in just over a week, the Challenger Selection Series will definitely be a three way contest.”

If we may be excused, those words written 11 days ago proved to be prophetic on the Waitemata Harbour today, in the opening two races in the Prada Cup.

At that time INEOS Team UK were a laughing stock around most of the sailing world, and around the holiday barbeques. Everyone had a theory on the hapless British America’s Cup team.

The media just machine-gunned skipper Ben Ainslie at every press conference. You couldn’t help but admire the way the most successful sailor in Olympic history took the media bullets.

However few commentators had gone on the water, or even just down to the Auckland waterfront, to see for themselves – preferring at best to look at videos, or at worst recycling old copy with a new spin on hackneyed, tired storylines. They cheat their readers/viewers. 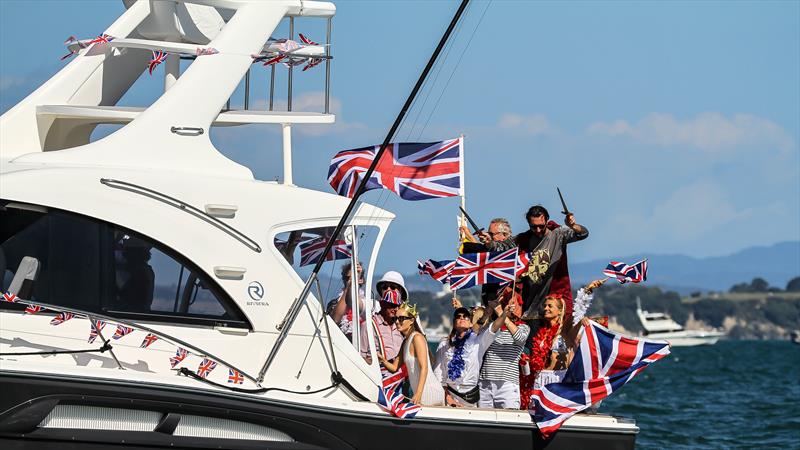 In the last-minute practice racing earlier this week, it was obvious to anyone who had been on the water for the America’s Cup World Series, that the British team had improved on their mid-December performance. They looked quick – even if the over the line results didn’t reflect the changes made.

However broken down, and separating the bad bits from the good – the potential was definitely there.

One of the British team stepped into the carpark lift with me, as we both headed home tonight. She looked shell-shocked. I congratulated her and said “well done, that’s a monkey off your back!”

All I got back was a very weary but very happy grin. The simple gesture said more than a torrent of words.

On the water, the most emotional moment of the day wasn’t seen on the TV cameras.

It came after the finish of the second race in the first Round Robin.

A boat full of British supporters sailed over to Britannia, flying a flock of Union Jacks, and with “Jerusalem” the unofficial British anthem popular with Rugby fans blaring from the sound system, and augmented by the vocal on-board choir. These two wins today were their Heaven.

It was an emotional time for anyone, who’d seen the British AC75 finish 5,500 metres behind America’s Cup champions Emirates Team New Zealand, just 26 days ago in the Xmas Cup – and now had improved to take two end to end wins on the first day of the Challenger Selection Series for the Prada Cup. 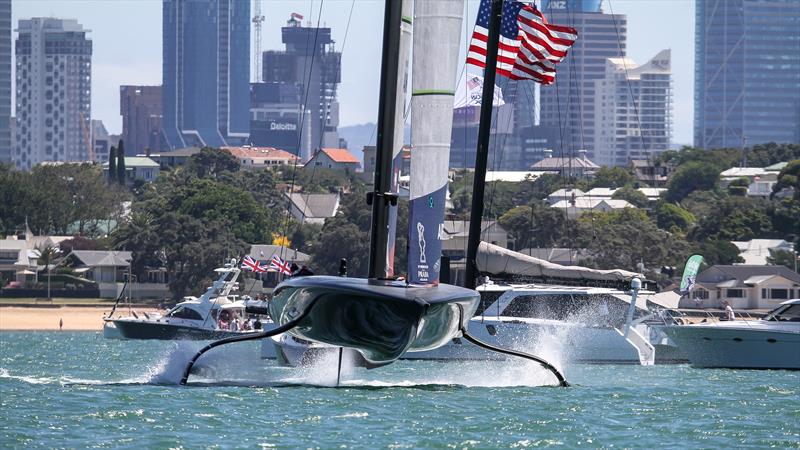 Emotional too, remembering how different life is for this teams’ family and friends back in pandemic-stretched mid-winter Britain.

There was little emotion displayed on the British boat after crossing the finish line, having beaten the highly fancied American Magic by 79 seconds, and Italy’s Luna Rossa by 28 seconds. Those margins are significant in regular monohull racing let alone at the speeds of well over 40kts downwind in the foiling AC75’s.

Indeed it was only when skipper Ben Ainslie gave a brief wave to acknowledge the patriotic efforts of the America’s Cup division of the Barmy Army, were the serious discussions broken up on the foredeck of Britannia II.

Today was the most significant day in British sailing history, since August 5, 2012 when Ben Ainslie won his fourth Olympic Gold medal at Weymouth, and compatriots Iain Percy and Andrew “Bart” Simpson won the Silver, and came oh so close to winning the Gold in the Star class keelboat.

At the media conference tonight it was Ainslie’s turn to answer the admiring questions as the other two skippers copped a few soft shots from the press.

Auckland turned on a beautiful summer’s southwesterly breeze of around 15-17kts. Sailing at speeds, that came close to 50kts on occasions, the AC75’s were a spectacular sight against the backdrops of downtown Auckland, and the green hills of North Head and Bastion Point.

The AC75, as a class has come in for a lot of criticism since the class concept was announced in late November 2017. It most trenchant critics have never seen an AC75 sailing – except on video.

Over the past month, in fact on the second day of the America’s Cup World Series, we’ve seen more and more match racing strategies applied to the class – something its critics claimed would never happen in these speed machines. 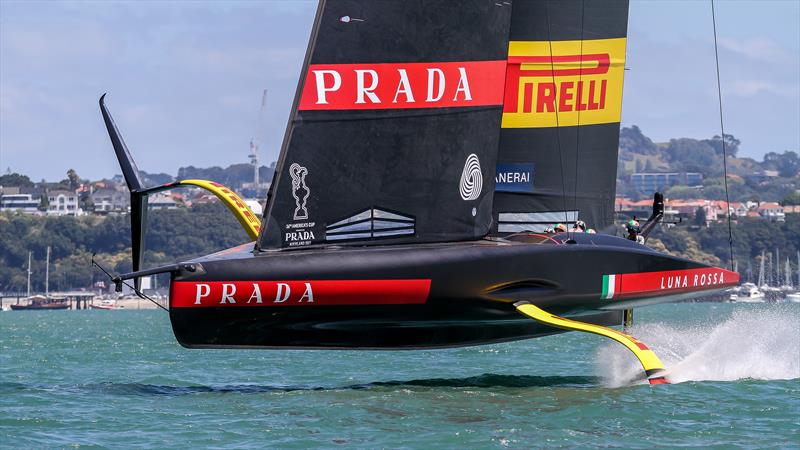 Today, both races were typical match races. The British gained a small advantage in both starts and were able to cover and extend in both races. Looking at the race data they appeared to enjoy a boat speed and VMG advantage over both their competitors.

That observation is backed by the race statistics when the British were able to hold and mostly extend their margins on 11 of the 12 legs.

Of course, upwind close covering would see the margin increase on a trailing opponent. But it was downwind where the big gains were made, and it can’t be argued that the British carried more pressure down the 1.8nm legs, every time.

Sorry, but in these conditions INEOS Team UK have a speed advantage over the other two challenger teams.

Much was made in the commentary about protecting the right hand, or North Head side of the course – but would that have been a successful tactic against a faster boat? Probably not, and even more difficult in an AC75 which has the ability to sail deeper.

This performance was repeatable – in that against two different teams, and boats, INEOS Team UK was able to sail a very similar style of race and have two comfortable wins.

At he media conference, Ainslie was cagey as to where the gains had been made. At the session prior when asked as to the changes made, he rattled off a list of just about every component aboard. As late as last Tuesday, in the Practice racing INEOS Team UK was still testing two different wing styles. They had to declare their configuration for measurement purposes the following day, and today was the first chance they had to test their preferred configuration in a race – practice or otherwise. By any measure, the Brits have made some brave moves – and they paid a hefty dividend today.

Tonight Ainslie commented that we was still unsure of Britannia’s performance in lighter winds.

In the practice session on Tuesday, when the beautiful seabreeze went soggy for a few minutes, INEOS Team UK did fall off her foils once – for several minutes, when leading Luna Rossa – allowing the Italian to skate through to leeward.

So there are definitely still questions to be answered about Britannia’s performance in 7-9kts of breeze.

The big difference seems to be that the British now have a boat and setup which looks a lot easier to control, meaning that she can be driven harder. Her crew are well-drilled and the crew-work slick. They are now sailing on confidence. From on-board conversations and just looking at the Brits’ sailing performance – they are impressive. And with that level of confidence and support, Ainslie is a formidable opponent.

At yesterday’s opening media conference for the Prada Cup, Patrizio Bertelli, CEO of Prada told the competitors, in a reference to the COVID pandemic afflicting most of the world: “you have a commitment and a responsibility towards the world who is following you to deliver great sportsmanship and sporting event”.