Ninety-two years of history is a record that not many sports competitions can match. With the number of teams and the unparalleled talent on the water increasing each year, the Bacardi Cup Regatta is among the world’s most iconic sporting events.

For 56 years, this event has had the pleasure of calling the beautiful warm waters of Biscayne Bay its home.

This year, the Organizing Committee decided to extend an invitation not only to the Star Class, but also to other one-design fleets, making the 2019 Bacardi Cup Invitational Regatta the most attended spring sailing event. The J/70 class, the fastest-growing one-design fleet in the world, has been invited for the second year in a row, while the successful long-lived Melges 24 class will make its return to Biscayne Bay along with the high-performance classes represented by the Viper 640 and Flying Tiger 7.5!

Racing gets under way in Biscayne Bay on Monday, March 4 for the Star Class. Racing for the J/70, Melges 24, Viper 640 and Flying Tiger 7.5 classes starts Thursday, March 7. The Star fleet will compete in a single daily race of proper endurance racing, which is the traditional format that the more than 100-year-old class dictates and exactly what the sailors relish. The other four fleets will sail 8 races scheduled across three days. 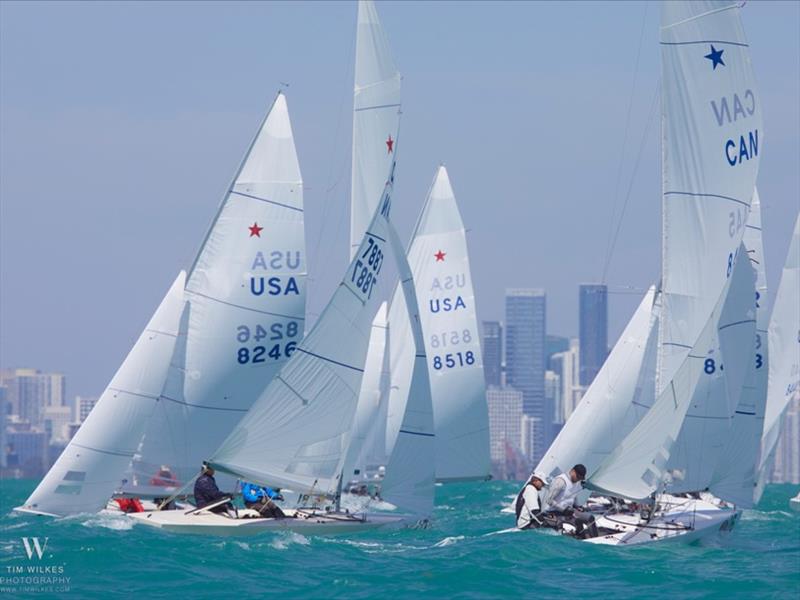 The 2019 Bacardi Cup Invitational Regatta has a recording-breaking 166 entries, with more than 500 sailors attending. World champions, Olympians and America’s Cup legends will be on the starting line. The most shining one will traditionally be the Star Class, with the many heroes that still competitively race in it and sport the Gold star on their main sail for winning at least one Star World Championship. We are excited to have competitors include the very eclectic Paul Cayard (USA), who has been sailing Stars for 40 years alongside his successful career in the America’s Cup and big yacht racing; Xavier Rohart (FRA), the Bronze Olympic medalist in the class in Athens; Lars Grael (BRA), a two times Bronze Olympic medalist in the Tornado class; and Mateusz Kusznierewicz (POL), the Gold and Bronze winner at the Olympics in Atlanta and Athens in the Finn class.

Amongst those targeting victory in the J70 fleet is Brian Keane (USA), who has raced the J/70 since the start; Vincenzo Onorato (ITA), who holds World titles in the Farr 40 and M32; Will Welles (USA) who is at the top of the leader board at just about every major J/24 regatta and Joel Ronning (USA) who finished first in the 2016 J/70 World Championships held in the San Francisco Bay.

A robust Melges 24 fleet of 26 entries are present in Miami to kick-off the U.S. class’ 2019 National Ranking Series, an eight-part regatta circuit that spans the North American continent. Returning to the impeccable Biscayne Bay racing stage is current Winter Series overall ranking leader Bruce Ayres (USA), and Megan Ratliff (USA) who is in charge of the Corinthian division. Other major players include 2013 World Champion and Rolex Yachtsman of the Year Brian Porter (USA), Travis Weisleder (USA) and KC Shannon’s (USA).

In the Viper 640 Fleet, we are welcoming back Steve Chapman (CAN) Viper Class North American President, Geoff Fargo (USA) – West Cost Class President, Anthony O’Leary (IRL) and Mary and Jeff Eweson (USA). The Gulf Performance Sailing Foundation, a 501(c)3 from Gulfport, LA, with the purpose to promote sailing, will be sailing with all-junior crews.

The Flying Tiger Class will provide a “hassle free” regatta experience on fully rigged- and ready-to-sail boats, offering a three-day North-U Clinic where competitors can master their skills on the water.

Both Star and J/70 reigning champions will participate at the 2019 event: Diego Negri and Sergio Lambertenghi (ITA) will try to replicate their success in the huge Star fleet of almost 70 boats. Joel Ronning (USA), with his Catapult team, will try to be the fastest in the J/70 40-teams fleet.

Post-race, the BACARDÍ rum team will greet and host competitors each evening, with great food, music and plenty of BACARDÍ cocktails. BACARDÍ has sponsored the event since its inception in 1927. The nightly parties make sure the fun continues long after the finish line. Social events include the Bacardi Cup Welcome Cocktail kick off event at Coral Reef Yacht Club on Sunday March 4, the Mid-Week Party at Shake-a-Leg Miami on March 6 to mark the half-way stage of the event and the Prize Giving Dinner on Saturday, March 9. Race activities are directed by Coral Reef Yacht Club and Biscayne Bay Yacht Club, with the support of Shake a Leg Miami.