The twelfth edition of the Bartercard Sail Paradise Regatta concluded today in a strong and gusty southerly, with the sporty conditions testing the sailors who did take to the water to race.

“It’s called Sail Paradise, not Survive Paradise” commented Race Officer, Southport Yacht Club’s own Mark Dingley at the skippers briefing ahead of racing, where the organisers opted to keep the Cruising and Trailable divisions on shore for the day.

Michael Small’s Mister Bojangles dropped their mast just under a nautical mile from the finish line at the Sand Pumping Jetty. The black spinnaker that was flying and all rigging were soon lost overboard. All are safe and back at the Southport Yacht Club enjoying well earned beers.

The strong overnight change that brought breeze of over 30 knots, and large swells were a strong contrast to most of the regatta. Since Monday, the 51 boats, and over 350 sailors have been competing on their offshore racetrack, much to the delight of Gold Coast locals and visitors.

“Today was perfect. Another absolutely glamourous day on the Gold Coast” said Dingley at the conclusion of the racing on Wednesday. “When you get twelve knots out of the same direction for five hours it makes the race officer’s job an absolute pleasure”.

Consistency was key for the current leaders of the IRC fleet, Crankstar, the Farr 40, owned by Andrew Wiklund. They did not score outside the top two for the races that they sailed, so also opted to stay on shore today and use their discardable race.

“We watched today’s race from the Surf Club” said Wiklund. “We are very happy with how the event went for us. We are a bit of a new team, we had Joel Turner and Tom Needham on board who are campaigning for the Olympics in the 49er [class]. It has been great to get some talented youth on board. We only had four over thirty out of the nine crew. Robbo Robertson on our team is 81 and still racing, so we had to average him out!”

The podium placings in the IRC Division were decided in today’s race, with Steve Curtis’ Aramax, also a Farr 40 pipping John Warlow’s 40.7 Dodgeball. 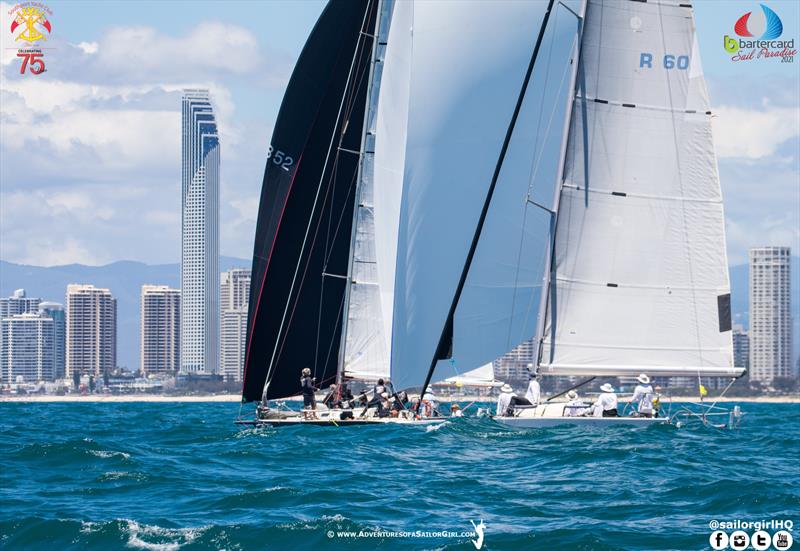 In PHS Division 1, it came down to the wire between Noel Hardy’s Envy, and Daniel Farmer’s B52. Xavier Doerr and his team on the Melges 32 Baby Aramax came into their own in the challenging conditions and took the race win, but it was Envy who managed to beat B52 to take the regatta win, even though both boats had their worst result of the regatta. David Rose on his new boat Reverie finished in a close third, and Danielle Hutcheson on Blunderbuss closed to finished fourth with a second in today’s race.

First and second in the PHS Division 2 division this morning were separated by half a point, so it was sure to be on for young and old between David Stoopman’s Easy Day and Jessi May Jackson’s Sunshine Jack. It was Easy Day who revelled in the windy conditions to take the regatta win, with Sunshine Jack and She rounding out the top three. 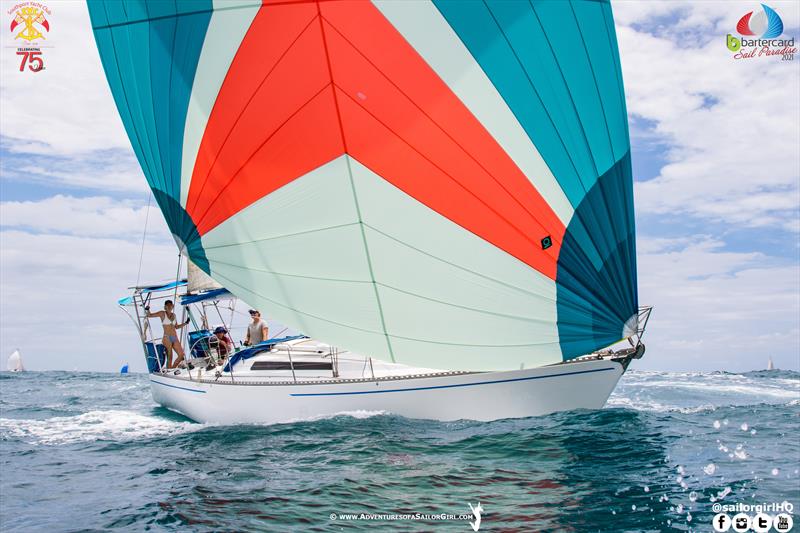 Christina owned by Scott Jones won the Trailable division following their performance in their series of six races, not finishing outside of the top four. The podium placegetters were Tim Jackman’s Dodgy Vindaloo and Dr. John Kearney’s Aqueous Humour. Competitors in this division included six Skud boats with sailors from the Southport Yacht Club’s Para Sailing Academy championed by Ross Manning. 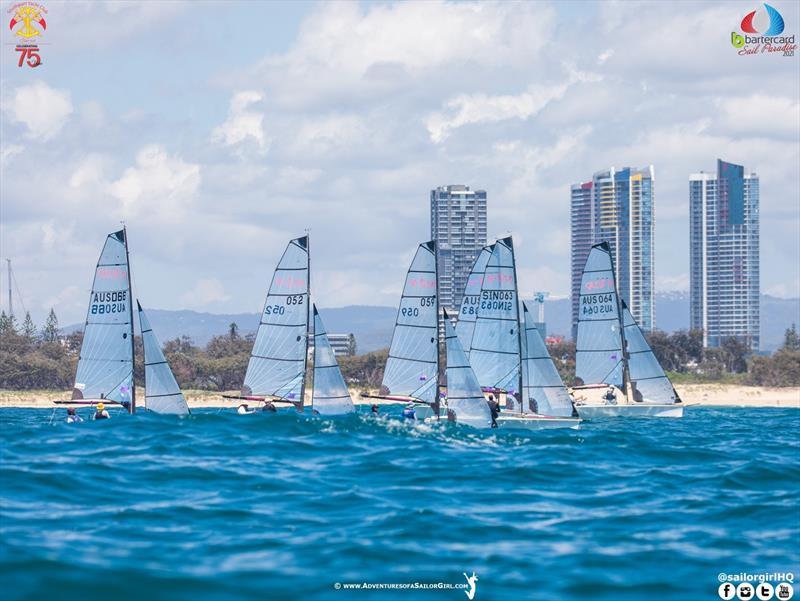 The Rolex Sydney Hobart winner for 1979, Bumblebee V was the winner of the Cruising division with current owner Graham Eaton. Their team included daily visitors and guests; we were especially happy to welcome local Gold Coast company Qoin to join in the racing. Second was Carlos Selby’s Pole Dancer and third was the catamaran Avalanche owned by Craig Molloy. Avalanche was the only boat that came out to the racetrack today for a joyride given their racing was cancelled. 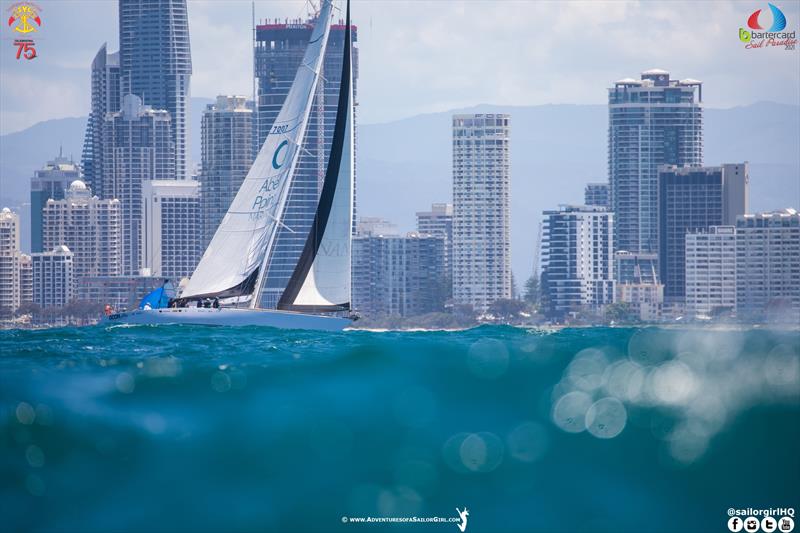 “We really hope that the 350 plus competitors and their families who travelled to our beautiful club have all enjoyed their time here on the Gold Coast, and we look forward to welcoming them, and whomever they share their experience with back in 2022” exclaimed Southport Yacht Club’s Commodore, Ken Tregeagle. 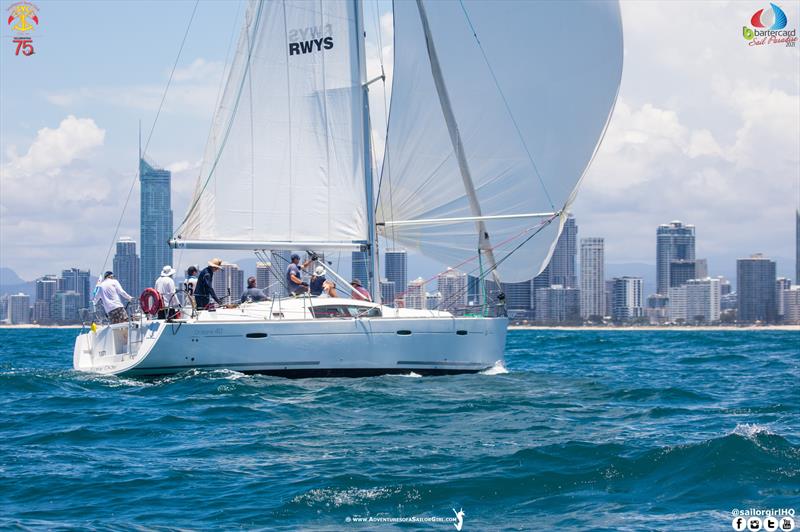 “Thank you to our sponsors who have helped to bring this regatta to you, including our naming rights sponsor for their third year, Bartercard, as well as Mercedes Benz Gold Coast, Club Marine, Windcraft, Aramax and Flow Sails”.