Météo Suisse was forecasting it for 24 hours: a serious storm was going to descend on the Bol d’Or Mirabaud fleet around 17:00. This warning was precise and played out to the letter!

After a start with light southwesterly breeze, followed by a pleasant afternoon, the sky fell on competitors’ heads with gusts of 50 knots, hail, no visibility… the apocalypse! Météo Suisse recorded peaks of 60 knots at the Bouveret: more than 110 km/h! The rest of the race was under light, irregular conditions, under beautiful sunshine and a nice thermal breeze for those finishing Sunday.

Bruised souls and calls of the apocalypse…

A fireworks display of distress flares: that’s what the lake looked like after 17:00.

Everybody likes precise statistics: crew members overboard, broken masts, sunken boats… these statistics don’t exist as sailors don’t always report their problems, minor or major. Boats with broken masts don’t always return to port yelling from the rooftops. What we know for certain is that there were 212 abandonments; rumors suggest 40 some broken masts and sailmakers can expect a lucrative season!

Several sailboats sunk, including Toucans Baloo and Ex-Psaros. Realtime, one of the race favorites lost its mast while five M2s capsized. Finally, the Libera Principessa flipped over and its crew recovered without injury.

Several crew members fell overboard. The safety teams, coordinated from the SNG and distributed over the lake, provided exceptional work and did all they could to assure crews’ safety. 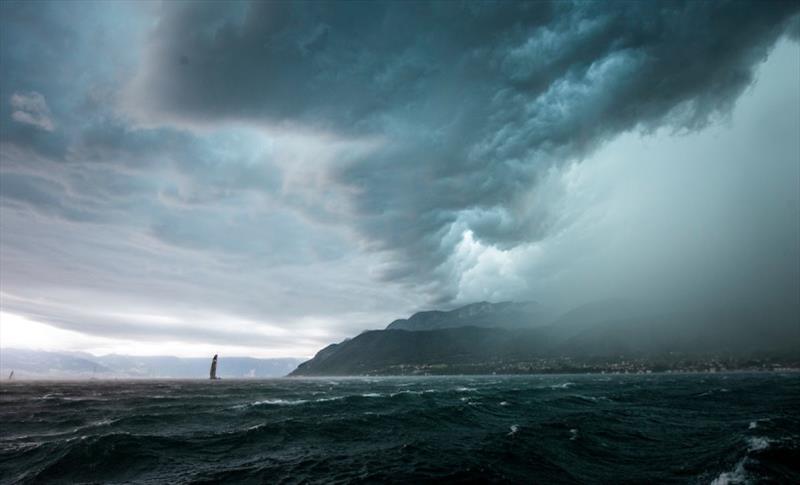 Participants in the Bol d’Or Mirabaud overall showed their great seamanship, explaining the limited number of “human” incidents. As Rodolphe Gautier, president of the organizing committee explains, “Météo Suisse forecast the situation very precisely and the information was passed on to competitors. People were therefore ready when the strong winds hit and they managed the situation well. They followed instructions even in the most extreme situations. From his point of view, the safety system worked well and the volunteers in charge worked with determination, without being overloaded. Hats off to all of them.”

“Mirabaud addresses its congratulations to Ladycat Powered by Spindrift Racing for its splendid victory. We also congratulate all the competitors who confronted extreme weather conditions, particularly a storm of rare violence. This 81st edition of the Bol d’Or Mirabaud will remain in our memories. Bravo to the organizers and volunteers for their professionalism and their sense of responsibility,” declares Nicolas Mirabaud, manager partner of Mirabaud. 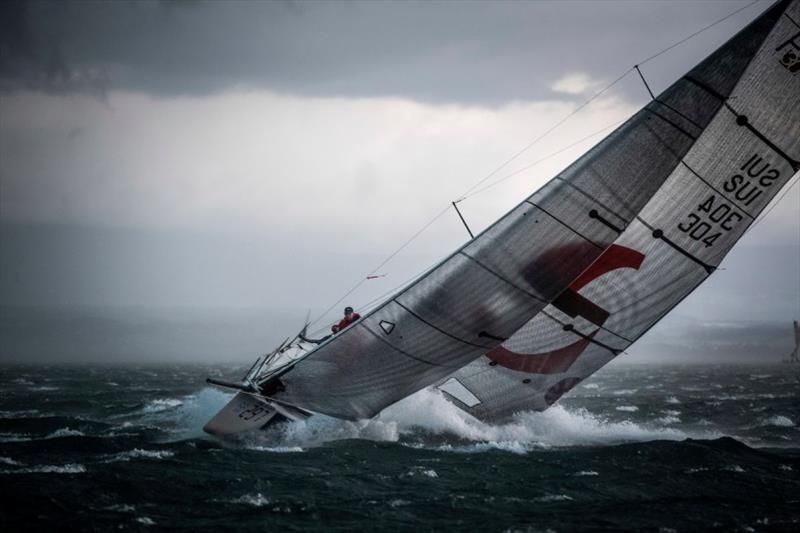 Ladycat Powered by Spindrift Racing emerges victorious from the storm

Ladycat Powered by Spindrift Racing led for most of the race, crossing the halfway mark as a leader. Yann Guichard and his team mastered the storm despite a mainsail blocked at the masthead. They then controlled their opponents until the finish line, crossed after 10h 36′ 21” of racing. Second of the race, Ylliam Comptoir Immobilier, helmed by Bertrand Demole, finished in 10h 39′ 38”, followed by Alinghi (Ernesto Bertarelli), in 10h 42′ 35” 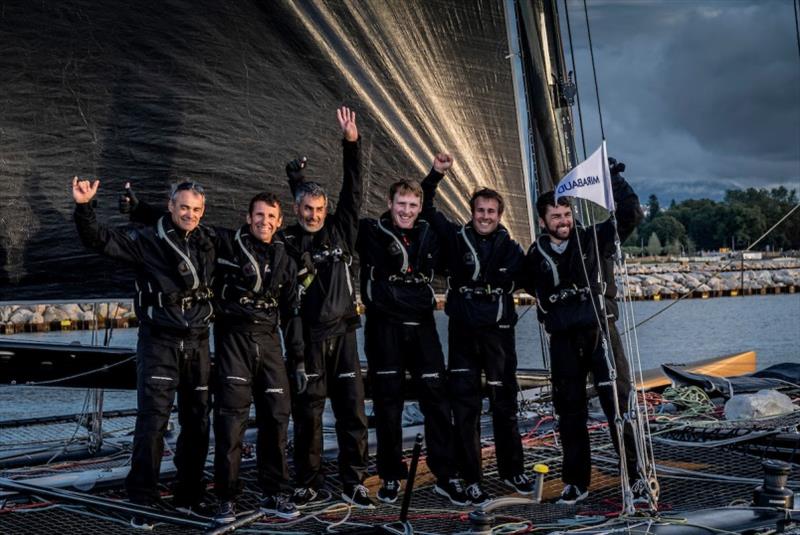 The Libera Raffica won a hard fight among monohulls after 15:33 of racing ahead of Psaros 40 Margherite Cashmere, helmed by François Bopp, and François Thorens’ TBS.

Leading at the Bouveret barge, the spectacular but fickle Hungarian monohull handled the storm for better or for worse. The sailboat ran from the wind with no sails, effecting a large unplanned detour in order to resist the elements without capsizing. Although coming from behind, she was able to close the gap and achieve a more than deserved victory.

With 101 Surprises on the starting line: we might as well say that the winner of this class is one of the major winners of the weekend; an honor that goes to Lorenz Kausche this year, aboard Moi Non Plus. The Bordée de Tribord member sailed in company of a predominately female crew. He beat Sandrine Weber’s Peps, and Malice, helmed by Edgar Lanz.

No surprise among the Grand Surprises

Handicapped ranking: revenge of the small

Lionel Maret, skipper of Modulo 93 Matière Grise, is the overall winner of the Bol d’Or Mirabaud in handicapped time (a coefficient that allows small vessels to compete with bigger, faster ones). He beat Bernard Bortel (Little Nemon II) and Michel Glaus (Yasha Samurai).

The list of winners by class (TCF 1 to 4) can be accessed on the Bol d’Or Mirabaud website.

The female crew of WhitUBY, skippered by Emmanuelle d’Ortoli, won the best female crew trophy ahead of Caroline Cartier aboard Java.

After sixteen years of loyal service, the Décision 35s are retiring. Interesting anecdote: the last storm dating back to 2003 coincided with retirement of the Formule 40s making way for the D35s. Now the D35s are celebrating their last season on Lake Léman by showing how solid, reliable and fast they are. A big congratulations to Sébastien Schmidt of the Décision boatyard, and to all the valued crews who contributed to the great history of the Bol d’Or Mirabaud.