The oldest ocean race in Western Australia is under way for a fleet of seventeen yachts.

There is plenty of offshore experience among the teams including accomplished navigators Kingsley Piesse on CheckMate, Scott Disley on Obsession and the full team Crush, David Davenport, who have just returned from the 2020 race from Sydney to Hobart. Mixing with the masters, there are many youth sailors getting into offshore racing in WA including a full team on the Archaumbault Argo.

Kinsley was navigator on first placed Mandrake III in the Rolex China Sea Race and has contested 36 Rolex Sydney Hobart Yacht Race’s, most recently on Chutzpah. Also an experienced navigator, Scott has raced many miles with some great teams including Ludde Ingvall’s CQS, WA boat Indian and before that his own offshore champion General Lee launched in 2010. 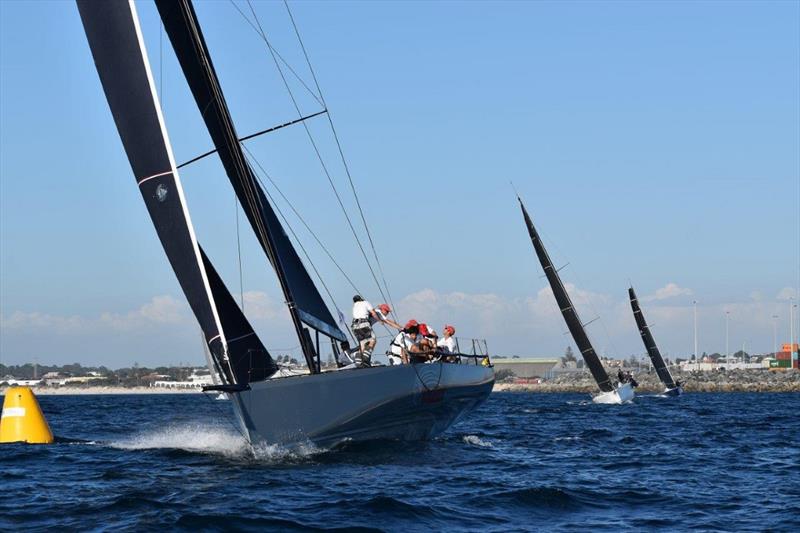 Chris Higham’s Argo is being skipped by Rees Howell who leads his team of youth sailors, many of whom are under 21 years old. Rees quoted “Argo presents a unique chance for young sailors to experience offshore racing and bridge the gap between youth classes and ocean racing, it has been a great initiative by Chris to bring these sailors in and give them the chance to learn and expand their sailing skill and knowledge.” Argo will have 2 first time overnight racers in Annika Pennifold, 18 and Raff Torre, 16 to join the growing list of sailors making the mark in the ocean racing scene.

The quickest boat in the race will be the Carkeek 47 Indian, owner Craig Carter and Boat Captain Paul Eldrid lead many of their regular team for the Bunbury Return Ocean Race.

Also on board are young match racing champions Will Boulden, Ryan Donaldson and aspiring Volvo competitor Josh Wijohn from New Zealand. All three young sailors recently competed in the 2020 Warren Jones International Youth Regatta, hosted by RFBYC. Josh was recently part of the winning team in the Hardy Cup another of Australia’s most prestigious under 25’s match racing events, hosted by Royal Sydney Yacht Squadron.

Josh commented “It’s awesome to be involved in this very organised and dedicated Indian program. I am loving the opportunity and learning so much about offshore racing”. Paul Eldrid said “It is great to see so much enthusiasm from talented young sailors getting involved and experiencing all aspects of high performance offshore racing. By having young sailors join us on Indian we enjoy the passion and energy these young sailors bring to the team”. 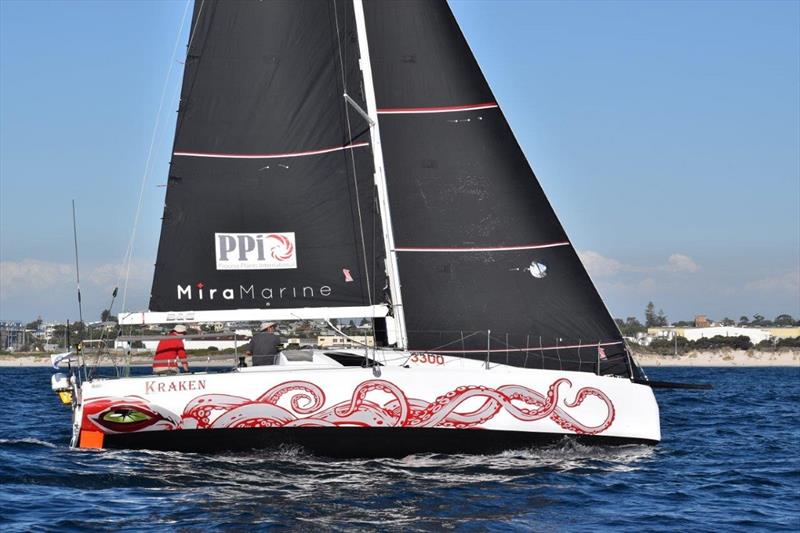 There are two double handed yachts in the fleet, Todd Giraudo and Dubbo White on the new Jeaneau Sunfast 3300 Kraken and the refurbished Cannonball, previously Golden Eagle, a Farr 1104. Todd and Dubbo contested the Melbourne to Osaka Race in 2018 and the Cannonball crew both completed their first long distance event last year in the 2019 Rolex Sydney Hobart Yacht Race. Another local yacht with a long history offshore is Sagacious IV.

Affectionately known as “Saggy” by owners Chris and Annie Hind, Sagacious IV is a Farr 40. She won the Sydney Hobart overall in 1985 and has raced the Bunbury and other blue water events locally in the past. Taking a break from offshore racing Chris changed to river racing while he completed a full refit to her former glory. This is her first season offshore in a while and the team have selected just a few events from the WA calendar while they finalise new systems, develop and train new offshore crew. She was very successful in the Geraldton Race last October, taking 1st Place Fremantle to Geraldton on PHS the overall trophy for the whole regatta (on PHS). Chris and Annie say they were pleased to also win the Navigator’s trophy, the Cook’s trophy and most valuable crew in the Geraldton race and are looking forward to competing in more races next season. 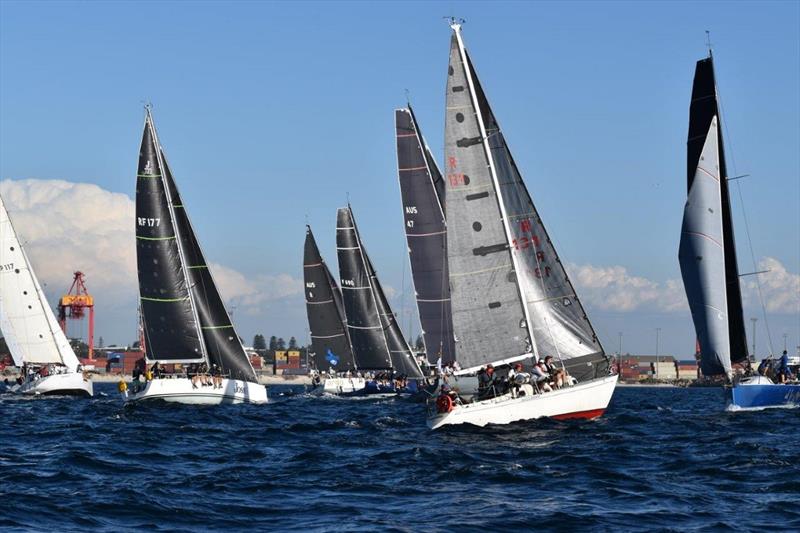 The 72nd Bunbury and Return Ocean race began in moderate southerly winds off Port Beach in Fremantle on Friday evening. The fleet will race south to a turning boat in Bunbury and return, a distance of approximately 170 nautical miles. With light to moderate winds forecast for the duration the 2016 race record is looking safe. Overall placings will depend on timing of the teams coming into the Bunbury turn in the forecasted north westerly winds before the southerly builds again through Saturday afternoon to bring the fleet home.

Teams are carrying tracking units and can be followed with the YB Races app (Bunbury and Return 2020) or online at www.rfbyc.asn.au.