“It will be a real challenge for us racing on shorter courses at BVI Spring Regatta than what we are used to,” John Gallagher stated. Gallagher, owner of the GunBoat 62 Chim Chimis fresh off wining the Multihull division at the RORC Caribbean 600 and is now cruising in the BVI enjoying time with his wife Carol between regattas.

“In the BVI, we’ll be looking to make clean sail changes, clean take downs – you have to execute in the shorter races – you can be really quick but lose it all in the corners – BVI Spring Regatta will be a big change in racing style for us.” 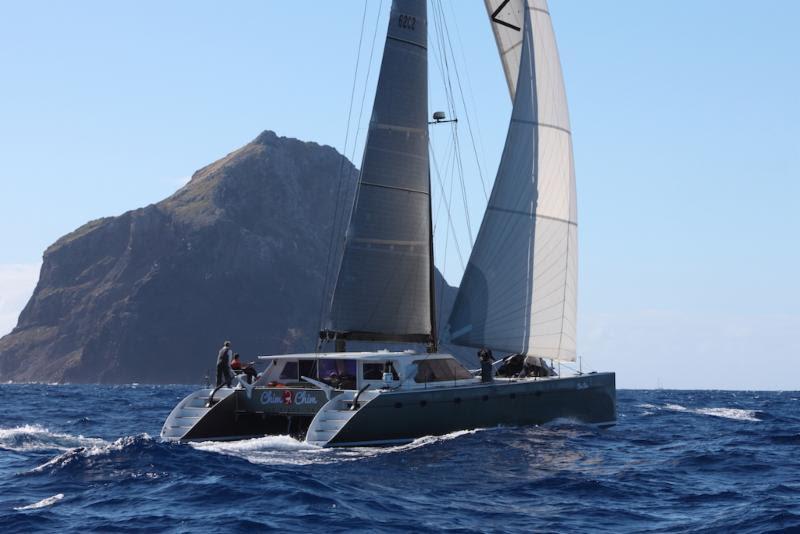 The Offshore Multihull fleet has steadily grown in the BVI Spring Regatta and this year, John and Carol Gallagher are looking forward to competing in their Gunboat 62 Chim Chim © Tim Wright / Photoaction.com

From San Diego, Gallagher and his wife Carol decided that a season in the Caribbean would be a wonderful time to cruise off the beaten path in their own boat and not be tied down to a charter; they also couldn’t resist the opportunity to race alongside similar boats. “One of the reasons we brought Chim Chim here was to see how we would match up with “like” boats, catamaran racer cruisers, as there are not that many on the west coast,” Gallagher said. “Eight or nine boats in this class at BVISR will be huge for us. We’re excited!”

The Offshore Multihull fleet has been steadily growing over the past few years at BVISR. Returning this year are Arethusa, FLASH, Flow, and Moementum. They will be joined by newcomers to the fleet Chim Chim, Fujin(Bieker 53 catamaran), Mach Schnell(GunBoat 62) and Zenvatta (GunBoat 62).

Jonathan McKee (Seattle, WA) a well-known US sailor and Olympian has been with Fujin as tactician since the boat’s inception, completing several race seasons in the Caribbean and simply loves the racing that the Caribbean hands out.

“For me it’s a very cool part of the world and a great place to race sailboats,” he said. “There’s a particular poignancy now after the hurricanes to see these communities recover and to be an active part of that recovery, spending our dollars. I know for our owner Greg (Slyngstad) that is an important aspect of BVI Spring Regatta. He also loves sailing in the BVI and he really wants to invest in the recovery of these places – it’s part of the reason we’ll be there!” 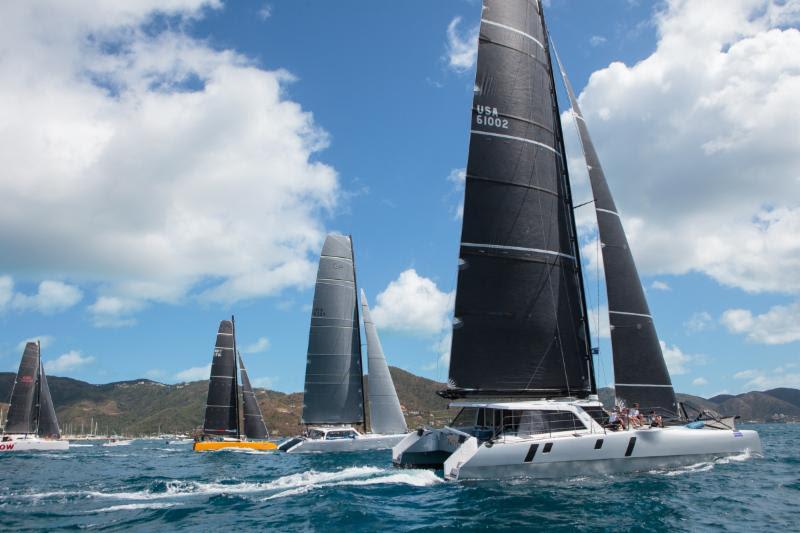 The Offshore Multihull fleet is currently at eight and the event is hoping for a few more to join.

“We’re thrilled to see a growing Offshore Multihull fleet leveraging Spring Regatta as an opportunity to line up against a significant number of similar boats, while for some of this fleet the BVI Spring Regatta is its main Caribbean event,” Bob Phillips, Race Chairman. “We’re hoping that the GunBoat Coco de Meralso makes it – we’d love for her to join this tight fleet of great boats and fun owners.”

The Sport Multihull division has doubled since last year when just three trimarans raced in division. Eddie Brockbank, a BVI local from Tortola, won the Multihull class on his Corsair Spring 750 Lucky 7at the 47thBVI Spring Regatta in 2018. “The racing is always fantastic in the BVI but this year the competition will be so much more exciting in our fleet with five Corsairs on the start,” Brockbank said. “Our local conditions are perfect for these super-fast multihulls.”

Boats new to the fleet this year include Maytrix, a Corsair Spring 760 owned by Richard May (BVI), Islands Hops, a Corsair F 31 owned by Mark Sanders (BVI) Whoop Whoop! – a Corsair F 27 and Irma survivor which owner Kevin Rowlette (BVI) has been fixing up. Veteran Spring Regatta competitor Airgasm, the Corsair Spring 760R owned by Barney Crook (BVI) and Piglet, a 23′ Newick trimaran owned by Joseph San Martin (St Croix) and long-time fan of Spring Regatta will round out the Sport Multihull division. 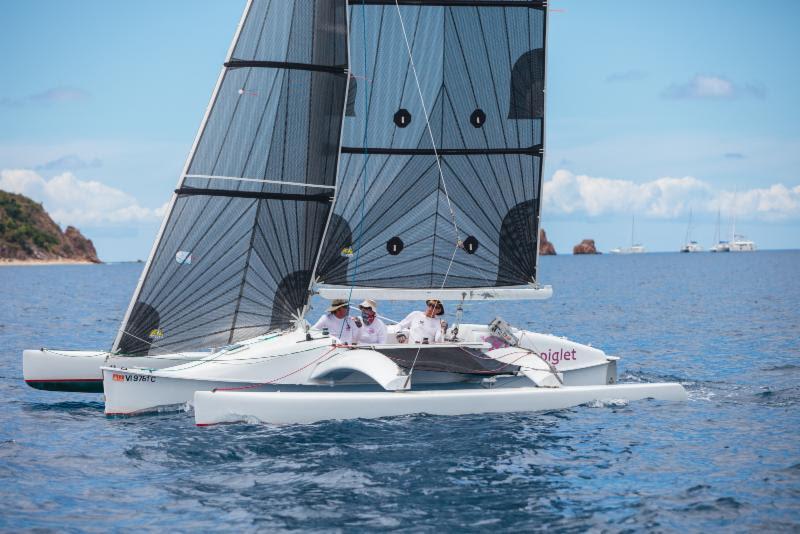 With just a few weeks to go before the 48th annual BVI Sailing Festival and Spring Regatta, the entry list is now at 84 boats, with an anticipated final count of at least 90. It’s not too late to register your own boat or charter a performance racing boat to enjoy the spectacular racing and awesome shore-side parties.

Sign up and get your party crew together for the time of your life in beautiful BVI! It’s sure to be a decision you and your crew will not forget!