Years of preparation, dreaming and hard work came to fruition for 13 of the participating Cape2Rio2020 teams, as they took to the blue and rather calm waters of Table Bay, hoisting their sails and embarking on Start One of this adventure of a lifetime, at 14h00 local time on Saturday 4th January 2020.

Family, friends and enthusiasts excitedly gathered in support at the Royal Cape Yacht Club (RCYC) as the teams carried out last minute checks ahead of their departure. The ambiance was rich with anticipation, the crew’s desire to get going, palpable.

Formalities had the RCYC Commodore Neil Gregory officially welcome everybody to the club before inviting Race Chairman Luke Scott to introduce the various teams departing in this the cruising category of the event. 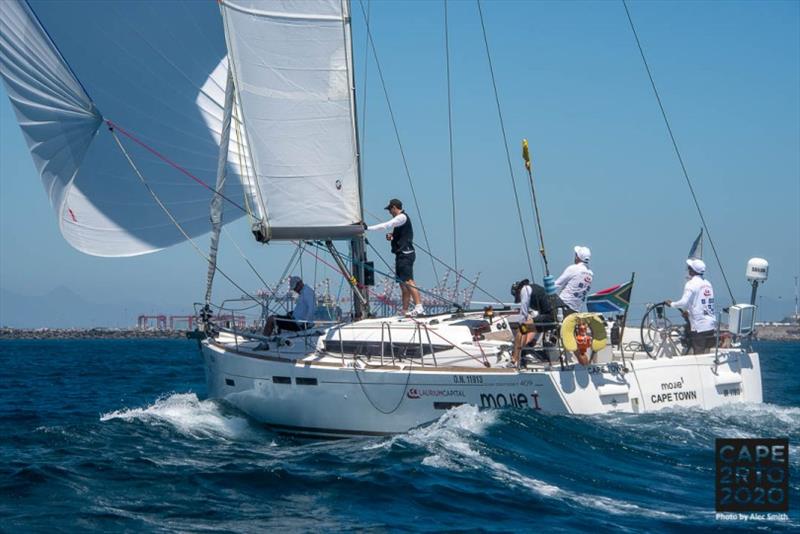 Addressing the crowd, Luke noted all the young children collected for the occasion and remarked on how integral they are to the sport of sailing, and to carrying the tradition of the Cape2Rio race forward – hopefully participating in it themselves one day.

This is the 16th edition of the premier ocean sailing event that has been held roughly every 3 years since 1971, with competitors aged between 15 and 75 years among those taking part this year.

An underlying theme among the 2020 competitors is their desire to give back as they go, with many adopting their own cause or fundraising project in a Sail4Good commitment to the ocean, the environment and their chosen sport. 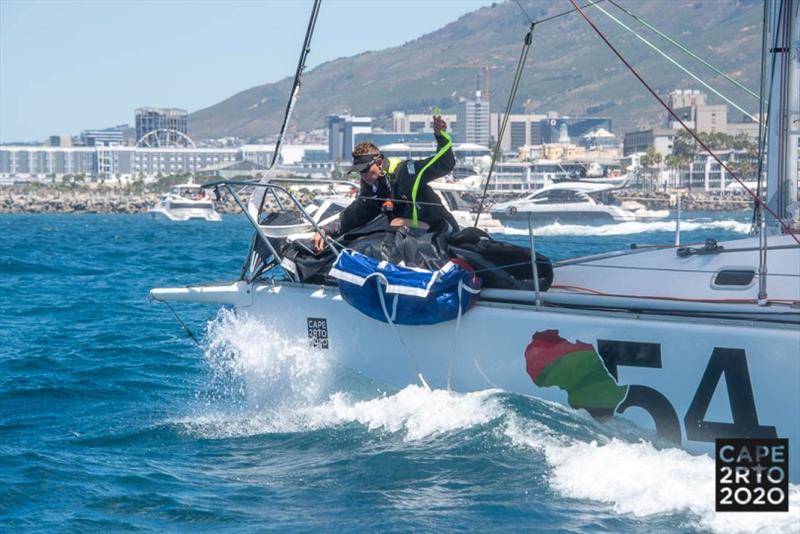 Mayor Dan Plato endorsed the City of Cape Town’s support of the event and wished all the sailors a safe passage to Rio de Janeiro, before the fleet was blessed by Padre Tony Bethka.

After that it was the last emotional farewells and enthusiastic waves goodbye as the skippers piloted their vessels and crew out of the marina towards Quay 4 in the V&A Waterfront. Here the public sail-past was met by enthusiastic spectators who’d gathered to see off the boats.

After this, and against the picturesque setting of Table Mountain and Lions’ Head that were framed by a clear blue sky, the group of contenders settled in the start area off Mouille Point Lighthouse. A light Westerly wind flicked at the raised sails as they jostled for the best position in anticipation of the start. 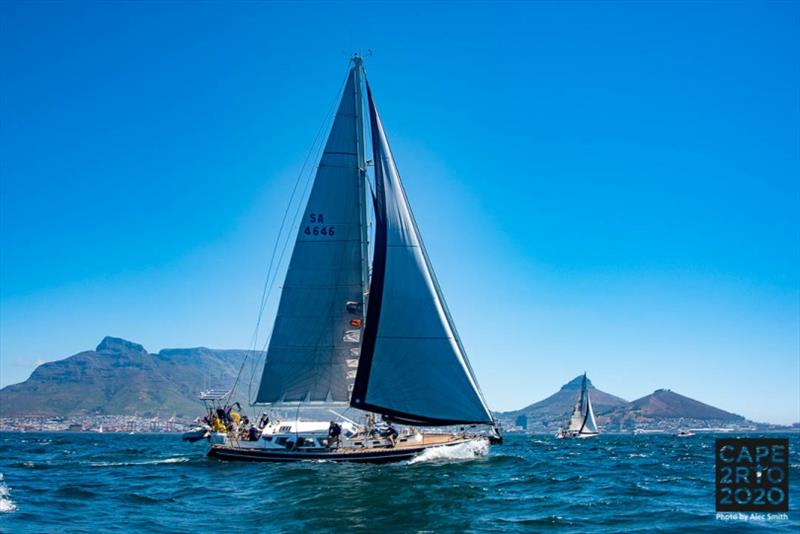 By now nerves were heightened, and at 13h50 the horn signalled the final countdown to the race. At 14h00 the time had come to set sail and they were off, with Mojie, San Salvador, Umoya, Argonaut and JM Busha 54 the first yachts around the inshore marker – before running down parallel to the promenade past the waterfront, across the bay to Milnerton Lighthouse, and then heading up the Cape west coast with destination: Rio.

For these racing teams the wait might be over, but the long voyage and work has just begun, as has the course length of approximately 3600 nautical miles. For this fleet, the South Atlantic crossing is estimated to take about three weeks with arrival in Rio de Janeiro towards the end of the month.

Their individual stories and personal goals driving them on cold nights and over big swells, as they go. 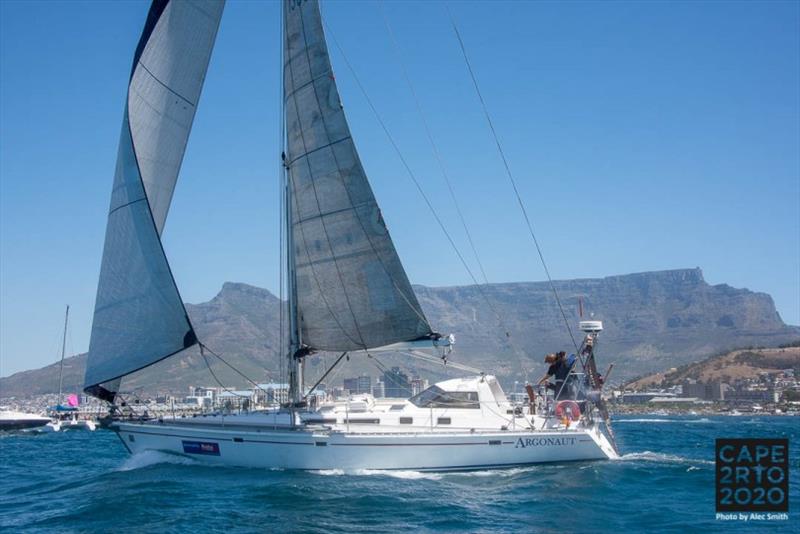 Right now they are positioned off the west coast at Elandsbaai, having made slow progress while waiting for stronger southerly winds.

Do track their progress and read more about their respective stories, crews and missions at cape2rio2020.com/entries-2020. Better still connect on Instagram and Facebook and support their significant fundraising efforts.

We look forward to sharing regular updates from the skippers and crews as we follow their race to Rio, and the centenary celebrations of the Iate Clube do Rio de Janeiro, Brazil.

May ‘fair winds and following seas’ find them all!

Join us at the Royal Cape Yacht Club on Saturday 11th January 2020 for the Second Start. 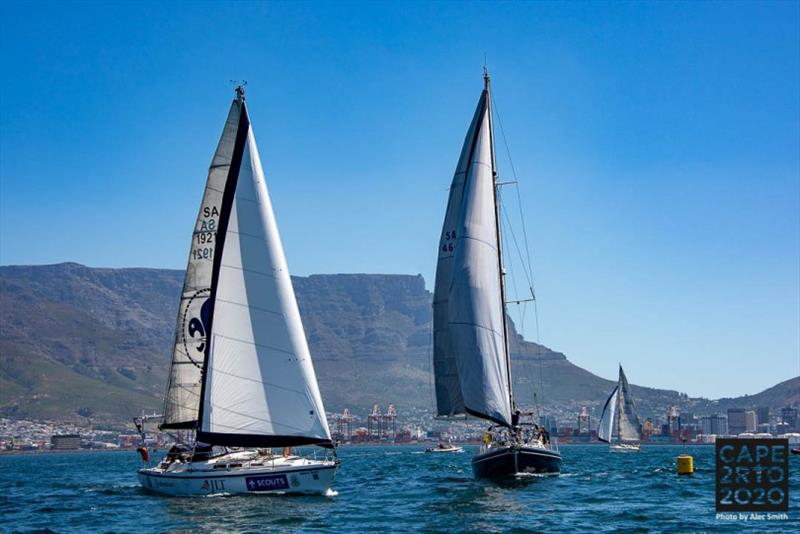