Roger Jackman’s Doctor Who and Don Calvert’s Intrigue on Saturday on Saturday showed they still head the who’s who of yacht racing on Hobart’s River Derwent, each notching up another win the Combined Clubs Summer Pennant.

With two more Pennant race days to complete the summer season, Doctor Who, skippered by Rod Jackman, has a commanding points lead in both IRC and PHS handicap categories. Intrigue holds a similar margin in AMS.

Both yachts were designed and built in the 1980s, Doctor Who, a Davidson 62 in 1983 with a Sydney Hobart division win to her credit; Intrigue, a Castro 40 built in 1985 and an Admiral’s Cup team boat.

Today’s course was an extended river day race, with Division 1 sailing 32 nautical miles to Yellow Bluff and return, Divisions 2,3 and 4 to Bull Bay and Blackmans Bay, 25 nautical miles. Conditions were perfect with an 18 knot sou’-easter.

In Division 4, Camlet Way (Stephen Mannering) won her fourth race of the Summer Pennant and is just half a point behind Astroabe (Peter Bosworth) on the leader board. 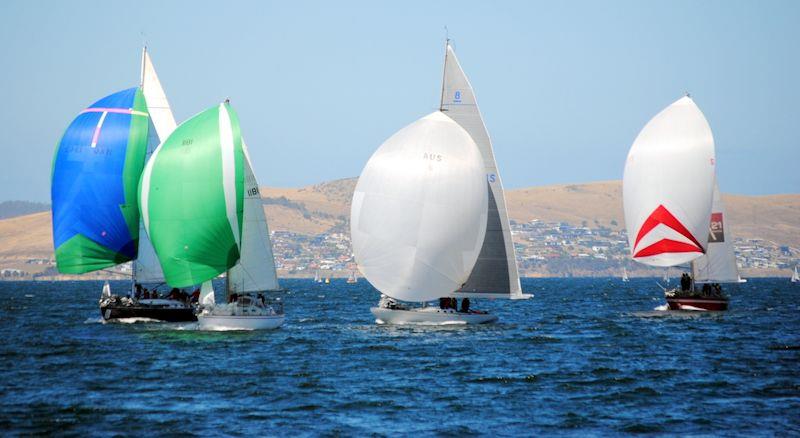 After seven races in the Combined Clubs Summer Pennant Doctor Who leads Division 1 PHS pointscore from Heatwave and Intrigue and leads IRC from Intrigue and Heatwave.

Astrolabe heads Division 4 PHS by just half a point from Camlet Way and Hornet. 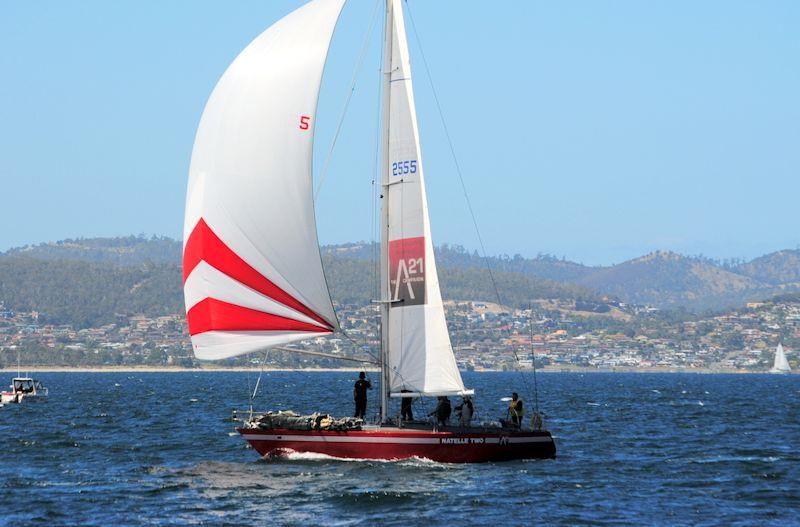