After churning out cars 84 years, Volkswagen is switching gears and segueing into the yachting game. The German automaker recently announced it’s taking its electric vehicle platform to the high seas in the form of a new solar-electric catamaran.

Volkswagen has partnered with Austrian builder Silent Yachts for the new endeavor that will eventually see the same electric powertrains currently used in VW’s ID.3 and ID.4 installed in an array of ocean-going multihulls.

For the uninitiated, Silent Yachts is credited with producing the world’s first solar-powered catamarans, which have soared in popularity over the past few years. Nicknamed the Teslas of the seas, Silent’s cats are fitted with solar panels and lithium batteries that together deliver near unlimited range sans noise, emissions, fumes or vibrations. While the fleet is nothing short of impressive, VW claims its new setup will make the vessels even better. 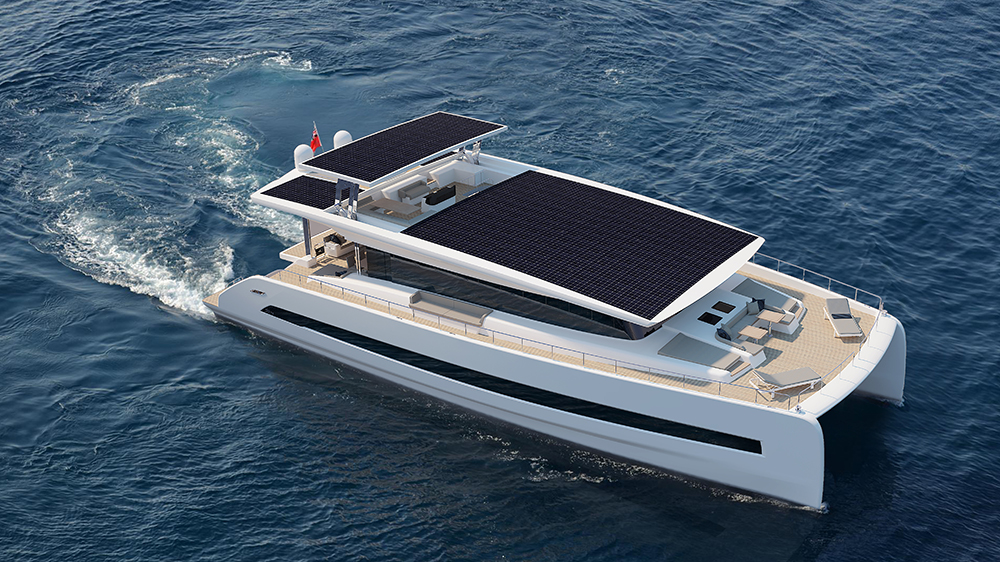 That’s all thanks to the marque’s modular e-drive system (MEB). VW says the MEB is powerful, quiet and produces low vibrations. On top of that, it’s used in millions of EVs and benefits from economies of scale. In short, the catamarans that incorporate MEB should be less expensive to build and easier to service.

The inaugural design, Silent 50, was penned by the VW-owned brand Cupra. While there is only one render currently available, it appears to be a slightly more futuristic take on Silent’s signature design with a jet-black exterior and more refined solar panels. Spanning 50 feet, it will be one of the smallest cats in Silent’s fleet, which runs from a $2.38 million 55-footer (above) up to an ever-popular $6.67 million 80-footer (below). 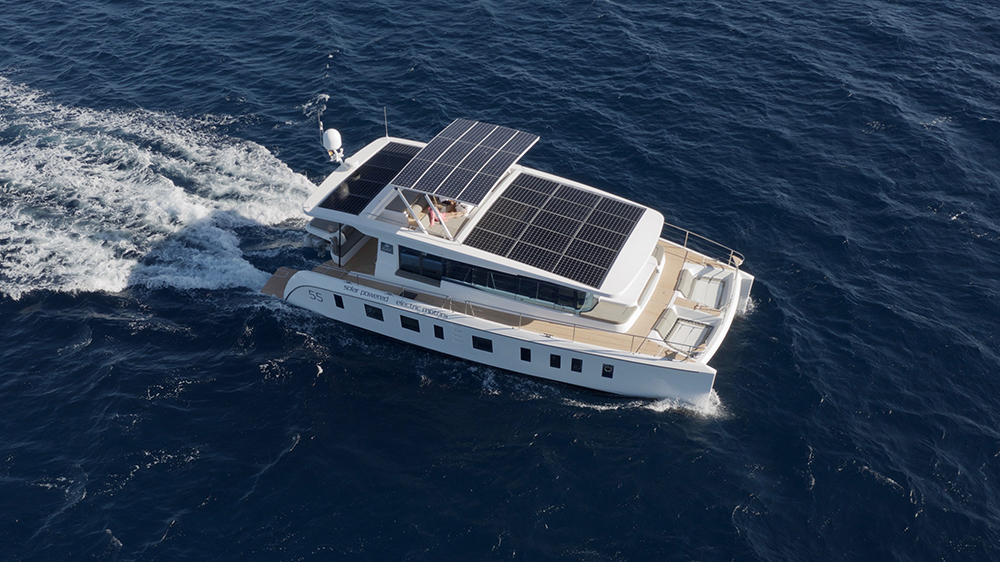 Michael Jost, head of group strategy product and CSO of the Volkswagen brand, says the current plan is to install up to six batteries per yacht and to enable 500 kW power for yachts around 50 feet plus. That will enable the vessel to cruise all night non-stop and also power the onboard amenities.

The jointly declared goal of the three companies is to put the first solar-electric catamaran with MEB propulsion on the water in 2022. After four years, the plan is to produce at least 50 of the MEB-based Silent Yacht 50 per year, and more if required. Bring it on.