The EFG Sailing Arabia The Tour fleet had a packed programme on the final day in Masirah, with no fewer than six Stadium races producing five different winners.

Once again the island venue produced highly competitive racing, with a shifting and changeable wind testing the skills and adaptability of the 10 international crews taking part in the two-week challenge down Oman’s striking coastline.

When the spray settled after a Sunday of high-intensity racing, the Beijaflore and Oman Shipping Company teams were tied on points. Both had a race win and two second places to their credit, with Beijaflore just taking top spot on the countback system with an additional third place. 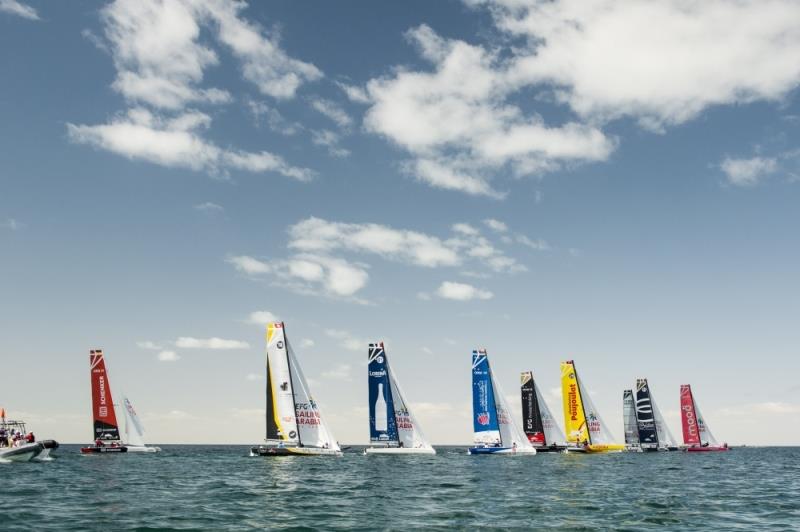 “It was a great day’s racing with plenty of shifts out there, which made it really good for the kind of racing we do,” said Oman Shipping Company skipper Stevie Morrison, who races with Omani sailor Raad Al Hadi and French tactician Quentin Ponroy.

“Today we won our first Stadium race, and today was the first day we felt we were really getting in there with the top guys, we found a great rhythm and we are very happy,” added Morrison. 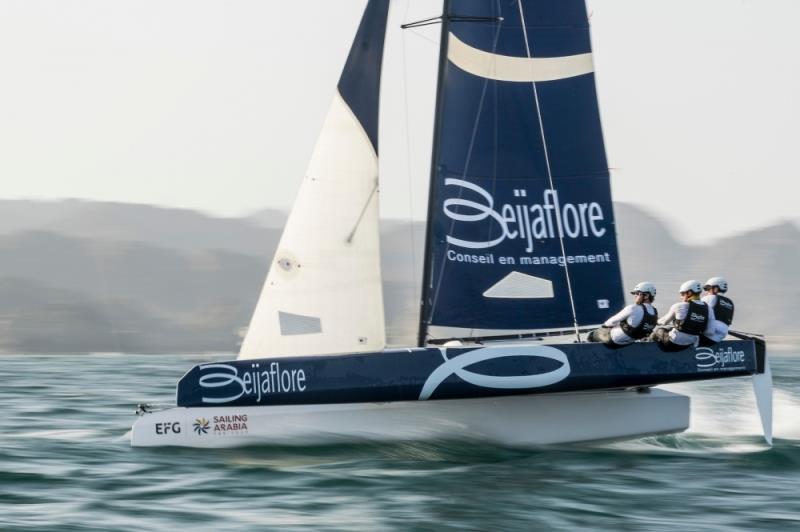 The tricky conditions caught out several of the leading Tour teams, with penalties imposed for early starts and exceeding race time limits in the sometime light winds.

Picking their way through the potential pitfalls was the Mood team, with skipper Damien Iehl no doubt calling on the skills that helped him win four Tour Voile titles to take third place in Sunday’s racing.

“We started well with a second, third and third place, and then three sixth places, so we were not perfect though the result is good for us,” said Iehl.

“The level on the Tour is very high, so it is important for us to communicate well and stay focussed it is not perfect yet, and a small mistake means you can lose two or three places in a moment.”

And he added: “Masirah Island is a great place to sail, the weather and temperature is perfect, and the wind is good.”

Also relishing the ideal conditions is the all-female DB Schenker team. “We have sailed a lot so we have not had a chance to do much tourism here, but the sailing conditions are ideal and really interesting, and staying in the hotel right next to the boats is great and convenient,” said Audrey Ogereau, who skippers a French-Omani crew. 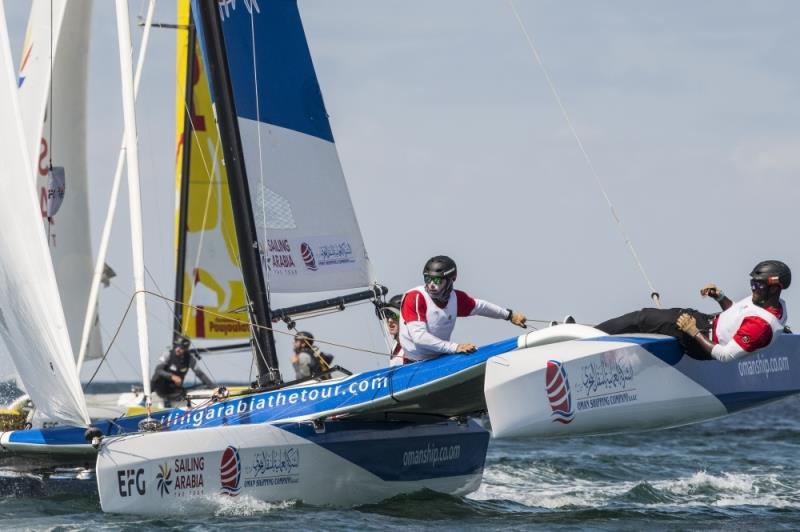 “Doing six races on Sunday was great for us as it is our first regatta together, so we were happy to have the races to train more. We have improved a lot over the Tour, though we still have a lot to learn it has been awesome.

“We are still bottom of the overall ranking but we are starting to get a lot of things right, and when we can put them all together then we can start to do better races.”

At the half-way point of the Tour, the overall leaderboard has got closer at the top, with the four leading teams only separated by five points and other crews close behind.

Early leaders Cheminée Poujoulat have now slipped to third, tied on points with Seaflotech, while Mood stays in fifth though now closer to the leaders.

Golfe du Morbihan remains sixth, and EFG Bank has swopped places with CER Geneva ahead of the all-Omani Renaissance team and DB Schenker.

The EFG Sailing Arabia The Tour fleet moves to Duqm on Monday for two more days of racing, before a last relocation to Salalah for the finale.