In a world ravaged by the Covid-19 pandemic, the crew of Energy Observer, the first vessel powered by renewable energies and hydrogen, has revised its programme, which was originally supposed to lead her to Tokyo for the Summer Olympic Games.

Furthermore, following her first transatlantic passage from Saint-Malo, the floating laboratory, which is self-sufficient in energy, has undergone her first crew change. Captain Victorien Erussard and Expedition leader Jérôme Delafosse and their crew cast off from Fort-de-France last week to continue their Odyssey which will take them from the Caribbean Sea to the Amazon jungle and through to the golden triangle of biodiversity in the Pacific.

Within such a context, this Odyssey takes on a constrained and hitherto unprecedented form. Indeed, the whole crew is adapting to the health and safety guidelines on a daily basis and will have to find solutions to live self-sufficiently away from the rest of the world. However, for this innovative vessel being self-sufficient in energy means that this expedition is both possible and necessary.

Possible, because the vessel operates completely self-sufficiently thanks to her reliable on-board systems, which are a model of resilience and particularly well suited to the current situation.

Necessary, because the weather and these unprecedented conditions will enable the crew to observe nature in its wildest state and learn how biodiversity can be a source of exceptional innovations and solutions in light of the major challenges we are facing today. 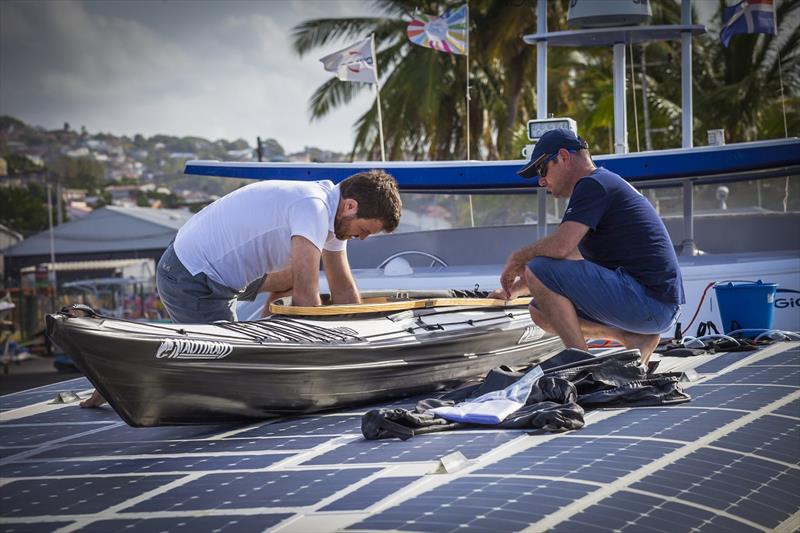 Over the course of this two-month Odyssey, which will take them from the Caribbean Sea to the Amazonian rainforest, then as far as the golden triangle of biodiversity in the Pacific, the crew – which also comprises Francine Kreiss, freediver-reporter, Katia Nicolet, a doctor in marine biology and Fitzgérald Jégo, an explorer – will film, photograph, bear witness to and decipher the remarkable ecosystems.

“We want to get as close to nature as possible so as to learn from it and consider this post-pandemic world that everyone is talking about without anyone knowing what it will be like”, Jérôme Delafosse

The current health crisis is also the result of a deep ecological crisis: the collapse of the living, massive atmospheric pollution of the oceans, the destruction of land and finally climate change and its succession of natural catastrophes. It is a wake-up call that we must anticipate to avoid what is now seen as an inevitable disaster. An unauthorised path to economic growth free of the constraints of the Paris Agreement and key environmental standards would be a fatal error.

Equally, this Odyssey around the animal and vegetable world (from the coral reefs of Silver Bank to the north of Santo Domingo, to the meanderings of the Guyanese Amazon rainforest as far as the Galapagos archipelago), is driven by the desire to convince the world of the urgent need to understand and protect the nature and its ecosystems as soon as possible.

To successfully complete their mission, the crew will spend months living entirely self-sufficiently. This requires them to develop navigation strategies in the quest for lost islets where they will be able to put into port, whilst ensuring the vessel’s safety, in a sea which may prove dangerous due to what promises to be a highly active hurricane season. They will have to be able to rely solely on the sun, the wind, the marine currents and the hydrogen produced aboard to generate the necessary energy to feed themselves, move about and communicate. 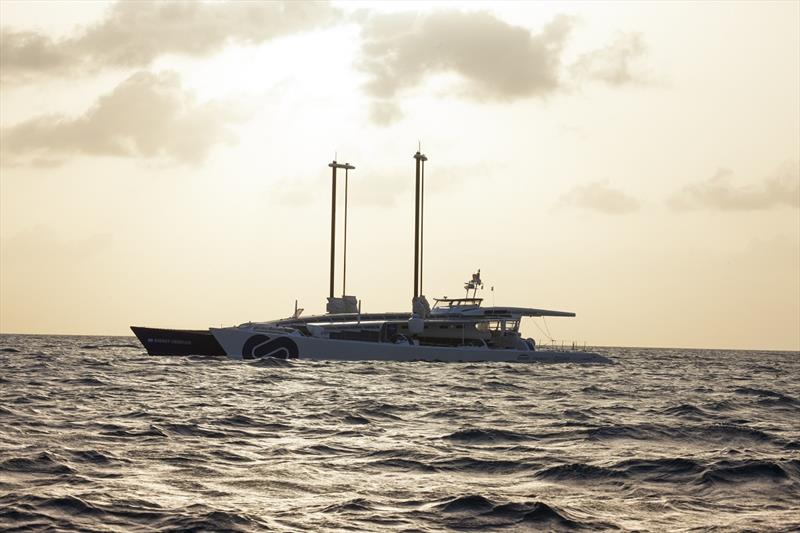 For sustenance, there will be an abundance of drinking water, desalinated using the on-board hydrogen chain, the nutrients provided by fishing, foraging and various experiments involving either hydroponic cultivation or specifically designed for the marine universe. In any case, it is all about only consuming what nature can offer them that will be the key to their success.

Thanks to her ability to be self-sufficient in terms of energy, Energy Observer is becoming an exceptional platform for exploration, demonstrating that its ‘micro-grid’ model is opening up the fields of possibility in a new and unique way. It is possible not to be dependent upon others’ energy or water, not to burn resources unnecessarily and not to pollute one’s environment.

This exploration into biodiversity will translate into the production of featurettes and illustrated reports, both on and under the water, edited into formats designed to be broadcast freely to the widest possible audience on Energy Observer’s digital platforms.

In practical terms, French first ambassador for Sustainable Development Goals, Energy Observer, is keen to bear witness to the fact that the time has come to honour the beauty of the world, to reconcile ourselves with nature, to respect the diversity and integrity of the living, to leave space for the wild world and to contribute as much as possible to the global awakening of consciences.