Toyota has been involved in the Energy Observer project from the start, because of hydrogen being at the very heart of this amazing journey.

During a six-year odyssey, which started in 2017, the Energy Observer team is navigating the first energy-autonomous hydrogen boat around the globe. The electrically propelled vessel of the future operates by using a mix of renewable energies and a system that produces carbon-free hydrogen from seawater.

In line with Toyota’s Environmental Challenge 2050, the Energy Observer demonstrates and shares solutions to champion an ecological and energy transition, supporting tomorrow’s energy networks to make them efficient and applicable on a large scale. As the first French ambassador for the Sustainable Development Goals (SDGs), Energy Observer is searching for innovative solutions for the environment, to design tomorrow’s future, and to prove that a cleaner world is possible. 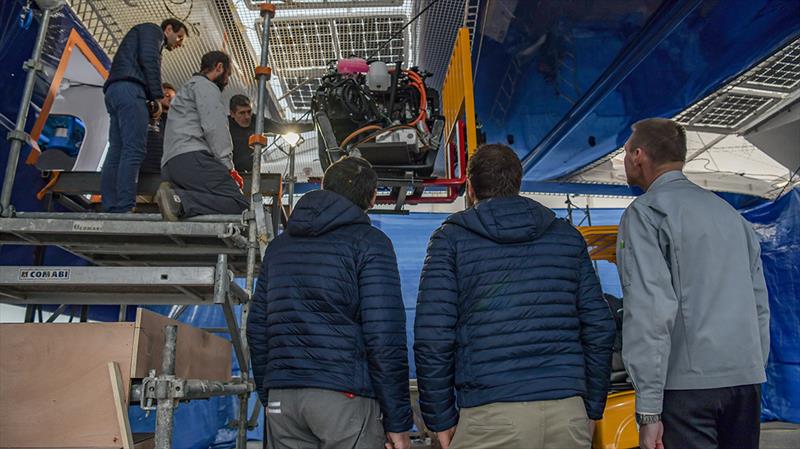 For the next leg in the journey, Energy Observer and Toyota have worked closely together to introduce Toyota’s leading fuel cell technology in the boat. Toyota Technical Center Europe has especially developed this fuel cell system, using components first introduced in the Toyota Mirai and fitted it into a compact module suitable for marine applications. It will deliver more power and efficiency, but also high reliability to cross the Atlantic and Pacific Ocean this year.

The R&D team in Europe managed within 7 months the design and component production, followed by the build and installation of the compact fuel cell module. This successfully demonstrates the adaptability of the Toyota fuel cell technology to a variety of applications.

At the end of last year, the fuel cell module was tested in the boat in the shipyard. Currently, the final full power testing is being done at sea before the Energy Observer sails off for their 2020 Tour from 17 February.

“We are very proud to embark the Toyota Fuel Cell System on our oceans passages, and test it in the roughest conditions. After three years and nearly 20 000 nautical miles of development, the Energy Observer energy supply and storage system is now very reliable and we look forward to the next step of the project: Get a reliable and affordable system available for our maritime community. We believe that the Toyota Fuel Cell System is the perfect component for this, industrially produced, efficient and safe. Being an ambassador for the SDGs, our mission is to promote clean energy solutions and we share with Toyota the same vision for a hydrogen society.” – Victorien Erussard, founder and captain of Energy Observer

The Toyota Fuel Cell System has proven its benefits already for many years in the Mirai, but more recently also in other applications such as buses and trucks. Using it for maritime transportation is again another step closer to the development of the hydrogen society. Toyota believes that hydrogen is the catalyst for energy decarbonisation and the technology acceptance can accelerate with the Toyota Fuel Cell System modular solution, which can be considered for a multitude of applications.

“We are pleased to be able to further demonstrate the versatility of the Toyota Fuel Cell System. Our European R&D team has worked hard with the team of the Energy Observer to create and install this module in the existing boat. This project shows that the Toyota Fuel Cell technology can be used in any environment and can be spread throughout many business opportunities. It is always inspiring to work with people who aim for the same goals and this project supports even more our vision for a hydrogen society.” – Dr Johan van Zyl, President and CEO of Toyota Motor Europe 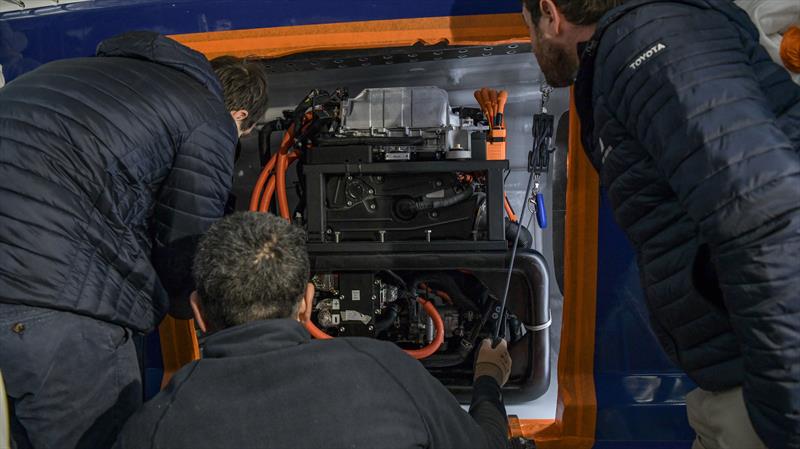