The final day of the Farr 40 One Design Trophy was sailed on Sydney Harbour and Nutcracker, with substitute helmsman Ray Roberts, held onto their substantial lead from yesterday to take out the regatta.

The standard has now been set, so Melbourne Owners Rob Davis and Andy Baker, whilst ecstatic, will be no doubt be feeling under pressure to similarly perform to this level at the next regatta in November. 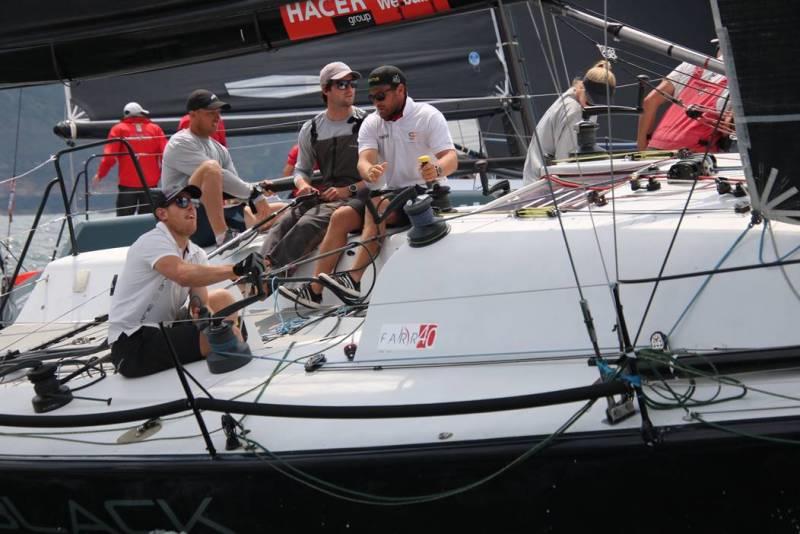 Conditions were light and smoky on The Sound today with aerial choppers continuing to put the fires out on North Head. The hazy conditions provided by the fires certainly gave indication of the variability on the first race, which was won by Nutcracker.

Rob Pitts right hand trimmer Mal Parker took over the helm of Double Black this weekend and didn’t disappoint. The crew did an excellent job in the extremely challenging and difficult conditions yesterday, which had even the most experienced owner/drivers having their turn at wipeouts. With consistent scores over two days and placing five out of eight races in the top three, a second place overall and boat of the day was well deserved, no doubt leaving another owner with an ambitious goal to be achieved for the next regatta.

Due to the variability and the wind disappearing, PRO Phil Yeomans made the excellent decision to shorten the final three races to one lappers, thereby ensuring all eight scheduled races were achieved. Communication from the race committee, during difficult starting procedures with an out flowing current, was second to none. 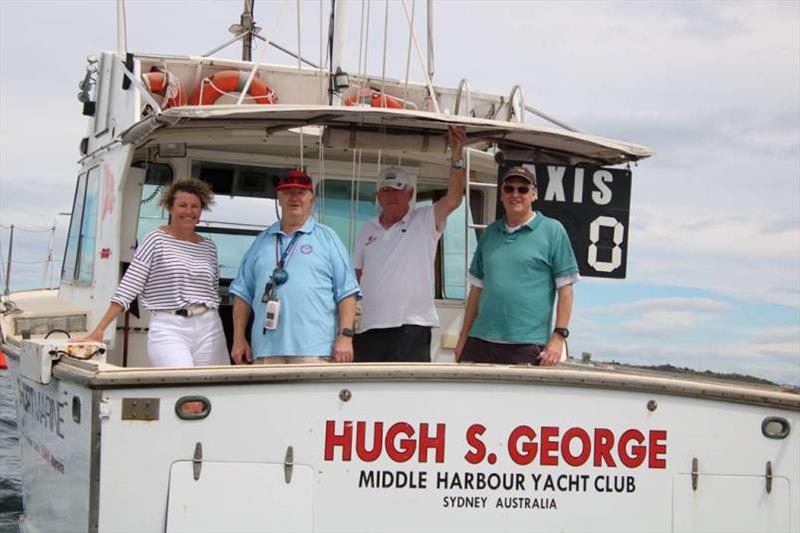 Due to Covid, this weekend’s regatta which was originally scheduled to be sailed in Newcastle, was moved back to Sydney. A spot on the podium will surely appease our Newcastle owner for the change of venue away from his home town.

Farr 40 Owners and the Class administrator wish to thank Rob Davis, Andy Baker and Rob Pitts for entering their boats this weekend ensuring great, close racing and a decent line up at the start line. 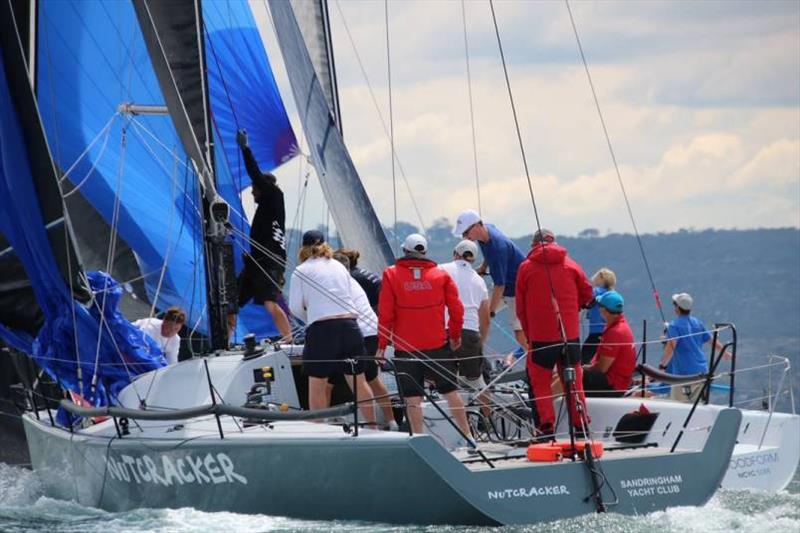 Thank you to all the wonderful staff at Middle Harbour Yacht Club and special thanks to the Race Committee headed by PRO Phil Yeomans and to John and Sandy on the mark boat for a hectic day and a job well done moving marks for all four races.

The Farr 40 Class will next reconvene on the 14th and 15th November 2020, where, if the Victorian borders are open, the postponed 2020 National Championships will be held. If the borders are closed and Victorian owners are unable to travel, the regatta will take place and become part of the 2020/21 series point score.