In just a few days’ time, on Monday January 13 at 11.59pm, the chance to enter the 2020 MacGlide Festival of Sails will close to boat owners wishing to be part of the historic Australia Day regatta from January 25 to 27.

Online entry and the Notice of Race is available here.

Royal Geelong Yacht Club’s longstanding series opens with the traditional passage race for the offshore boats from Melbourne to Geelong, starting at 9.30am Saturday January 25 off Williamstown.

Entries for the MacGlide Festival of Sails, Australia’s oldest annual sporting event, are tracking well ahead of the closing date.

Headlining this year’s start, the largest single fleet start in the Southern Hemisphere, will be a handful of top-notch TP52s fresh off their Rolex Sydney Hobart run south. Craig Neil and Bob Steel’s Quest was the best-scored of the TP designs, coming in third overall on corrected time in the tough bluewater classic.

The lion’s share of entries in the Cruising AMS and Cruising with Spinnaker divisions reflect a diverse array of performance production boats and one-off designs from around Port Phillip and beyond. All entries, whether the well-patronised S80 one design fleet, multihulls or two-handed, receive complimentary berthing and live entertainment at RGYC as part of the entry fee. 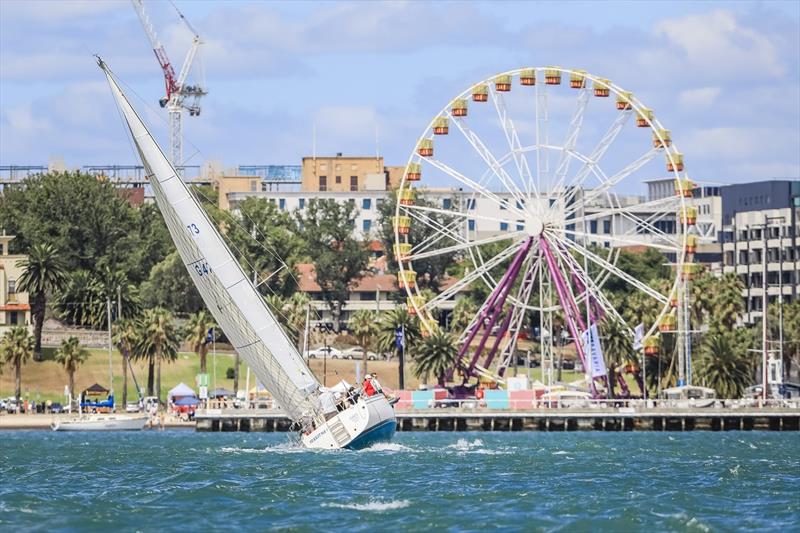 Day racing on Corio Bay followed by summer evening entertainment, both within the RGYC Regatta Village and at nearby outdoor venues, provide an ideal chance for families to join up late afternoon, and for sailors to enjoy a New Year catch up with mates. Camaraderie among the almost 2,000 yachties is one of the key reasons owners and crew return to the popular three-day MacGlide Festival of Sails year after year.

Numbers at the club will be boosted in 2020 by the fact many Australian and international 49er, 49erFX and Nacra 17 teams are training on the bay for their Oceania and World Championships RGYC will conduct soon after the Festival.

All ages and interests will be catered for via a daily schedule of beach activities, sponsor activations, entertainment and food choices. For information and direct links to the MacGlide Festival of Sails Regatta Village schedule click here.

The full race schedule for the wider fleet can be viewed here.