The 37th annual Fiji Regatta Week has come to a close after four days of sailing, paddleboard races, games, parties and more.

65 yachts and 210 crew members from around the world took part in this annual cruiser’s regatta that takes place at Musket Cove Resort and Marina in the Mamanuca Islands of western Fiji.

While the numbers were certainly reduced from recent years where the regatta has swelled to include over 100 yachts and close to 400 sailors, this year’s event exceeded the organizers’ initial expectations given the current situation regarding the COVID 19 global pandemic.

“Only a few months ago nobody expected this regatta to actually go ahead and nobody’s having a regatta anywhere in the world from what we understand. Because of the Blue Lane Initiative, we’ve been able to ensure that we have the health protocol and measures put in place ensuring safety for not just Fijians but everybody coming to Fiji. And also at the same time to allow people to come to Fiji and participate and get to know our people and experience the tourism. To experience the culture we have and the friendliness of the Fijian people. But also to have fun themselves. So I think this regatta is quite symbolic”, Mr. Khaiyum explained.

The weekend’s main race, the Marsden Cove Marina Around Malolo Classic, was won by the Port Denarau based 8.5 meter racing catamaran Miss Minnie. Skippered by Andrew Rhodes of Coral Cats Fiji, Miss Minnie relied on her light weight and experienced crew to pull away from the fleet in the light winds of the day. Claiming a line honors victory in the race after barely missing out on that honor in last year’s race, Rhodes and his crew were ecstatic. Allan Marshall’s Vuda Marina based Seacart 26 trimaran Kaia was second in the monohull division while Seth and Elizabeth Hynes’ San Francisco based 51 foot catamaran Archer rounded out the podium. During the Sand Bank race, the Malolo based racing catamaran Flat Chat, skippered by Don Coromandel narrowly beat out Archer to win in the multihull division. 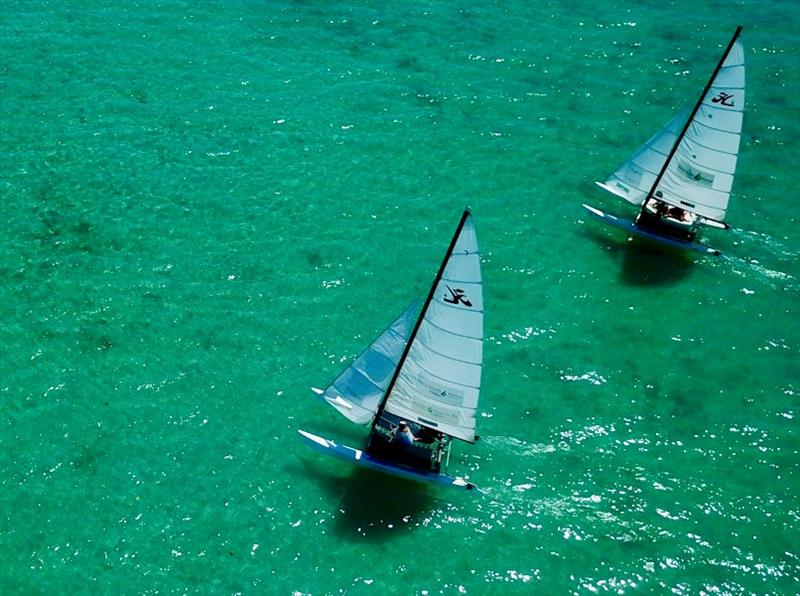 In the monohull division, it was another boat from San Francisco also loading up on hardware. Dr. Tom and Lynne Petty’s custom 60 foot monohull Roxanne used her long, easily driven hull and generous sail plan to easily pull away and win both races. In the Sand Bank race, Roxanne also finished ahead of all of the multihulls by a large margin, while in the Around Malolo race she was followed to the finish by the New Zealand based yacht Taonga and the Musket Cove based yacht Pandora.

Perhaps the most popular event of Fiji Regatta Week is the Port Opua Hobie Cat Challenge, which involves a match-racing event using the resort’s fleet of four custom-modified Hobie 16 catamarans. This year, just under 40 teams consisting of two sailors per boat (and more in some situations), entered the event. When the dust settled, it was Musket Cove Resort company director William Moffat and local sailor Don Coromandel taking out the win with the crew from the English yacht Serenity First finishing in second and two more Musket Cove locals rounding out the podium after a long and hard-fought match racing event that was conducted over three of the regatta’s four days. 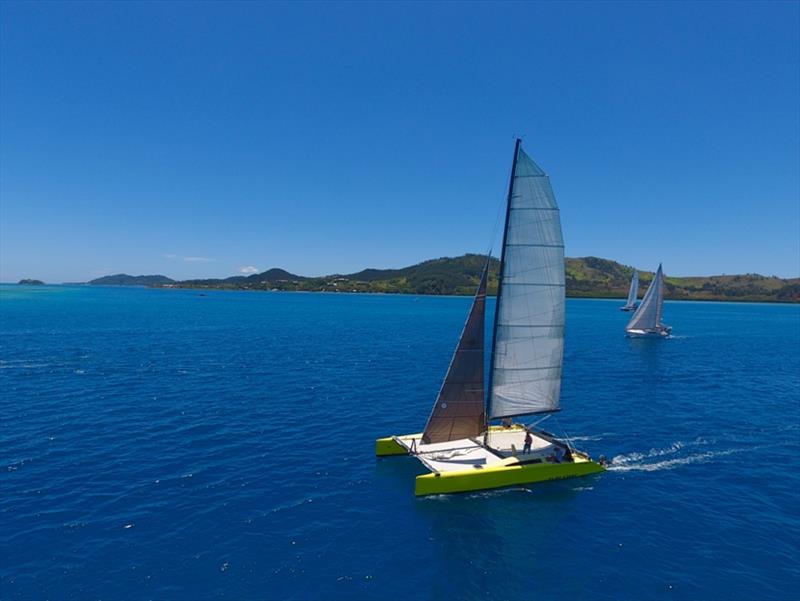 New to the 37th Fiji Regatta Week was the inclusion of a standup paddleboard sprint competition and the return of the paddleboard race from Namotu Island back to Musket Cove. Sponsored by the new Musket Cove based company Mamanuca Board Traders Pte Limited, the races marked a return to SUP competitions in Fiji for the first time since the world championship event was held here in 2016.

More than 70 competitors took to competing in the ‘SUP Challenge’ event, which consisted of a knock-out style sprint competition where the winner of each heat race would advance to the next round until a champion was declared. Local surfer and charter boat operator Andrew Rhodes won the men’s division while Musket Cove based sailor Karen Koens won the women’s division, while the kid’s division was also very well attended.

The race from Namotu Island back to Musket Cove was changed to a 4-mile triangle-shaped course inside the Bay due to unfavorable wind conditions. 22 paddlers including a strong local contingent who made the trek from Suva took to the start. After paddling from Musket Cove Resort to a buoy off of the Sandbar and then to a buoy off of Malolo Island and back to the finish, the leaders took one hour to complete the course. 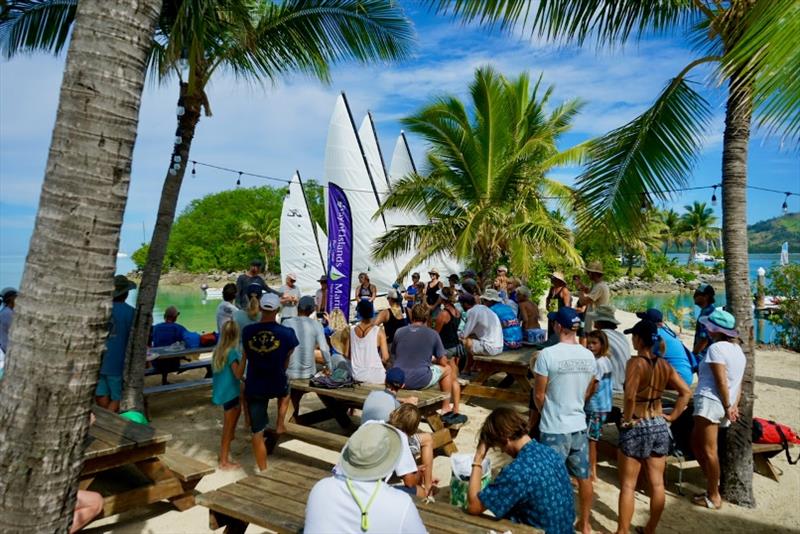 In the Men’s division, it was Brazilian surfer and sailor Jean Pereira who claimed victory while Karen Koens again won the Women’s division. Honorable mention goes to the Cooper family of the sailing yacht Renegade, a family of surfers and sailors from California and Hawaii who made the finals or placed on the podium of both events in the Men’s, Women’s and children’s event. 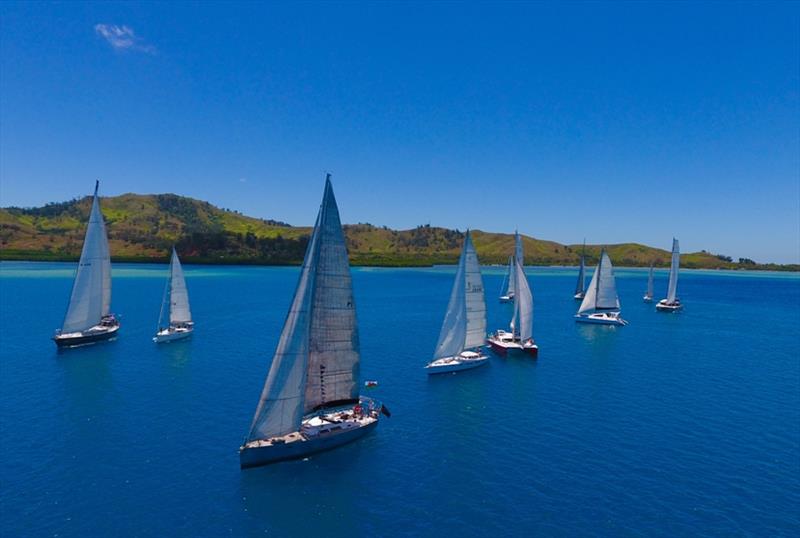 After four perfect days of sailing, paddling and beach games in light to moderate wind conditions and sunny skies, the 210 event participants and several more local sponsors attended the closing ceremonies and final awards presentation at the resort’s iconic Dick’s Place restaurant before a live band performed a long music set that coincided with an impromptu pool party late into the night. With many foreign cruising yachts being denied entry to sail onwards to Australia or New Zealand to find shelter during the upcoming cyclone season, the festive regatta spirit may last well into the off-season and the new year as more foreign yachts are expected to base themselves in Fiji than normal.