After a short delay, race day number 3 of the 2019 Fireball World Championship got under way. A new wind direction and new challenges tested the crews with the same sunny skies and warm water.

Large shifts were the order of the day with an unstable 6-12knts, not dissimilar to the UK nationals at Torbay. To this end Dobbo and Waggers punched out from the middle of the line and on to the first shift to take control of the race. They led from Swiss team Haerdi/Landerer.

The ever solid French team of Collin/Thuillier rounded out the top 3 with Aussies Macfarlane/Payne recovering well to finish 4th. 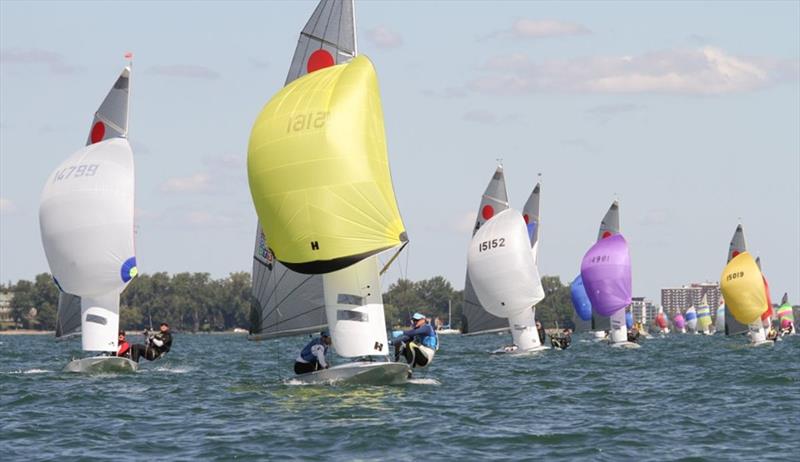 A similar flavour to race number 6 unfolded when an early left shift kept moving left to reward GBR’s Derian and Andy Scott with a well earned lead which they held for nearly all of the race… Dobbo and Waggers consolidated into 3rd behind Canadians Debbie Kirkby/Greg Ferguson. The French team once again punched in to the top five with other top runners (Aussies and Swiss team Claude/Ruedi) deeper in the pack. So on to the final beat when the front six boats wallowed in the centre of the course chasing large left and right shits before the hard right came good and allowed boats further down to capitalise. It was none other than the Aussies and Swiss who popped round and held on to the finish in front of Dobbo and Waggers and the Scotts.

It’s worth a mention the the only all female team of Mianne and Manuela from Switzerland rounded the first mark of race 6 first! 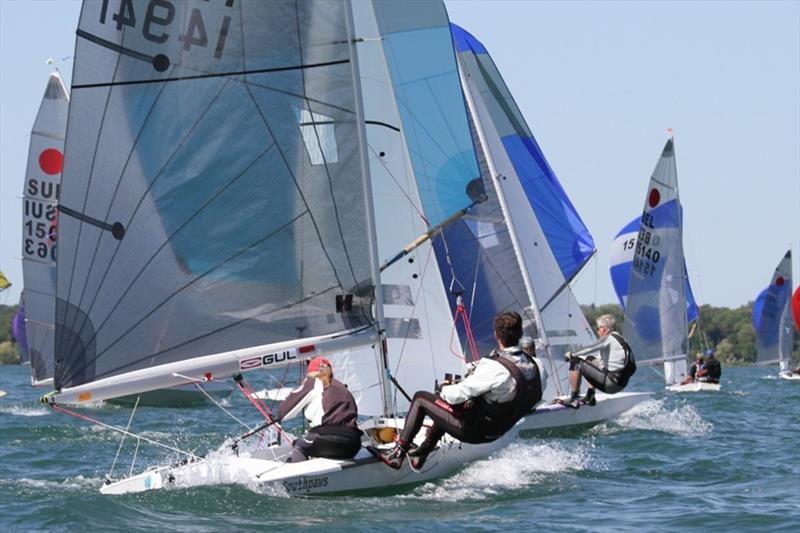 It’s now all tight at the front of the pack and the Ashes firmly in the balance (slender advantage AUS) with 4 more races to go and more breeze anticipated. Not before some pre-layday beers in downtown Montreal however.

Tune in for the final test starting Thursday…