Oman is to host the final and deciding event of the 2019 GC32 Racing Tour, especially with the Oman Air team well placed to secure the overall Tour title on home waters.

Muscat will extend a warm welcome to the fleet of high-performance foiling catamarans as they race for the Oman Cup over 5-9 November. The teams will be based in and racing on the open waters off Al Mouj Marina in the heart of the city.

The Oman Air crew is currently leading the GC32 Racing Tour and overall victory for the Oman Sail-run racing team would make a spectacular contribution to the celebrations marking the organisation’s 10th anniversary year.

It is a prospect that delights skipper Adam Minoprio. “The whole Oman Air crew is looking forward to finishing the GC32 Racing Tour on home waters and in front of home supporters in Muscat. We are leading the Tour and it would be fantastic if we could win the title in Oman this November. We will be going full out to make that happen,” said Minoprio, who leads a crew that includes long-standing Oman Sail team member Nasser Al Mashari. 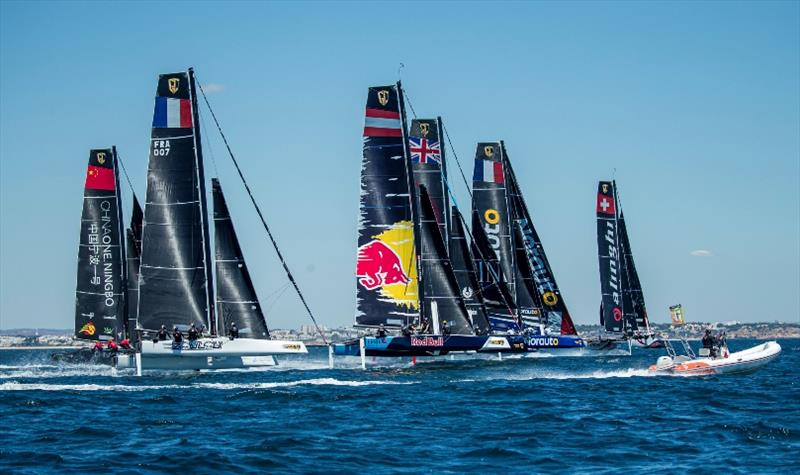 The GC32 fleet will race on Lake Garda, Italy, next month – the fourth event of the season – before heading to the Oman Cup finale, with the destination of the Tour title likely to be in the balance right up to the last day of racing in Muscat.

Welcoming the GC32 Racing Tour to Oman, CEO of Oman Sail David Graham said: “We are delighted that the Tour will reach its exciting conclusion here in Oman, and we can guarantee that all the teams and their supporters will receive the warm hospitality that the country is rightly famed for.

“The crews who have raced here before, particularly with the Extreme Sailing Series, know that Oman’s exceptional conditions are ideally suited to the high-speed flying GC32 catamarans, with the breeze in November ranging from 10 to 14 knots.” 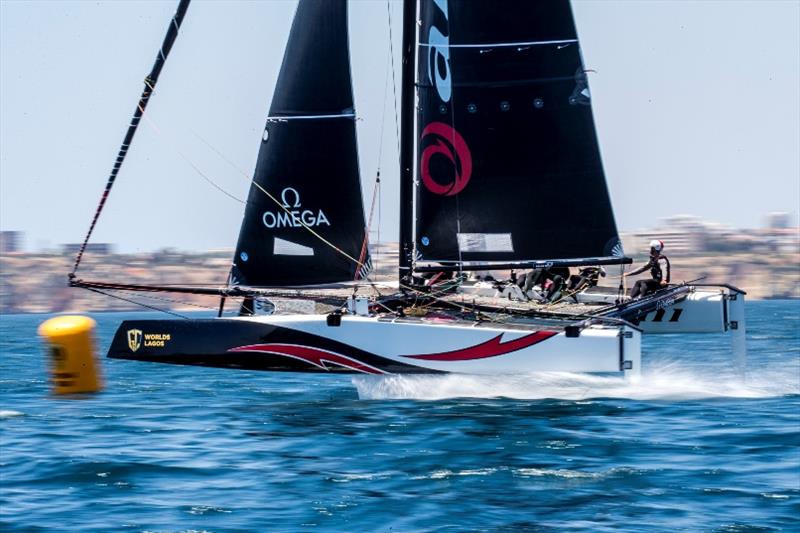 Muscat and Al Mouj Marina are well known to many of the crews as a regular host venue since 2009 for the former Extreme Sailing Series. Currently tied on points with Oman Air for the lead of the 2019 GC32 Racing Tour overall, long-term rivals Alinghi and Team Principal Ernesto Bertarelli have always been fans of the Sultanate. They also have the added incentive that when they last visited Oman in 2018 it was the first time the two-time America’s Cup winners had won there in seven attempts.

“Conditions are always very good there,” says Alinghi Team Director Pierre-Yves Jorand. “The only difference this time compared to past editions is that we are going in November and we don’t know how the weather will be. I expect there will be very warm water but the sea breeze might be slightly different.”

As to their prospects, Jorand is under no illusion that it will be a fight to the bitter end with their Omani rivals who will be on home waters. “I expect a very tight battle with Oman Air going into the final racing day of 2019.” 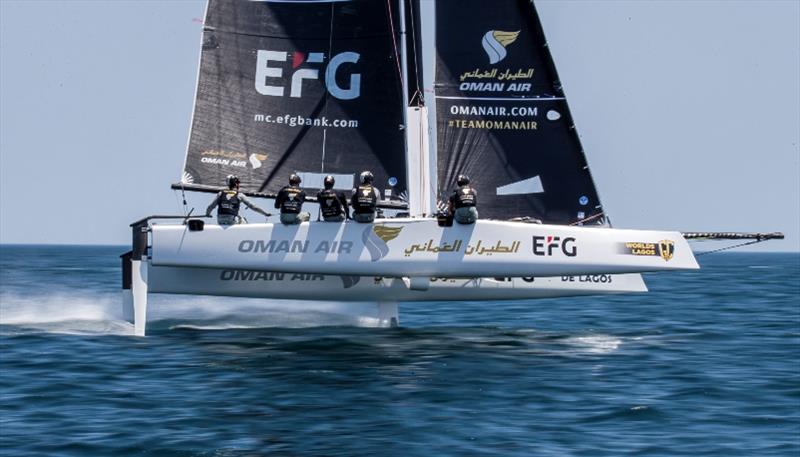 Manager of the GC32 Racing Tour, Christian Scherrer added: “We are looking forward to returning to Muscat for the last event of the season. The GC32s and the GC32 Class have a long relationship both with Oman as a host country for our events as well as the local team Oman Air which has been a member of the Class since 2016.

“Organising the last event of the season in Oman also gives us the opportunity to keep the boats there over the European winter and organise not just winter storage and refits but also training events.”

Full results so far can be found here 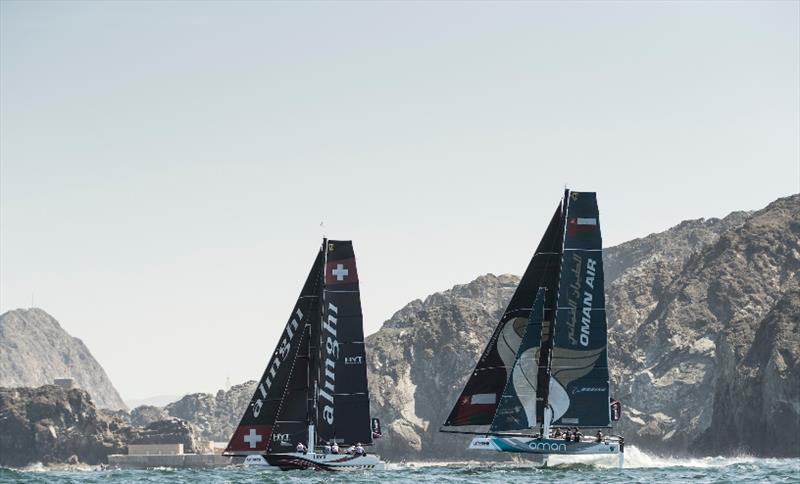 When Oman Air and Alinghi lined up off Muscat last year, the Swiss team won. Can Adam Minoprio and his crew redress the balance this year? – Extreme Sailing Series 2017 – photo © Lloyd Images 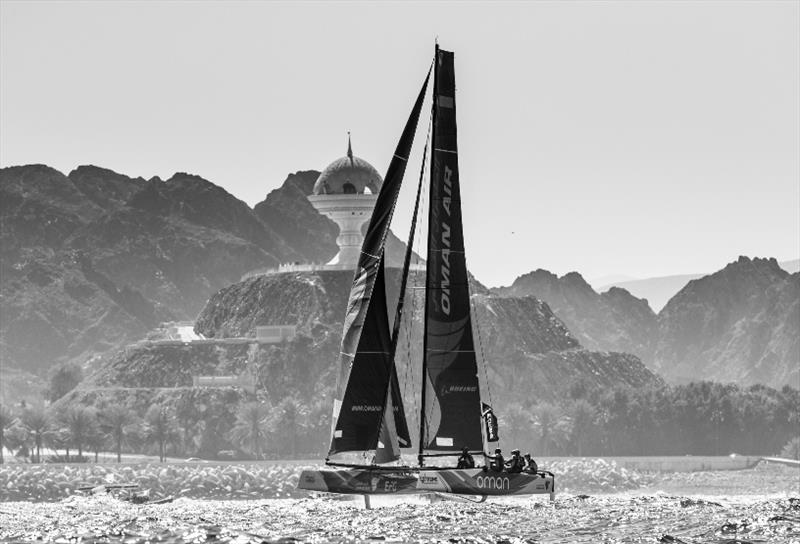