The enthusiasm observed for the Globe40 since its launch last June cannot be refuted. Indeed, with 17 months till the race start some 11 teams have already made it clear that they intend to set sail on this first edition.

Furthermore, the number of projects in the pipeline would suggest that this figure is set to increase rapidly, so it’s worth noting that there are only 25 places up for grabs!

These teams are writing the opening lines of a story for an event that promises to be remarkable through its totally international character (nine nationalities are represented out of 11 teams) and the incredible diversity of the competitors’ nautical experience, ages and backgrounds.

In this way, the spirit of the voyage will be coloured by Morocco (start venue Tangier) and Japan, Australia and the United States, Austria and Italy, Germany and Switzerland, with a French contingent that represents less than half the skippers presented. Evidently, the appeal of the course and the stopovers will in no way distract from the on-the-water competitiveness of the event.

Some prime raw material then on both a sporting and human level as demonstrated in each of the detailed presentations available on the Globe40 Facebook page and on the website globe40.com

Eora Racing: “The creation of the GLOBE40 race boasts an even longer course that the double-handed Melbourme to Osaka race, thus providing us the next perfect challenge for us”

Sirocco: “A Franco – Moroccan team, symbol of the sharing and the mix of the cultures”

Griphon Solo II: “We look forward to getting to fully exploring each stopover port”

The Long Way Made For Two: “This is the story of two fanatics from the same family on the baton from one generation to the next”

Father and Son Around The World: “It’s a family based project that will utilise the father’s experience of the sea, the son’s energy and the support of the whole family”

Ressurection: “We are looking for resurrection on a personal level and for the whole world”

K’M’ Ange Around The World: “You can achieve anything no matter what your differences are…we’ r keen to defend certain values with a crew that is disabled – able bodied – mixed and young”

Around The World and Globe40 Challenge: “The GLOBE40 embodies my next dream…our team has no borders in terms of nationality or gender”

*the german team is a professional one with a new boat, and will communicate it’s identity soon. 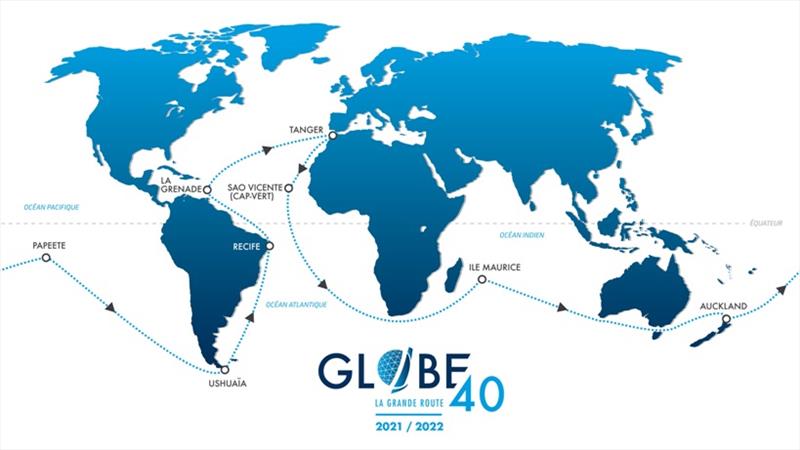