Not a Diamond, sailed by Linda Gorrie and her all-female crew, will be back at Hamilton Island in August for Race Week 2020. - photo © Craig Greenhill / Salty Dingo

An unprecedented surge of early interest in Australia’s premier offshore regatta, Hamilton Island Race Week from August 15-22, sees the fleet growing at a rate faster than any other time in the event’s 37-year history.

Staged over eight days on the tropical, island-laced waters of Queensland’s Whitsundays area, Race Week’s appeal is due to the fact that it delivers the ideal balance between exceptional tradewind sailing, a second-to-none social program, and unrivalled onshore camaraderie that bonds competitors, their families and friends.

“I am amazed by the rate at which entries are coming in this year,” said the event’s highly respected race director, Denis Thompson. “The lure of Race Week is obviously working; we even have our first international entry for this year. We have more than 40 entries already, and we are six months out. I dare not speculate on what the final fleet number might be, but at this stage it’s safe to say it looks like it will be impressive.” 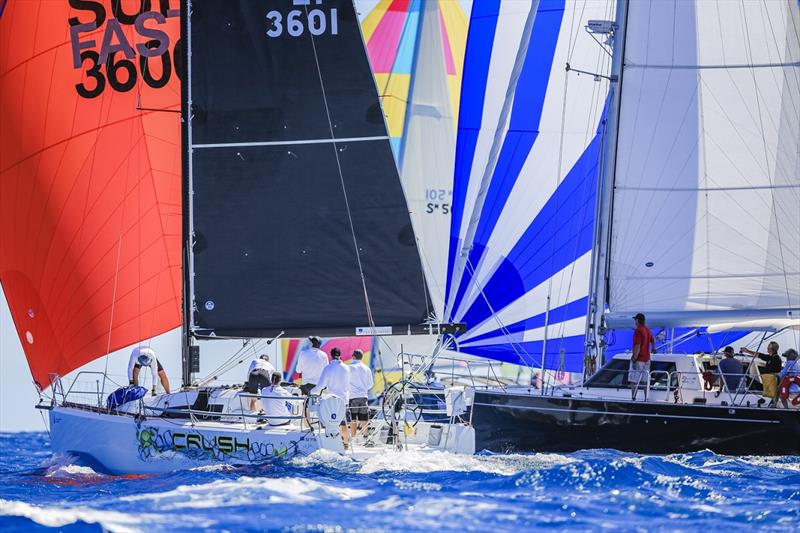 The first international entry is the Beneteau 51.1, Kiwi2, owned by Scotsman Marcus Barnetts, who resides in Queenstown, New Zealand. “I fell in love with a Kiwi girl in Scotland and followed her home to Queenstown where we got married,” Barnetts said. “I soon discovered sailing and before long was hearing about Hamilton Island Race Week. After purchasing Kiwi2, three mates and I decided last year we had to do Race Week. It was baptism by fire for us novices, but we had so much fun ashore and on the water that we knew we had to be there again this year.” 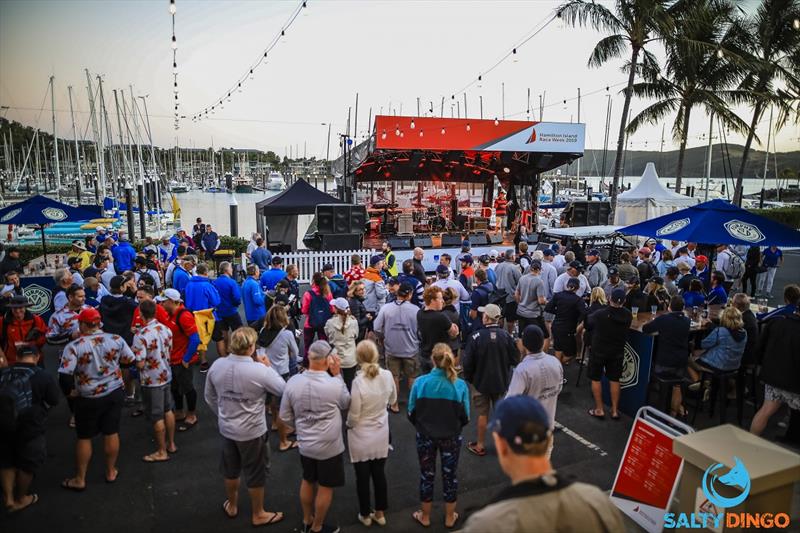 Barnetts said that as Race Week progressed last year, he realised there was a need for considerably more crew aboard Kiwi2, so he signed more up as the regatta unfolded. He’ll be back this August, this time with a complete crew and some crisp new sails.

Hamilton Island Race Week has an impressive history. It was established following Australia’s remarkable 1983 victory in the America’s Cup in Newport, Rhode Island. The inaugural regatta in April 1984 attracted an outstanding fleet of 92 yachts from all points across Australia, including Perth.

Special accommodation packages are available now. The options include everything from 3-star to 6-star hotels as well as a range of self-catering holiday homes, which are a great option for crews. Book now at www.hamiltonisland.com.au/sports-events/hamilton-island-race-week/hot-deals and get your pick of the houses available over these popular dates.

The Notice of Race and all details relating to Hamilton Island Race Week 2020 are on the website.

Hamilton Island Race Week caters for the full spectrum of monohull and multihull yachts: from trailables to supermaxis, cruising yachts and charter boats.