First-time Helly Hansen NOOD Regatta St. Petersburg skipper David Starck and his teammates on TeamPatStrong closed the regatta with a six-point overall lead in the Lightning fleet, winning the 23-boat class and earning a berth in the Helly Hansen NOOD Caribbean Championship.

“We are a really competitive international fleet, but at the same time, it’s very much a family class,” said Starck, of Amherst, NY. “My crew this weekend was my brother Tom, and Jenna Probst. We raced against Jenna’s parents and her brother, Tanner [who finished sixth and third in the class, respectively]. Plus, I’m competing against my 13-year-old daughter Sabrina. I love it.”

Stark and his teammates had been locked in a tight series with Lightning class runner up, Bill Faude’s Blue Light Special, but in today’s moderate breeze they easily won both races. He attributed their performance to good communication on the boat and patience with the weekend’s variable conditions. “We felt good across all the ranges,” said Stark, “which ranged from drifting to blowing 15 to 20.”

Another first-time St. Petersburg NOOD skipper winning top honors was David Jannetti in the J/70 class. With a 1-5 scoreline today, Jannetti and his teammates on Very Odd cemented their lead. While they finished fifth in the final race, Jannetti said it was the result of a strategic decision to ensure no surprises from Dave Kerr’s second-place USA 1516. “We were keeping tabs on them and doing a loose cover,” said Jannetti. “While that was our worst finish, it was still the right thing to do.”

Jannetti, of Miami Beach, Fla., said he is already planning his return. “St. Pete is such a fun and vibrant city. We enjoyed great sailing all weekend; and it has been a great way to warm up for next weekend’s J/70 Midwinter Championship.”

Peter Duncan’s Melges 24 USA 829 was the only team of the regatta’s 193 competitors to finish the series with a perfect scoreline, winning all seven races. Duncan’s team used the regatta to train for the upcoming Melges 24 World Championship. Duncan’s tactician, Victor Diaz de Leon, said the regatta was beneficial for familiarizing themselves with their new boat.

“Our goal was to learn and to work together,” said Diaz de Leon. “Matteo [Ramian], who has won two Melges 24 World Championships, has been helping us get up the learning quickly. Tactically, one thing I learned was that a little bit more wind makes a big difference in these boats, so it’s more important to jibe and stay in the breeze more than we might on a J/70.” 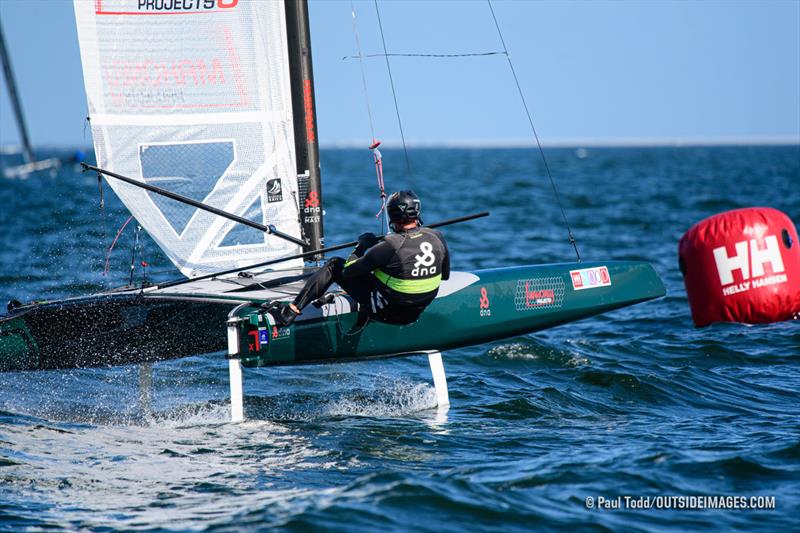 For A-Class Foiling Catamaran’s Bruce Mahoney, of La Porte, Texas, this weekend’s regatta was especially valuable as he looks ahead to the A-Class North American and the World championships, hosted by St. Petersburg YC in October. With a 10-knot breeze for this morning’s first race, Mahoney was fully foiling and noticeably faster, but when the wind died later in the morning the racing was much closer.

Michael Quaid, of Williston, Vt., skipper of the J/24 Ice Cube is a longtime NOOD competitor, and while his team finished third in 2019, this was his year. “To win feels great,” said Quaid, praising his longtime crew and its light-air sailing skills. “We scored four firsts when it was light, but when the breeze came up like in Saturday’s first race, it was our worst finish [fourth place]. The mid-range conditions today were my favorite; it made for a lot closer racing. It was very tactical and exciting.” 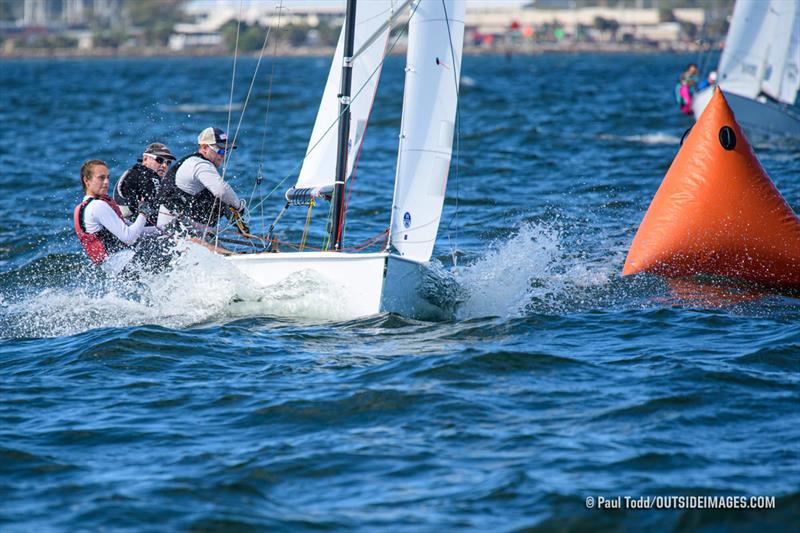 Iris Vogel and her team on Deviation finished on top of the six-boat J/88 fleet with five first-place and two fifth-place finishes. She said the key to her team’s success was not to panic, especially after a few bad starts. “This fleet is so competitive,” said Vogel, of New Rochelle, NY. “There are no favors in this fleet; all the racing is very close and every little move counts.

“What saved us was good crew work, making the right calls and keeping our head out of the boat. The conditions were constantly changing all weekend.”

For full results across all fleets, visit Yacht Scoring here.