Reflections on the hull of War Games © Peter Campbell

Hobart Combined Clubs Winter Series – No wind, no race for return to sailing on River Derwent

A windless Sunday morning disappointed the 350 skippers and crews of 53 yachts as they drifted on the River Derwent yesterday for the much awaited resumption of keelboat racing in Hobart.

With barely a breath of wind on the river for scheduled 9.40am start of Division 1, race officers of The Royal Yacht Club of Tasmania hoisted the postponement signal for what should have been race one of the Combined Clubs Winter Series.

Half an hour later, after consulting weather forecasts, they added code flag A to the mast on the starting box at Castray Esplanade, indicating ‘Races not started are postponed. No more racing today’. And the big fleet headed back to their clubs.

“At least the crews had some practice in getting their boats out and back into their marina berths,” quipped Commodore Tracy Matthews of the RYCT which was to have conducted race one of the Winter Series.

Yesterday’s race one of the six race Combined Clubs Winter Series, the first keelboat racing on the Derwent since last March, due to CONVID-19 restrictions.

Of the 57 entries, 53 boats were on the water, hoping for a breeze that never came. “Wonderful to see the support for the Combined Clubs Winter Series and very disappointing that we couldn’t race…hope to see everyone on the line next Sunday at Bellerive Yacht Club’s mid-river starting line,” said RYCT Vice Commodore Richard Bevan, chairman of the Combined Clubs Committee.

The program allows for postponed races to be sailed on a reserve day. 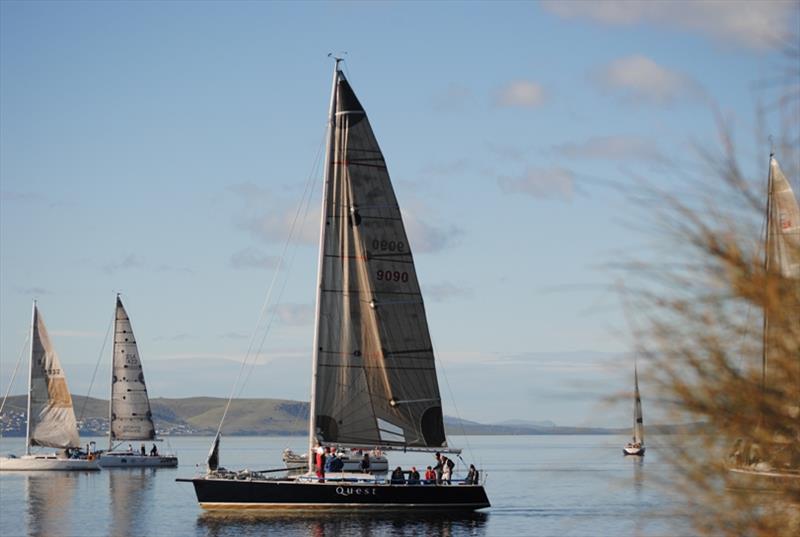 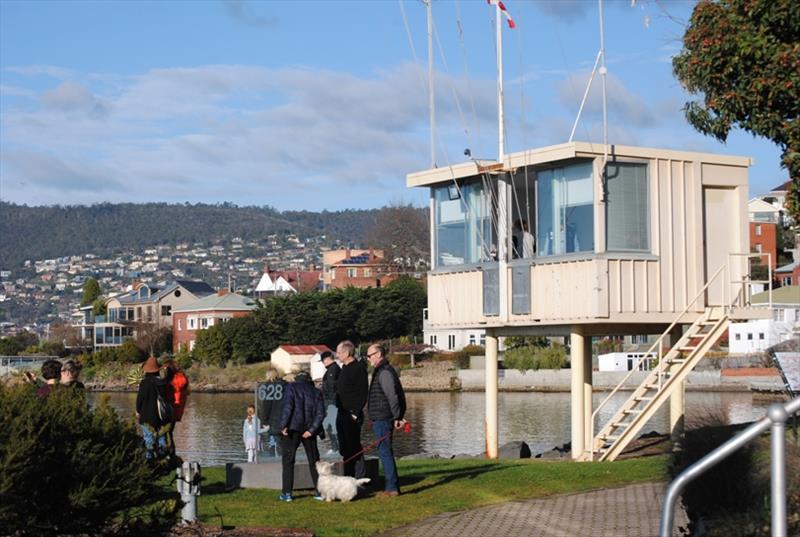