With the Horizon E73 across the Tasman Sea

When the captain of a super maxi high speed ocean racing yacht delivered a Horizon E73 from Australia’s Gold Coast to Auckland, New Zealand, he was pleasantly surprised with the yacht’s performance.

“I must say that on the Horizon E73 I was not at all concerned. it was feeling its way through the ocean like it was built to be there; the entire vessel was sound.”

Ty Oxley has been a professional sailor for the better part of 20 years. Prior to that he completed his trade in the Australian Army as a diesel mechanic. He’s completed 17 of the 630nm Rolex Sydney Hobart Yacht Races and won three of them.

Enigma takes a break amidst the dramatic backdrop of Lord Howe Island in the Tasman Sea. – photo © Horizon Yachts

For the last decade, Ty has been competing on the 100ft Super Maxi Infotrack (ex-Perpetual Loyal) as either boat captain or engineer. Ty did his rst international delivery at the age of 24 from Hong Kong to Sydney, and since then has completed a variety of international deliveries, including four Atlantic crossings and ve Tasman Sea crossings.

Ty was commissioned to deliver the 2010 E73 motor yacht, Enigma, from her previous owners on Australia’s Gold Coast to her new owners in Auckland, New Zealand. Ty was joined by Shane Kearns, an ex-Army warrant ocer who has competed in 14 Sydney to Hobart races; Kristen Kearns, who holds a Master Class 4 license, and Michelle Day, a New South Wales police officer. He spoke to Horizon about his experience.

Q: The Tasman Sea can be unpredictable. How did you prepare for the crossing?

“Having never before sailed on a Horizon, I was a little unsure of how it would handle the open ocean. With any delivery, it is about getting the window of weather right. I relied on Roger Badham for the task of forecasting the weather for us. Known by his nickname ‘Clouds’ in the yachting world, Roger is a professional forecaster who has provided weather forecasts to America’s Cup competitors since 1983. He has also forecasted the weather, including the lead up to and race days for the last nine Sydney to Hobart Yacht Races.

“The forecast predicted some rough conditions for the rst 36 hours into the crossing but with an abating system as we entered a high in the Tasman. So, we made the decision to go out through the seaway and see how the vessel handled the forecast for an hour. If we were not happy, we would return to the Gold Coast and wait, which would make it hard to miss the next system as we approached New Zealand in the days to come.” 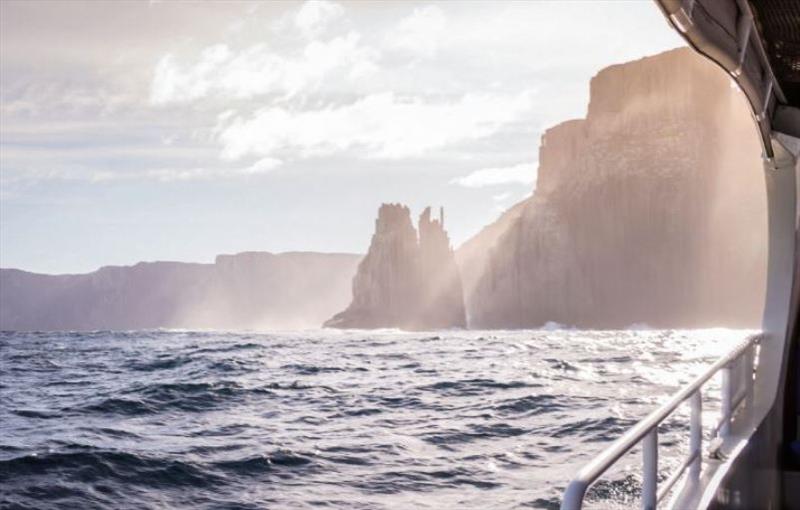 Despite the often unpredictable conditions that characterize the Tasman Sea, the E73 remained stable and comfortable. – photo © Horizon Yachts

Q: Tell us about that first hour?

“Once we left the Gold Coast and got outside the sea wall, the wind was about 20 knots from the northeast so it was 50 – 60 degrees o our port bow. We took it easy, making way at about eight knots. I was more than pleasantly surprised at how the boat handled the seaway to the point that there was not even a consideration to go back. 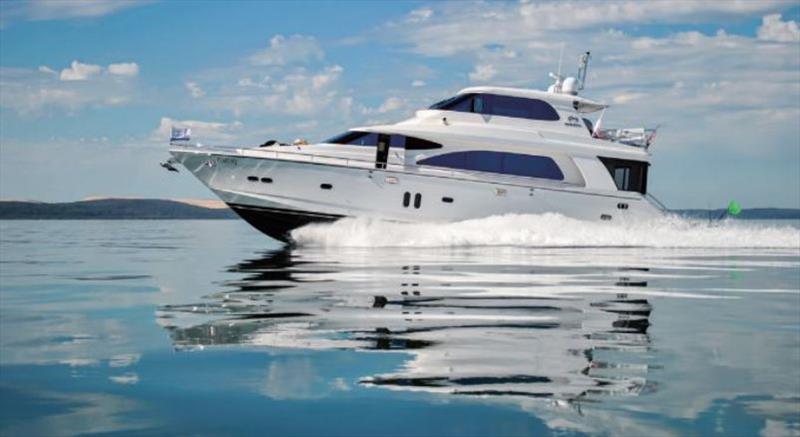 The boat had stabilizers on, which were working well. We found that at about eight-to-nineknots headway it handled the sea with no issues at all. I have had plenty of ocean experience, having competed in 17 Sydney to Hobart races – the last ten on board 100ft super maxis – as well as numerous international deliveries on various vessels so I knew what to look for. I must say that on the Horizon E73 I was not at all concerned. It was feeling its way through the ocean like it was built to be there; the entire vessel was sound.” 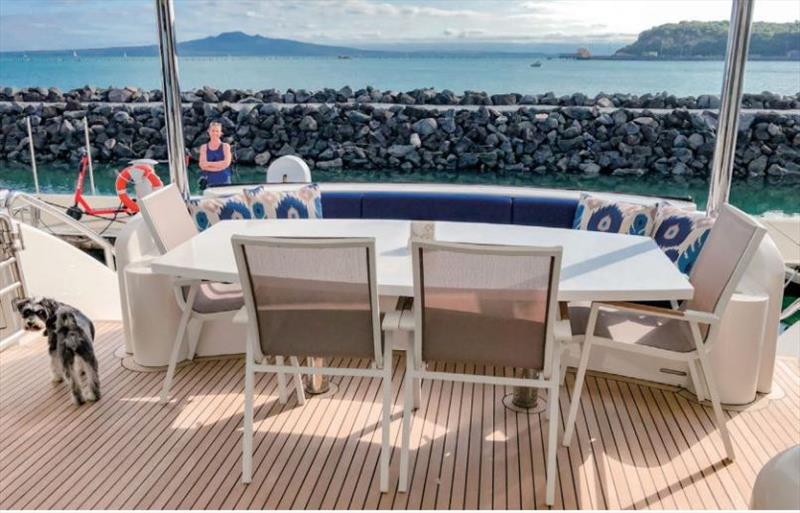 Q: How was the remainder of the delivery?

“The following day the breeze was around 20-25 knots, occasionally gusting a little more, as we headed east. roughout the late afternoon the wind started to abate as forecasted and by the next morning we were in sub-ten knots, which got even less as we continued east over the following days. We were then able to increase speed and the C32 Caterpillars – sitting on 1050rpm, purring along at 10-12 knots with some current assist – used just 70 liters per hour. The engine room itself was awless. As an engineer, the only time I had a tool bag out was to clean a dirty strainer on the generator so I was impressed.

“I must say, if someone asked me to take another Horizon vessel I would not even hesitate. I truly believe the boat was amazing. It was a pleasure to be on.”

2020-04-16
YachtBoatNews
Previous: The Ocean Race
Next: Race for Water