The Ida Lewis Distance Race presented by Jeanneau America and scheduled for Saturday, August 15, has a record-breaking 74 entries, indicating how much sailors are itching to compete and embrace any and all event modifications that the Covid-19 pandemic has necessitated.

The race, in its 16th year, is hosted by Ida Lewis Yacht Club and starts off Fort Adams at 11 am. Because of CDC guidelines, the skippers’ meeting – typically held at the Club – will be held on the water at 10:15 a.m. (broadcast on VHF Channel 79A).

“It definitely will not be your normal Ida Lewis Distance Race,” said Event Chair Pat Kennedy. “We have been taking it week-by-week, but we started early on with tailoring the event to family and friends (those who can sail together safely) and keeping our plans flexible.”

To that end, the race starts on a Saturday rather than its traditional start on Friday, and 44 boats in the PHRF Aloha class (for smaller boats with PHRF ratings of 55 and higher), Coronet class (for larger boats with PHRF ratings of 54 and lower) and Cruising Spinnaker class will sail a never-before-offered inshore course that tracks 33 nautical miles around Conanicut, Prudence and Patience Islands. “Those teams will not need to sail overnight, which makes it easier for those forced to sail with a smaller crew,” said Kennedy.

The balance of the fleet – an IRC class with 10 boats and a PHRF Doublehanded class with 20 boats – will each sail one of the race’s four traditional overnight offshore courses. The round-trip courses, ranging in length from 112 to 169 nautical miles, are decided by the Race Committee just prior to the race to best fit the weather conditions expected. With turning marks at Castle Hill, Brenton Reef, Block Island, Montauk Point, Martha’s Vineyard and Buzzards Tower, they incorporate some of New England’s most celebrated cruising grounds.

The Doublehanded sailors, comprising the largest class this year and the largest class of its kind in the history of the race, will see Volvo Ocean Race and America’s Cup veteran Ken Read (Portsmouth, R.I.) and Suzy Leech (Newport, R.I.) sailing the Jeanneau Sunfast 3300 Alchemist. Their Doublehanded Mixed (Co-ed) crew represents a new class for the 2024 Olympics. 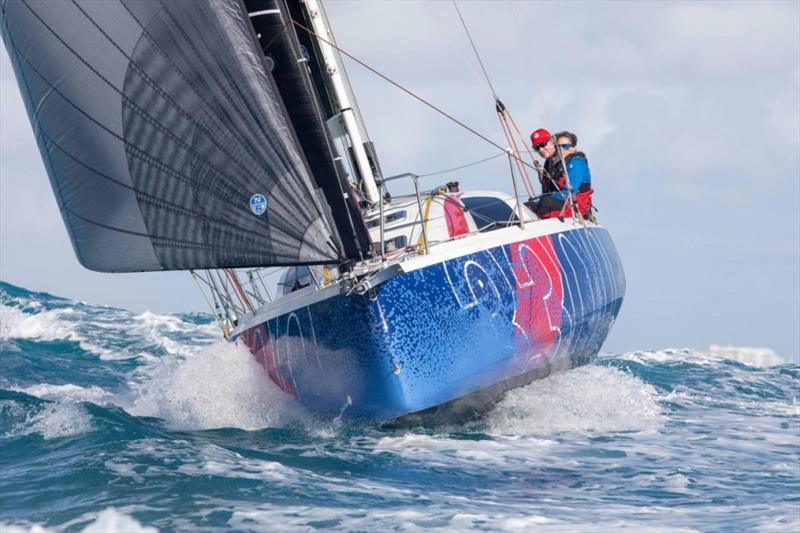 “Our campaign is a collaboration between myself, North Sails and Jeanneau to help promote doublehanded racing in North America,” said Read, who recently won the New England Solo/Twin Race in the same boat, sailing doublehanded with his brother Brad. “Not that we are inventing doublehanded racing here, just giving it a bit of a nudge because with the Olympics in 2024 having an offshore class, the U.S. needs to start gaining some new momentum on this side of the sport.”

Read has sailed several editions of the Ida Lewis Distance Race on fully crewed boats and has many reasons to love it: “It’s a great race because the course is not set in stone and is always configured to be diverse, with a variety of angles and conditions. Nobody wants to bash away upwind and downwind offshore, so it’s always great fun…a good test.” 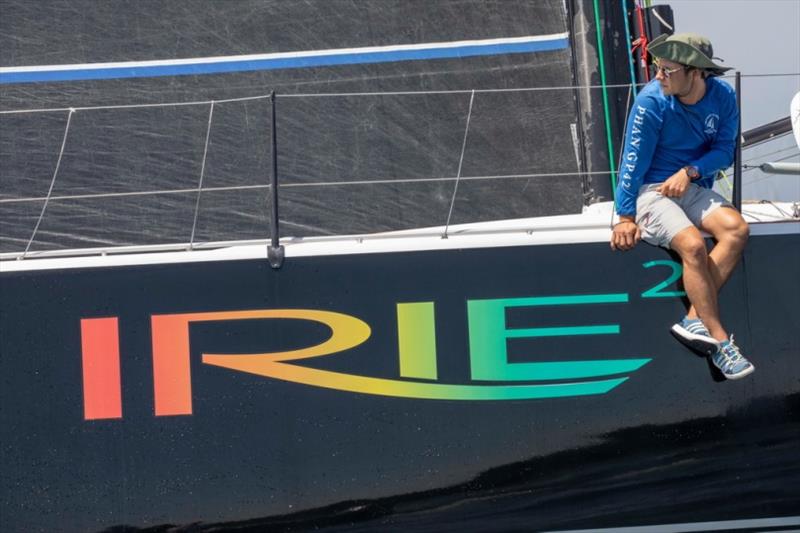 “It’s fantastic that the Ida Lewis Yacht Club has found a way to host this race during these challenging times,” said Fielding, who noted that the Olympic distance race he and Clapcich are practicing for will span three days. “We can’t say thank you enough to the organizers and volunteers; in terms of racing, the choice of courses for the Ida Lewis Distance Race are always interesting, and we’re looking at a very competitive class!”

Another doublehanded team, co-skippered by Andrew Berdon (Hartsdale, N.Y.) and Alec Snyder (Newport, R.I.) have an entirely different reason for sailing with just two people. “We normally campaign Summer Storm (a Marten 49) with a crew of 12, but due to Covid-19 issues, I am racing her in the doublehanded division,” said Berdon, adding that Snyder has been with the Summer Storm program since late 2017. “The boat is not laid out or designed for short-handed racing, so our expectations are limited. We want to sail a fun, safe race; a competitive result would be icing on the cake.” 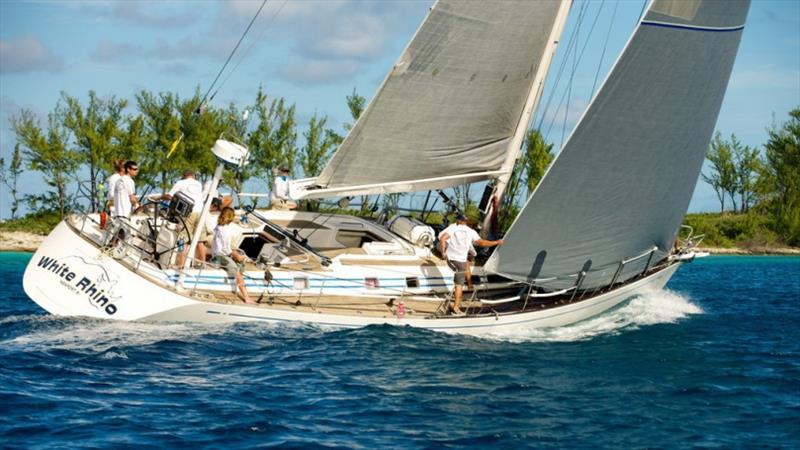 Defending champion in this class is Philip Haydon (Boston, Mass.) in his Quest 33s Cepheus. He sails with “Sail4epilepsy” on his sail, as he runs a nonprofit by that name that inspires those with epilepsy to do more with their lives.

Wes Bright is a “sapling” at Oakcliff Sailing Center in Oyster Bay, N.Y. and boat captain of that organization’s C&C 30 Flying Jenny, which is entered in PHRF Spinnaker Coronet class. He has been working tirelessly to get the boat ready for numerous offshore races this summer, including the Ida Lewis Distance Race.

“It’s going to be our second race as a crew,” said Bright, “and I think for the most part we’re going to look to really push ourselves coming off our last race (in Maine). We’re looking forward to having more and better competition and more similar competitors to ourselves. The fleet for the Ida Lewis Race is definitely more robust and well-rounded.” 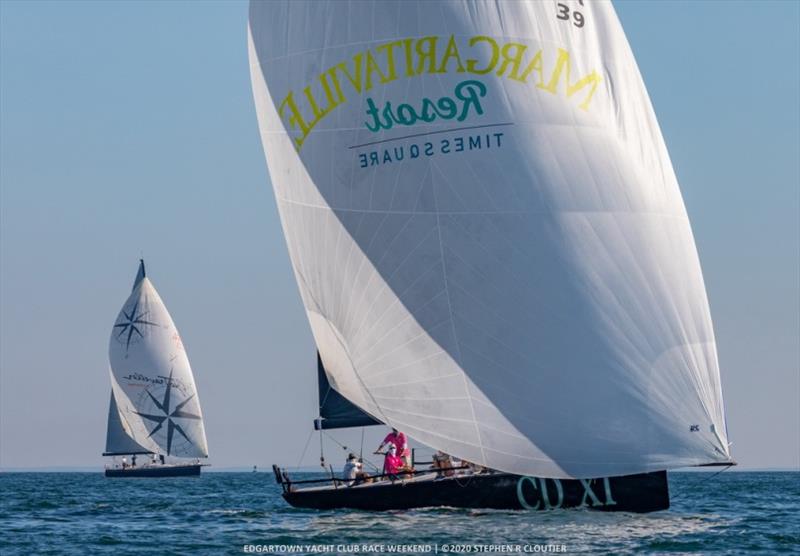 Bright’s work will be cut out for him as he is faced with formidable competition that includes Brian Cunha’s (Newport, R.I.) Ker 55 Irie 2, which has sailed to victory several times in this class, including the last two years. 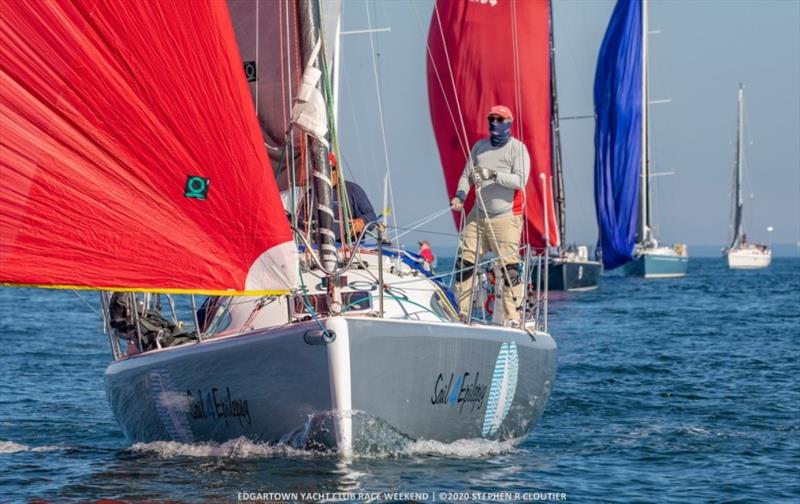 This is the 16th running of the Ida Lewis Distance Race, which is for boats 28 feet or longer and is certified as a “Clean Regatta” by the Sailors for the Sea organization. It begins off Fort Adams and ends just inside Newport Harbor where Ida Lewis volunteers can site the finish line from their clubhouse on Lime Rock before greeting each team on the water with a congratulatory bottle of Prosecco.

Find a full list of entries sorted by hometown here. 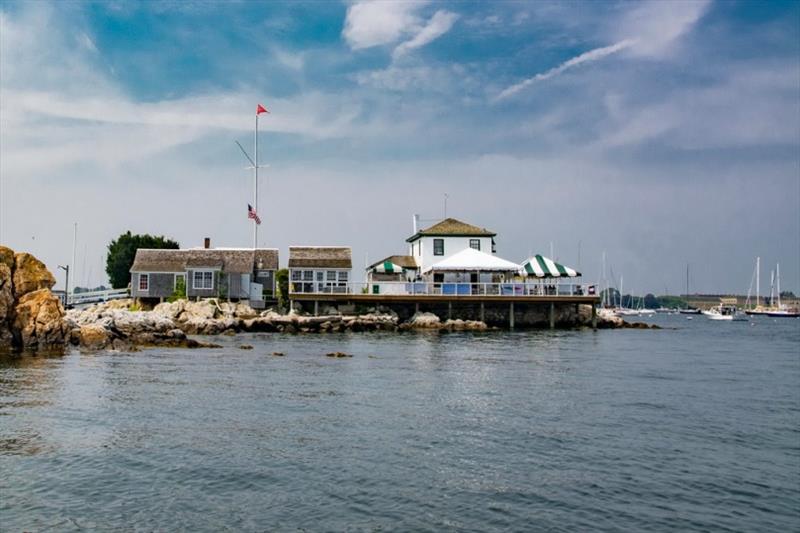