Who more fitting to earn the championship title at this year’s International Masters Regatta than the 2021 National Sailing Hall of Fame inductee himself, Carl Buchan.

Buchan has dedicated a significant amount of his life to the sport and his experience was apparent in this weekend’s regatta. It only makes sense that a sailor with so much success never stops fighting for the win.

“Our crew all worked together really well. We all did our job and trusted each other. It was good to feel the team coming together. We kept our focus on what we needed to do. The starts were really close and hard-fought. We had some great breezes, but sometimes it got a little tricky on the shift,” stated Buchan. 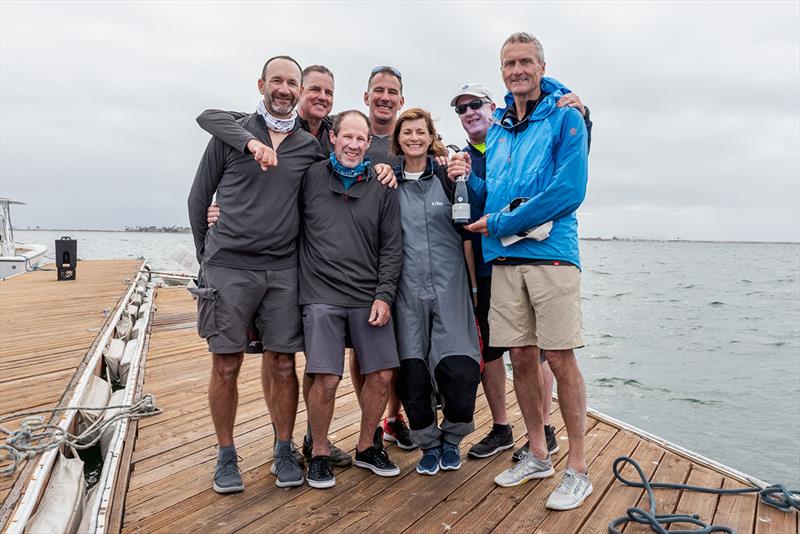 Buchan didn’t start the regatta with any advantages. Similar to the rest of the fleet on day one, his results were all over the board. After the first day of racing with a 5, 7, 1, 10, Buchan only returned to the course with more ambition. On day two, the skipper and his team took 3 bullets and a 4. After finishes of 3, 5, 1 today, the final day of the regatta, Buchan graciously offered his boat in the last rotation to take the place of a breakdown rather than use the untested spare boat. Such are the hallmarks of a Hall of Fame sailor.

However, Buchan wasn’t without a fight from the rest of the competition, especially Rod Davis. Davis beat Buchan in the first race of the day, race nine, by one point and never let down. Davis and Buchan also seemed to have sailed their own match race in race 10. Davis was a mere foot behind Buchan for the entire race and at the finish line. He really impressed the fleet in race 11. Davis and his crew started the race with an OCS, were last to round the weather mark, and still finished third. Unfortunately for Davis, it wasn’t enough to beat Buchan on the scoresheet. 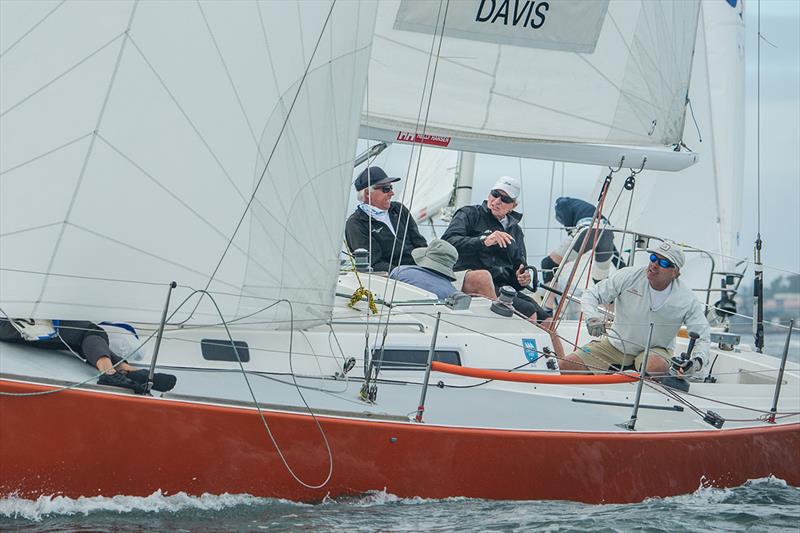 After Buchan retired from the regatta, the fight was on for second place. Davis and Campbell were only five points in reach and both were determined to win race twelve, the final race of the weekend. Campbell was able to hold his position in front of Davis from start to finish. Although the team claimed their one and only win of the regatta, Davis still beat them on the scoresheet and earned second place overall.

The overall top three results were: 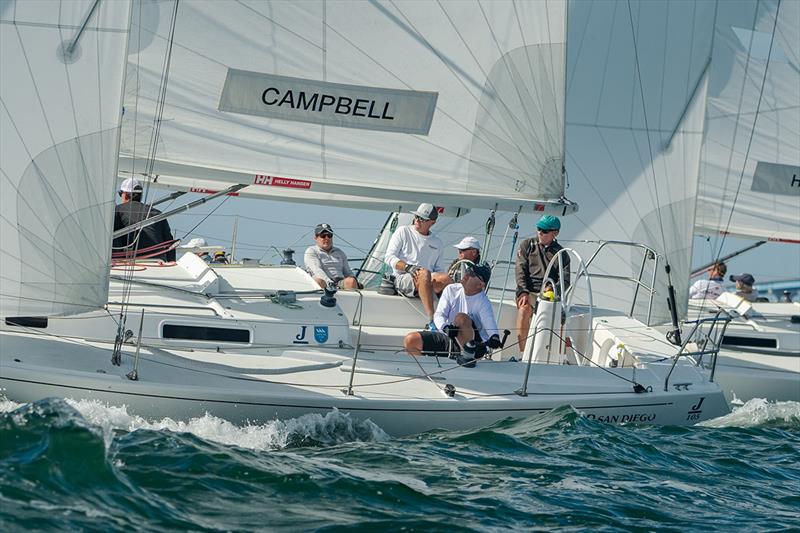 Buchan is a great example of what the International Masters Regatta is all about: sailors who have dedicated their lives to the sport, who have shown great success on the water, and who are still passionate about the competition.

After the races, the competitors were invited to the Saturday Night Awards and Banquet. The Banquet is historically a much-anticipated part of the weekend, where skippers take their time on stage to talk about (and roast) their crews.

“On behalf of myself, co-chair Tim Fuller and the San Diego Yacht Club, thank you to our sailors for coming out and making this a really exciting regatta weekend for everyone. It’s great to be back after a year off in 2020. We had a great regatta with plenty of competition out on the water. We hope everyone enjoyed themselves as much as we did,” said Co-chair JR Young.

Thank you to all of the J/105 owners who chartered their boats this year in support of the regatta.