However this weekend’s regatta is far more than a curtain raiser for the big event. 35 teams will be racing at the open national championships with top British teams taking on a stellar international fleet from Australia, Brazil, Cyprus, Ireland, Italy, Malta, Norway, Russia, Spain, Sweden, and the USA.

2018 J/70 UK National Champion, Doug Struth’s DSP, will be defending their title and will face stiff opposition from the best of British and Irish challenges to retain the trophy. Paul Ward’s Eat, Sleep, J, Repeat and Soak Racing, sailed by Ian Wilson and Marshall King, have been the top two teams in this year’s UK Grand Slam Series. Martin Dent’s Jelvis, Jeremy Thorp’s Phan, and Graham Clapp’s Jeepster will all be in the running, as will Calascione and Ripard’s Calypso, and Charles Thompson’s Brutus. Fiona Hampshire’s Royal Thames YC team will also be one to watch. 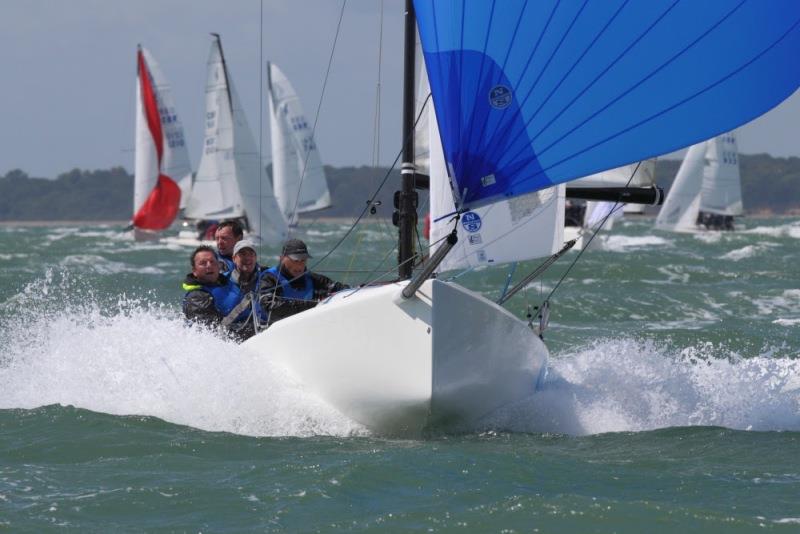 The J/70 UK National Championship will provide a taste of what is to come for the world class sailors. Perpetual trophies at the J/70 UK Nationals will be won by the top ranking teams, both Open and Corinthian from any nation. Past J/70 World Champions from the USA, Joel Ronning and Peter Duncan will be in action. From Italy, the reigning J/70 European Champion, Claudia Rossi’s Petite Terrible, and 2018 European Champion Alberto Rossi’s Enfant Terrible, will also racing. The international fleet is star-studded, with Gold medallist from the Olympic Games, winners of the America’s Cup, and multiple world championship winners. 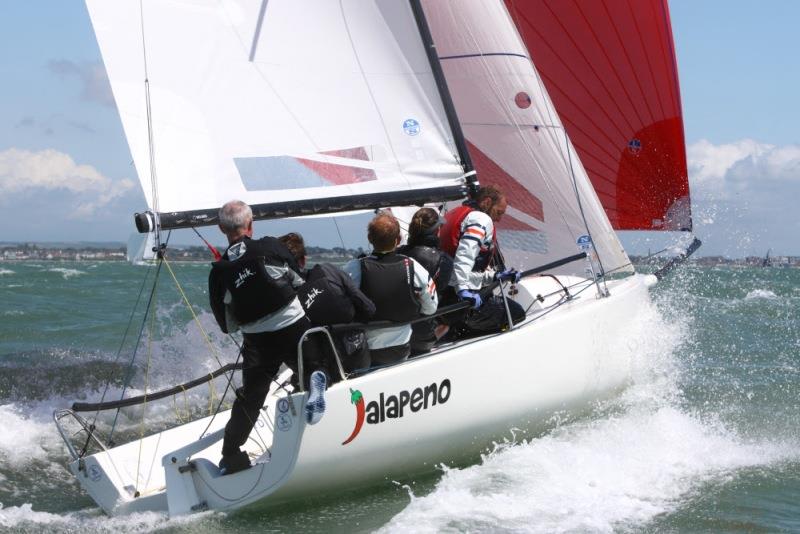 Mixing it up with some of the world’s finest will be teams that include family members, and social gatherings after racing are very much part of the J/70 scene. Starting with the Commodore’s Welcome reception, and after every race day, there are casual parties to rub shoulders with all of the competitors. Family combinations at the J/70 UK Nationals include: Martin and Ruby Dent (Jelvis), Seb and Tommy Ripard (Calypso), Phil and Ben Rees (Bryn), Patrick and Freddie Liardet (Cosmic), David and Alex McLeman (Offbeat), Jonny and William Goldsberry (Warcanoe), and Jack, Freddie and Charlie Davies (Yeti).