The Real Club Marítimo del Abra hosted the 2019 edition of the J/80 World Championship that started on July 13th off Bilbao, Spain.

The fleet sailed nine qualifying races to determine the Gold fleet in the first three days of competition. Thereafter, the final two days were scheduled for six more. But, the weather Godz would not cooperate. The first championship day saw just one race sailed due to light airs. As a result, the grand finale on the last day saw three more races sailed to determine the 2019 J/80 World Champion. Winning in the end was Pablo Santurde’s Spanish crew on M&G Tressis.

The exciting final day had spectacular weather, sun, cool, and a northeaster of 18 to 20 kts, enabling a total of thirteen races to be sailed with one discard race for the final scores.

The battles were epic all week, especially between the top two nations that have continuously been at the top of the world in J/80 events for over a decade, the French and the Spanish. 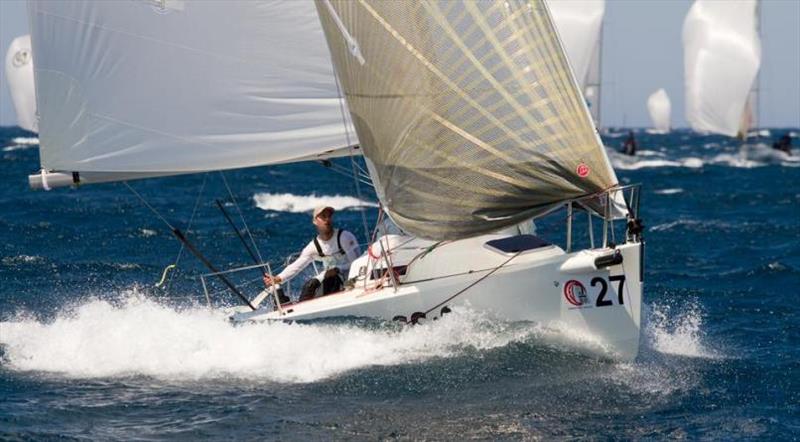 After the first three days of qualifiers, the two leaders were tied on points at 23 each, the Frenchman Laouenan Pierre’s Courrier Ecole Navale and the Spaniard Pablo Santurde’s M&G Tressis. Going into the one and only race of the Gold flight on Thursday, both teams had bad races; having to ultimately make them their discards, Pierre had a BFD and Santurde a disappointing 22nd.

On the final day, Santurde’s M&G Tressis crew sailed brilliantly, posting a 2-2-1 to win the regatta with 28 pts net. Meanwhile, Marc de Antonio’s Spanish crew on Bribon Movistar sailed equally as well, posting a 1-1-3 to leap into the silver spot. The flying Frenchman could not keep the pace with the top Spanish crews, posting a 6-3-4 in the finale for 36 pts net to take the bronze. Rounding out the top five were Rayco Tabares’ Hotel Princess Yaiza from the Canary Islands in fourth and Jose Asqueta’s Biobizz taking fifth place.

“We have done very well on the last day. We were not first until this final day, but we have been very consistent and never gave up on anything. We are very happy with this outcome. We have competed against the World’s best and sailed at a higher level than we expected,” said a satisfied and much relieved Pablo Santurde.

In addition, the best Women’s Team was that of Eva González’s Optical IVF Canadio Central from the Royal Maritime Club of Santander. 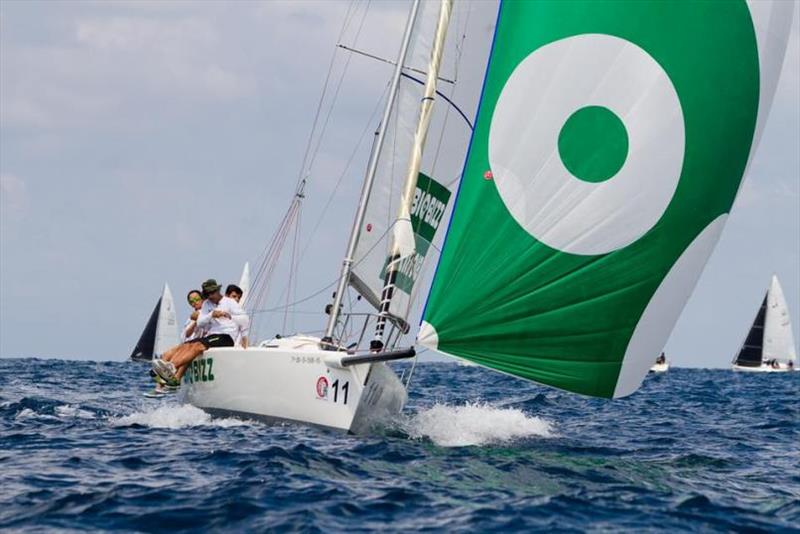 The “J80 Worlds 2019 Getxo” crew from the José Luis de Ugarte Sailing School (R.C.M.A.-R.S.C.), took the world title in the Youth Team category, after having also recently been champion of Spain.

The prize for the best Corinthian Team went to the Ignacio Camino’s Solintal. The best Mixed Team was the French Navigatlantique skippered by Anne Phelipon, while Trocadero Marbella Team skippered by Juan Luis Páez took the Masters Team category and Slightly Steamy skippered by the Englishman Nick Haigh won the Over-60 Team category.