The defending champion Honda Marine team of David McDiarmid, Matt Steven and Brad Collins hold a narrow points lead over their nearest rival as the fleet goes into the final two races of the JJ Giltinan 18ft Skiff Championship on Sydney Harbour tomorrow.

After each team drops the worst placing from the seven races sailed to date, Honda Marine leads former World champions Seve Jarvin, Sam Newton and Scott Babbage, in Winning Group, by just four points, so every placing in each of the two races will be critical. 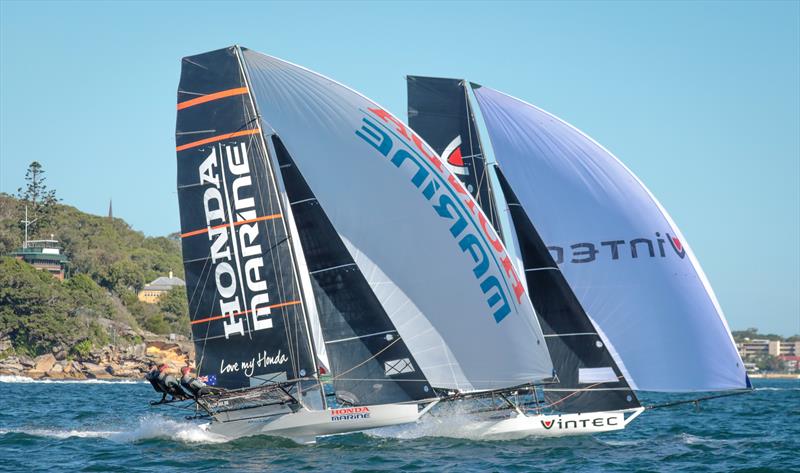 In today’s first race, sailed over a windward-return two-lap course in a 13-18 knots NE wind, Honda Marine came from behind early in the race to defeat Smeg (Micah Lane, Ricky Bridge, Peter Harris) by 44s, with Winning Group a further 35s back in third place. 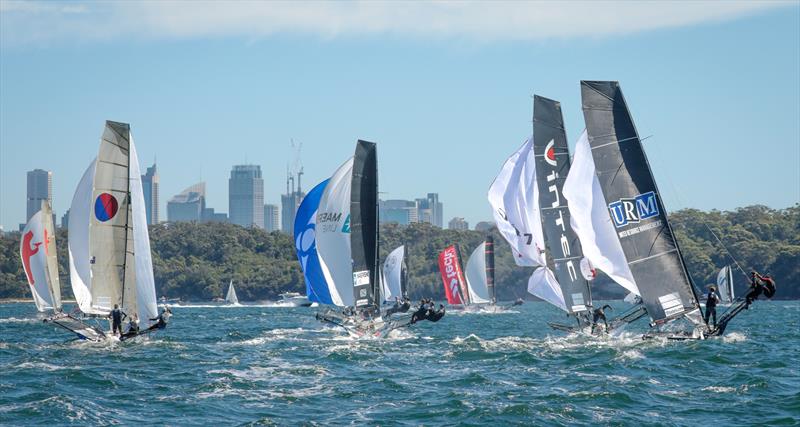 Honda Marine trailed the early leader, Shaw & Partners, to the top mark but powered downwind under her big rig (her opponents had smaller #2 rigs) to hold a 7s margin at the bottom mark.

Over the final lap of the course, Honda Marine out-sailed the rest of the fleet to go on to an impressive 44s victory. 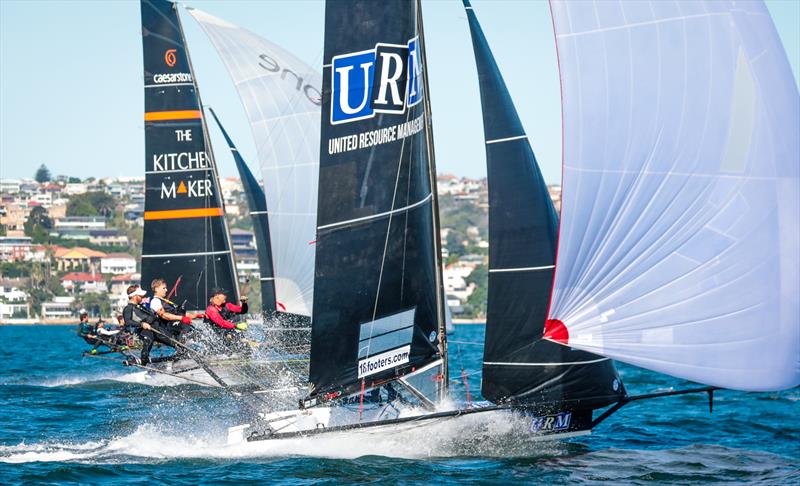 Unlike Race 6, the big rig boats were unable to gain enough time over the smaller rigged boats downwind and Winning Group was still 30s ahead at the bottom mark. Noakesailing was still in second place but Tech2 had edged just ahead of Smeg in the battle for third place. 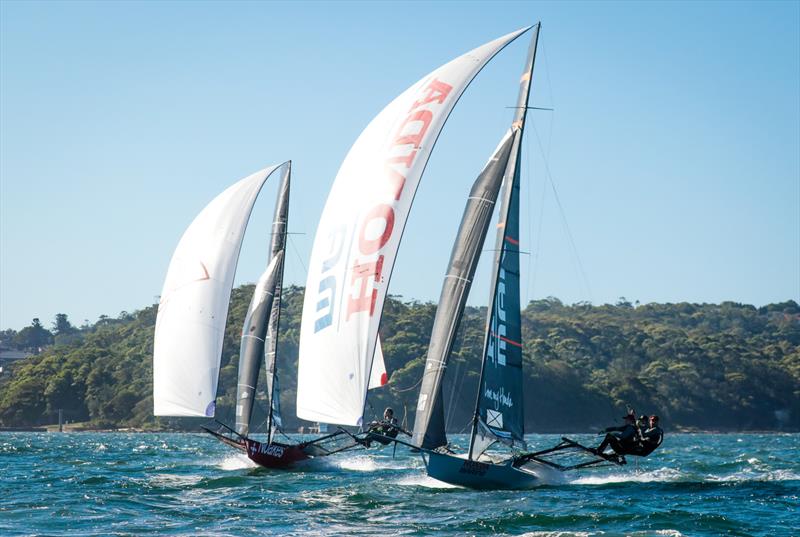 Over the final lap of the course, Winning Group had little trouble retaining her lead and was still 45s ahead of Smeg and Tech2 at the top mark.

Smeg and Tech2 then staged a spectacular spinnaker battle on the run down the middle of Sydney Harbour to the finish. Tech2 finally getting the better of Smeg to take second place by just 8s.

The JJ Giltinan Championship will conclude tomorrow with two races (races 8 and 9) being sailed to complete the nine-race regatta.

1996 JJ Giltinan world champion Stephen Quigley will present the traditional blue ribbon to the winning team on the water, immediately after the completion of Race 9. Mr. Quigley has also won Australian, European, NSW and Australian 18 Footer League Club championships, and has been a Director of the club for the past 20 years.

Unfortunately, due to the present COVID-19 restrictions, the Board of the Australian 18 Footers League have decided to cancel the Club’s spectator ferry until further notice.

Racing will continue, and AeroMedia Live Broadcast team will be out on Sydney Harbour to capture all the action, which can be viewed LIVE online at www.18footers.com and clicking on the ’18 Footers TV’ link..

JJ Giltinan Championship information, race results, race reports and photographic images is also available on the club website www.18footers.com and other news about the championship is available at: