While it’s safe to say that North America’s 2020 sailing season hasn’t exactly defined anyone’s idea of a great time, the good news is that organized racing has successfully unfurled, despite the stiff headwinds presented by the ongoing pandemic.

The less-than-cheery news, of course, is that most of us (myself certainly included) haven’t racked up the kind of offshore miles or racecourse starts that we would typically have under our collective belts by Labor Day. But that doesn’t mean that the 2020 season was a total bust, especially for sailors who live in regions of the USA that have managed to contain the virus.

While the greater New York City area, and the Northeast in general, got hammered by COVID-19 during the spring, the region has done an impressive job of corralling this scourge. As a result, one of the myriad dividends that sailors living in these states enjoyed was a Labor Day weekend that featured some classic racing.

As a former junior sailor who grew up on the waters of Long Island Sound, I learned long ago that Labor Day weekend is synonymous with the Stamford Yacht Club’s annual Vineyard Race. This 238-nautical-mile race (established 1932) begins off of Stamford, Connecticut, and takes boats on an easterly course through Long Island Sound and into the (typically) windier and wilder waters of Block Island Sound. From there, navigators plot the fastest routing to the Buzzards Bay Light Tower, which boats round to starboard, and then on to Block Island, which they must also pass to starboard. From there, the challenge becomes picking one’s way back into Long Island Sound and punching it for the finishing line. 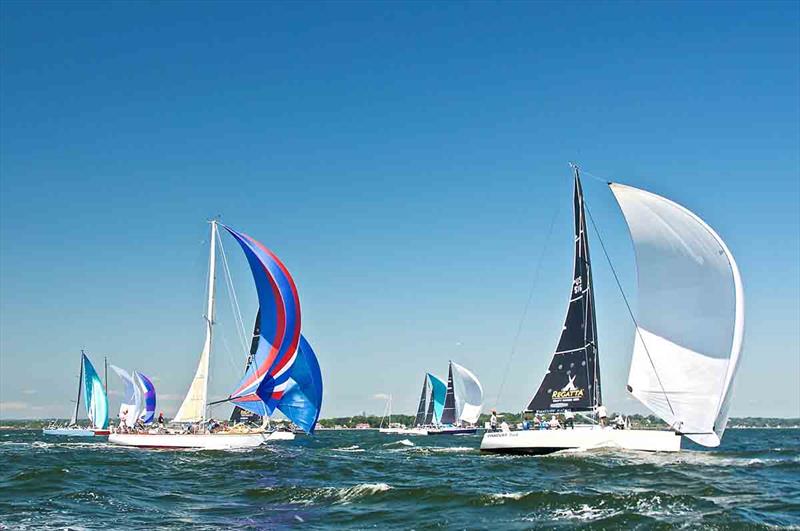 I caught up with Ray Redniss, who served as the event’s principal race officer, for an pre-racing interview, and while there were many remaining question marks such as weather and finishing results, this piece is a good primer for anyone who has hasn’t sailed in this classic event.

Impressively, the 2020 Vineyard Race drew some 90 yachts, ranging in size and complexity from a J/88 up to a mighty MOD70 trimaran, giving sailors of all participating stripes a classic distance-racing adventure to cap off an otherwise unusual summer. 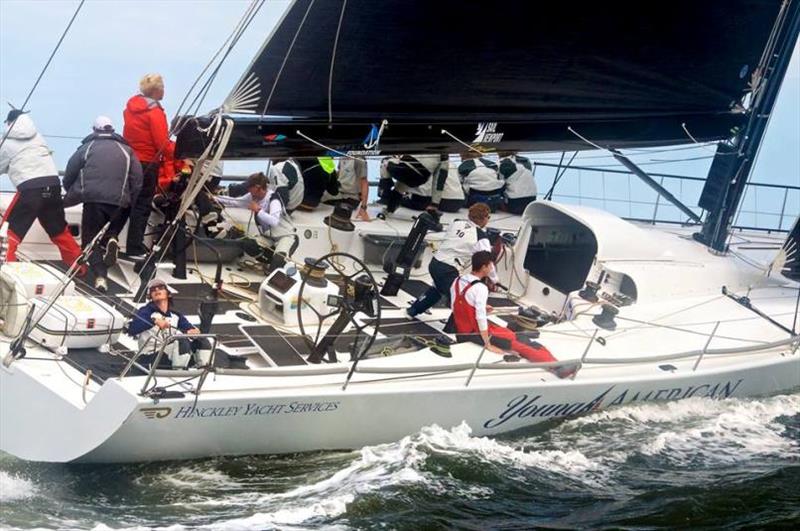 Speaking of Long Island Sound, Seawanhaka Yacht Club’s annual Stratford Shoals Race took place on Saturday and gave sailors an opportunity to race from a starting area off of SYC to Stratford Shoals Bell Buoy 1 and back, passing Lloyd Point Shoal Lighted Gong Buoy (to starboard on the way out and to port on the homebound leg) en route. All told, sailors racing on the long course enjoyed 43.15 nautical miles of racing, while sailors competing on the considerably shorter course two had 6.1 nautical miles to best position their boats relative to the competition.

Sticking with this same region, the Fishers Island Yacht Club’s 64th ‘Round Island Race (September 5) also unfurled over Labor Day weekend. As its moniker implies, this circumnavigation race, which began on the waters just outside of Fishers Island’s West Harbor, took the fleet on a (ballpark) 15 nautical mile spin around the island. The event featured One Design racing for the IOD, J/70, Melges 24 and Watch Hill 15 classes, while handicap racing was conducted using PHRF scoring for both spinnaker and non-spinnaker divisions.

All told, some 55-plus boats, ranging in waterline length from J/70s to a Hunter 45, participated, giving skippers and crews a booster shot of normalcy during a summer that has been anything but. 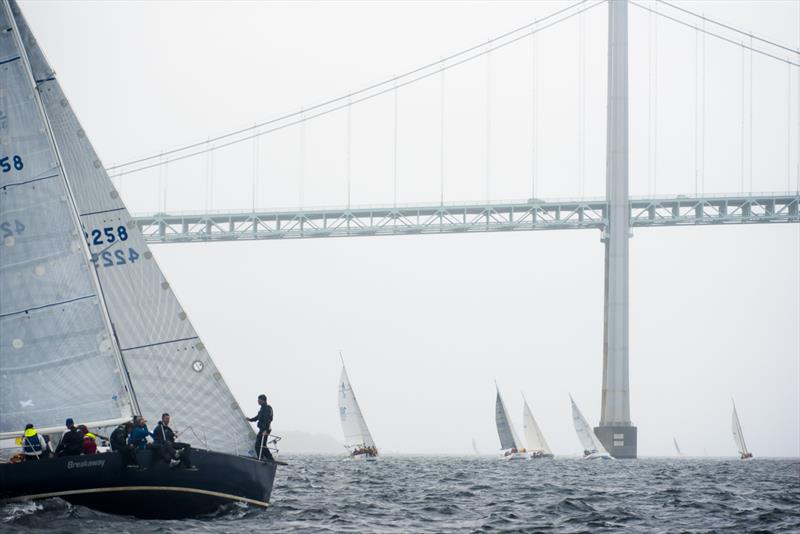 Meanwhile, further to the northeast of Long Island Sound, the Conanicut Yacht Club, which is situated on the shores of historic Jamestown, Rhode Island, held their annual Around The Island Race (established 1927) on Sunday. This event took a fleet of 85-plus vessels, ranging from J/70s to a Reichel/Pugh 66, on a 20-nautical-mile circumnavigation of Jamestown.

I caught up with Alan Baines, the event’s chairman, for a pre-racing interview, where I asked him about the entries and insider tips. 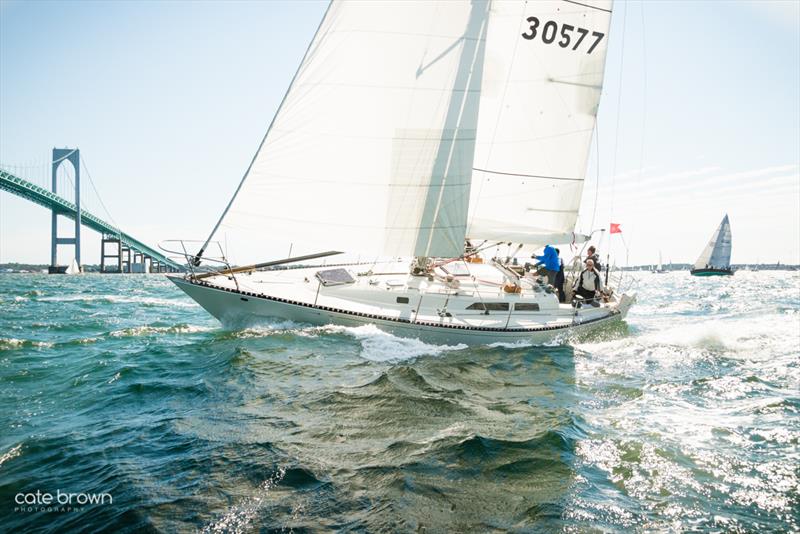 Meanwhile, racers living in the Chesapeake Bay Area had the opportunity to participate in the Annapolis Labor Day Regatta, which was run by the Annapolis Yacht Club and the Eastport Yacht Club. This event featured windward-leeward racing on the eastern waters of the Severn River, and it included 30-plus vessels, ranging from a Laser Radial to a J/133.

Finally, on the (fresh)waters of Lake Michigan, the Columbia Yacht Club and the Jackson Park Yacht Club’s Tri-State Fly-By Race began on Friday and took competing yachts on a 73.2 nautical mile course. This event drew 40 boats, ranging from a Seascape 27 to a Swan 46, and gave Great Lakes sailors an opportunity to enjoy an overnight race before the temperatures slowly but predictably start sliding south. 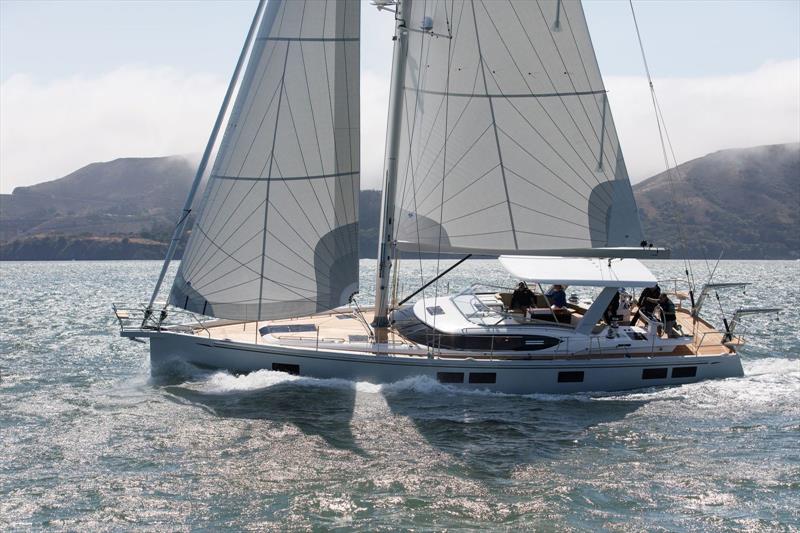 Regardless of whether there’s active racing unfurling on your local waters, all sailors (your scribe included) are gently reminded that September often presents some of the nicest weather of the year for day sailing or overnight cruising. Sure, this might not be the season that anyone expected or wanted, but the good news is that the coronavirus hates two ingredients that are key to most great days on the water: wind and sunshine.

So, even if your Labor Day weekend didn’t involve racing (and mine did not), you can always reclaim a bit of your pre-pandemic life by giving the virus two elements that it detests while also giving yourself, your family and your friends a (socially distanced) dose of what we all love best by simply hoisting sail and pressing canvas to the wind.