The hours Lazy Dog’s crew has banked in their campaign translated to top-notch boat work and handling, which in turn delivered the worthy winners their first Australian Championship.

“The same guys have been sailing with us for a long time, the same team did the Sydney to Hobart Race on Maverick (Stewart’s Infiniti 46r keelboat), and last weekend we used the Sydney Harbour Regatta as training. We put the hours in,” Lane said. 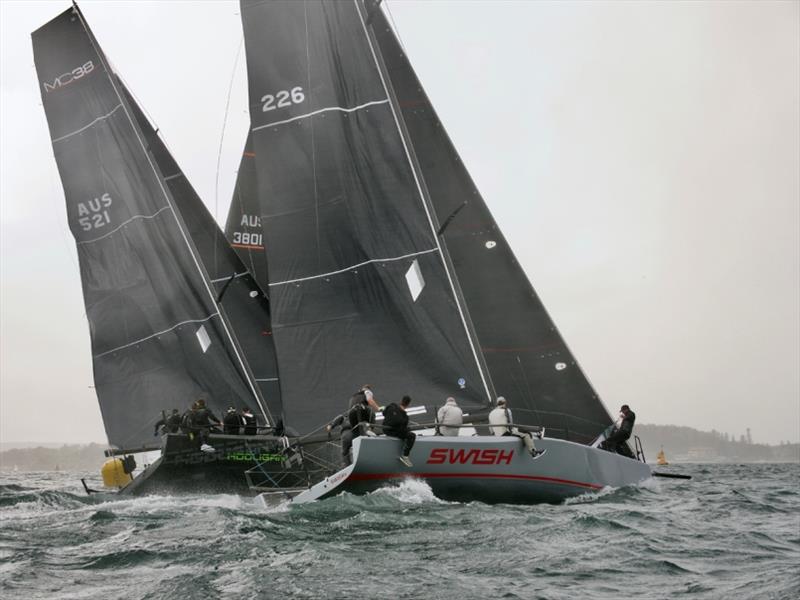 The combination of Stewart/Lane and Co. have also put time into identifying any areas that might let them down. “This regatta we went downhill better than we normally do, that was a weak part of our sailing,” Lane added.

Video by Tilly Lock includes plenty of screaming downwinders in gusty southerlies on the final day of racing.

Sarah Parker, who looks after the runners on the Pittwater MC38, said at the conclusion: “We had a mixed day, but we were also consistent at times. There are a few things we need to clean up, especially around the corners. It was really good racing, really close and lots of lead changes. My shoes are definitely wet!” she added, referring to the chop and regular showers that dampened the seven challengers on Sunday March 15.

With Saturday March 14 blown out due to a high-pressure system extending a ridge along the New South Wales coastline and creating S-SSW winds 30 knots plus on closed waters, the MC38 Australian Championship finished up an eight-race, two-day series.

Middle Harbour Yacht Club ran the pinnacle class title for the MC38 group and race officer Steve Tucker summed up the long weekend perfectly: “Friday was nice and balmy with nor’easters, Saturday was written off, and today it blew solidly from the south, 15-20 knots, showers and grey skies. The umpires were pretty busy at both the top and bottom marks,” he added. 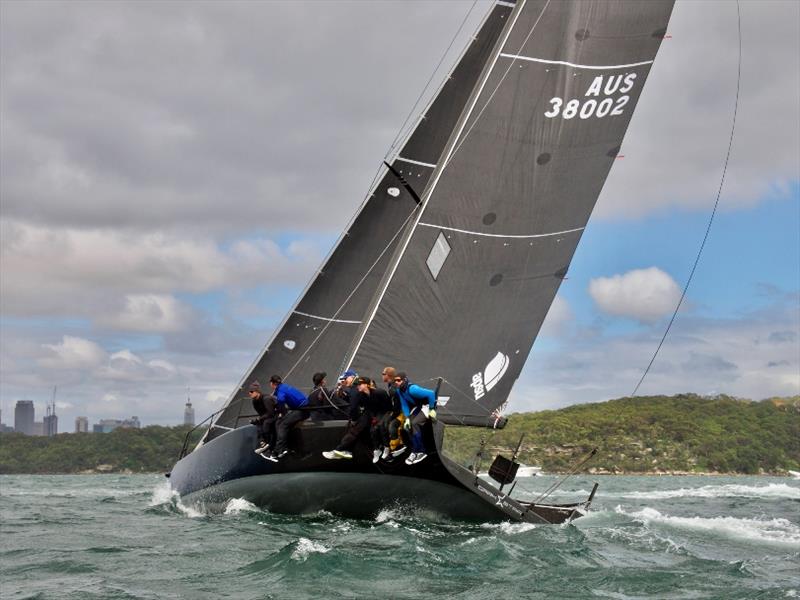 Lane is also the MC38 Australian class president and keen to tighten up the one-design fleet’s processes. Two on-water umpires and a recap of the rules, plus boat inspections prior to racing at the nationals are all part of a general class tidy up, he says. 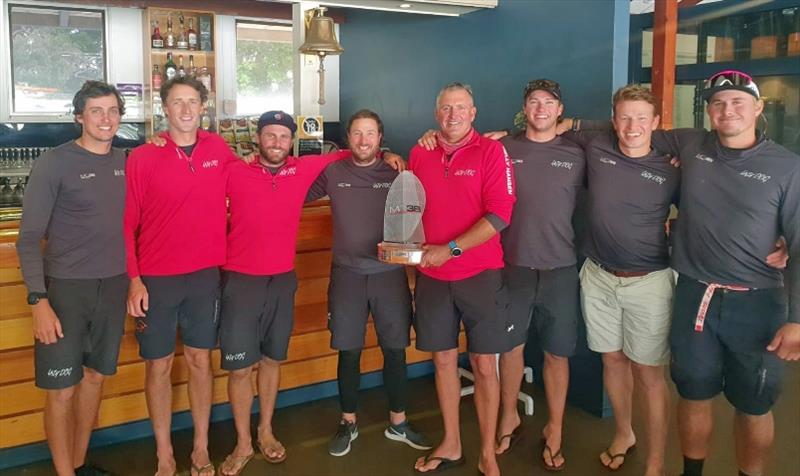 After six acts and no drops, Lazy Dog was declared the 2019 MC38 season champion.

Full results for the national title.