On an uncompromising, very much one-sided race course off Mahón, Quantum Racing proved the top scoring boat at the Menorca 52 SUPER SERIES Sailing Week to take the overall lead at the first circuit regatta of 2019 by one single point.

After missing Day 2’s scheduled races due to the lack of breeze, the third day was a gift with the bright spring sunshine and 10-15 knots of breeze. But with the race area located to the east of the entrance to Mahón’s expansive natural harbour one of the world’s biggest the topography upwind created a natural deflection in the wind, creating a one-sided course that placed a gilt-edged premium on starting perfectly and getting to the right as smartly as possible.

Regatta leaders Azzurra had made a dream start to their season. A second and a win on the first day was smartly followed by another victory in the first of today’s three races. A textbook start on the signal boat end of the line, a swift tack to the right and the team from the Yacht Club Costa Smeralda led all the way around the course, extending their lead to eight points at the top of the 11-boat fleet.

But, as is nearly always the case, when there is such pressure on one side of the course and off the line, it is close to impossible to repeat the same plan time and again. Azzurra were held up by Sled at the start of the next race and their strategy was compromised. Provezza got away to lead while Azzurra rounded fifth dropping places on each subsequent leg to finish seventh. A mainsheet winch problem just before the start of Race 5, the third contest of the day, left Azzurra flat footed and nearly last off the line. The dream, 2,1,1, was rudely awoken to a harsh 17pts reality, just as perennial rivals Quantum Racing hit their straps for a glamour 4,2,1 today.

Guillermo Parada, the Azzurra skipper-helm grimaced: “It is the third day of racing, we are almost tied on points and it is like starting all over again! But tomorrow we will be back fighting. That is our style. If we thought we were going to have a comfortable week… no way?”

Quantum Racing started well each race but lost places again in the first heat of the day, leaving Alegre and Provezza to gybe away to the left of the run and gain in better wind pressure. But thereafter the new team line up were firing on all cylinders, extending on the third race to be almost 300 metres ahead on the one sided, follow my leader course.

Provezza, Ergin Imre’s Turkish-flagged team show considerable podium potential, their 12pts for the day’s diet of three races, sees them tied on points with Azzurra, also just one point behind the regatta leaders. The new afterguard on Provezza, John Cutler steering with Kiwi compatriot Hamish Pepper, appear to have gelled with unflappable navigator Nacho Postigo and their Judel/Vrolijk design which was updated through the winter is proving quick enough. 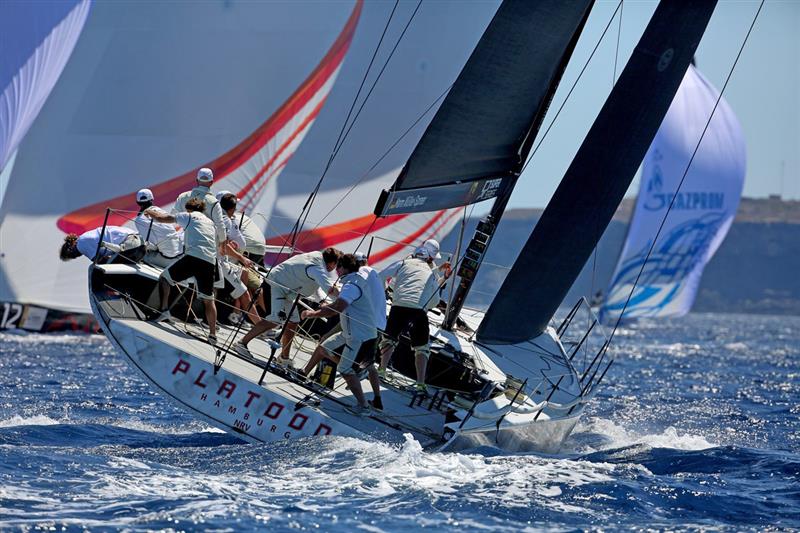 Cameron Appleton, tactician on Quantum Racing commented: “We made it hard on ourselves on the first race but after that it went well. There is a big geographical shift and the right was strong. We fought hard and we had really good strategy all day. Ed was able to execute really well and the rest was the guys just really working really hard and sailing the boat really well. The starts are a tricky part of the race especially when there is really only one place to start and Ed did a good job in races two and three.” 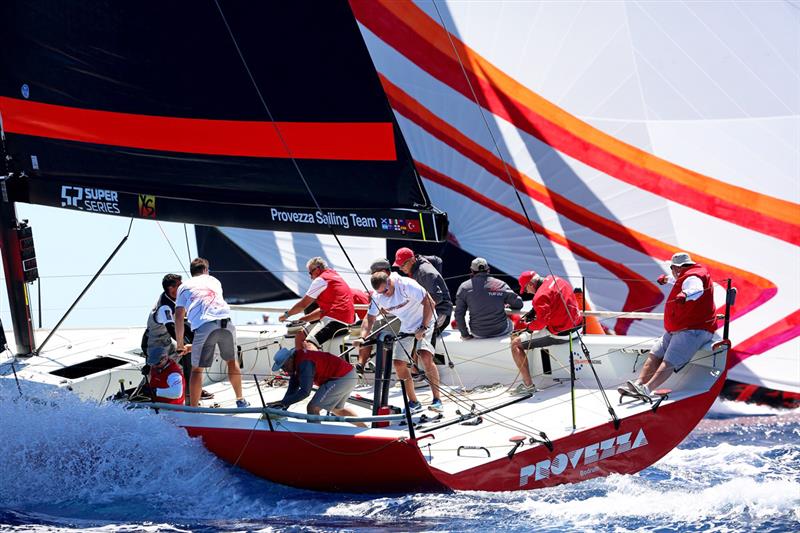 The start of the second race was similar to the first, but this time Sled closed the door and Azzurra had to follow. She alternated positions in the middle of the fleet with other teams and ended the race in seventh place. But the last race was the most difficult: just a few seconds after the start Azzurra had a technical problem with her mainsheet and dropped back. Her attempts at recovery were frustrated by the fact that the breeze had rotated closing any tactical opportunities and she didn’t have any other options than to sail in her adversary’s dirty air. Her tenth place finish was unusual for Azzurra and her team, but several other teams have also alternated excellent and disappointing results.

With two days left to go the provisional results see Azzurra in second place trailing her rival, Quantum, by just one point. Provezza is in third place, tied for points with Azzurra. Platoon is in fourth place, but just two points behind Azzurra and Provezza. Racing will begin tomorrow at 12.30 CEST

Guillermo Parada, skipper: “Clearly the first race was great, and in the second we recovered well after a difficult start. We lost a position on each run which isn’t good, but we finished seventh and still felt like we were in a good place. Unfortunately, right after the start of the third race we had a technical problem with the mainsail winch. The mainsheet lost tension suddenly and we lost a length at just the wrong time. Even worse was that we didn’t have any tactical options open to get back in the game. This is the third day of this event and tomorrow we’ll have to start over. We didn’t think that we would dominate from start to finish, but tomorrow for sure we’ll fight, that’s our style.” 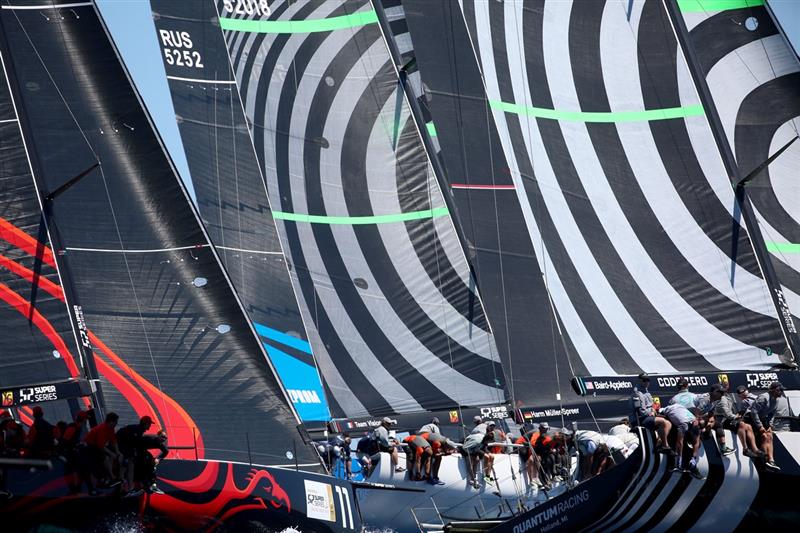