A spectacular way to kick-off the 14th edition which sees American yachting heritage take centre stage. Heading to the Principality will be some of the most beautiful boats by naval architects from the early America’s Cup races like Nathaniel Herreshoff, John G. Alden to whom we are indebted for legendary schooners like Puritan (1930), Albert Stanton Chesebrough who designed Invader (1905), and Edward Burgess. Sparkman & Stephens designs will also be at the festival, beauties like Manitou (1937) chosen by J.F. Kennedy to be his presidential yacht, Skylark (1937), Comet (1946) and Argyll (1948).

An exhibition of previously unpublished photos by L.G. Watson, the Scottish designer behind several of Sir Thomas Lipton’s Challengers, will be open to the public along Quay Louis II. For the first time it will show the story from the Atlantic side of the Defenders of the first America’s Cups and their Challengers.

An ‘American Village’ completes this re-creation of US maritime heritage with a fleet of Chris Craft wooden motorboats built for the American lakes. Note too the return to the Principality of SS Delphine (1928), a 79m motor-yacht still powered by steam and which once belonged to the Dodge family.

Launched in 1994 to celebrate 10 years of Crown Prince Albert’s presidency of the Club, Monaco Classic Week is unique as it hosts not only the world’s most beautiful sailing yachts but also famous motor-yachts, and motorboats dating back to 1904, affirming the Principality’s keen interest in technological progress in the maritime sector. From American tycoons in the thirties to Hollywood stars, these boats played host to all the ‘beautiful people’ of that golden era, an ambiance the YCM will be reviving during Monaco Classic Week. 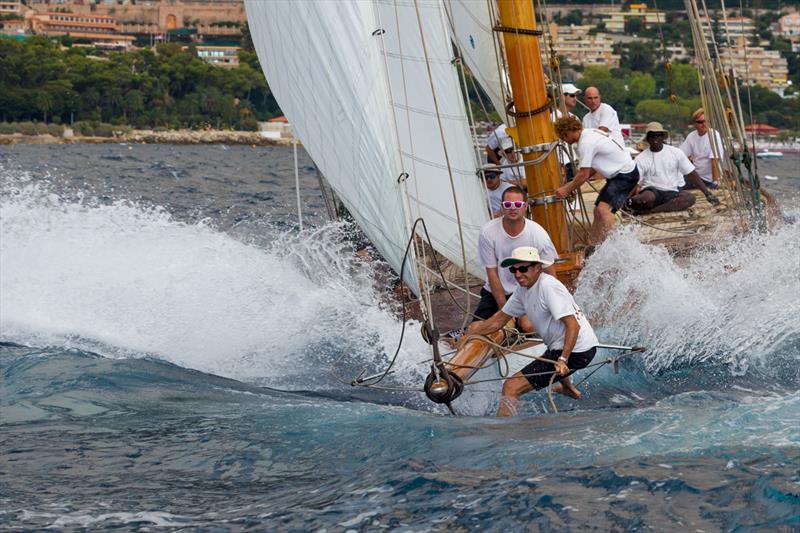 Tradition will be respected. With elegance and culinary prizes and a trophy for the best and most faithful restoration, this meeting is not like the others as it celebrates the art of living at sea which the world has been coming to Monaco to discover for over a 150 years.

Elegance without nostalgia, evocation without pastiche, this is an event that naturally respects the crews who vie to win the elegance trophy awarded by an international aristocratic jury.

Recognition also for those who rescue yachts from oblivion, many built over a century ago and found in a semi-wrecked state buried in mudflats on England’s east coast, or tucked away at the end of boatyards. Another jury, La Belle Classe, of experts and historians reward owners passionate about authenticity who through diligent research restore boats as close as can be to their original state. On the quay, where curious passers-by can watch them, gastronomy is in the spotlight as chefs from the larger yachts showcase their talents on a given theme. Subtle variations and taste are judged by chefs from the Prince’s Palace and Yacht Club, supported by a sparkling champagne sponsor.

And no yacht better embodies this spirit than the Club’s flagship Tuiga, celebrating her 110th anniversary this year, an ‘old lady’ in great shape who Éric Tabarly considered “the most beautiful yacht in the world”. That does not mean the other 15M IR cutters will be gifting her a win, racing may be a game but “only victory is sweet,” as Michel Malinovski famously declared after Mike Birch beat him into second place by 98 seconds in the first Route du Rhum!

From the largest to the smallest the public can expect a great spectacle on the water, as for the fourth time in a row a fleet of entrants from the classic wooden 12′ Dinghy class take to the water like a cloud of butterflies. In other often hard-fought races metric classes will be out there, alongside big schooners from the International Schooner Association which will be holding the second stage of its Schooner Cup Series, and cruiser/racers like the 1905 NY 30 Oriole, a one-design series designed by Nat Herreshoff for the New York Yacht Club.

Ashore and at sea, join us and take a step back in time for a magical few days! 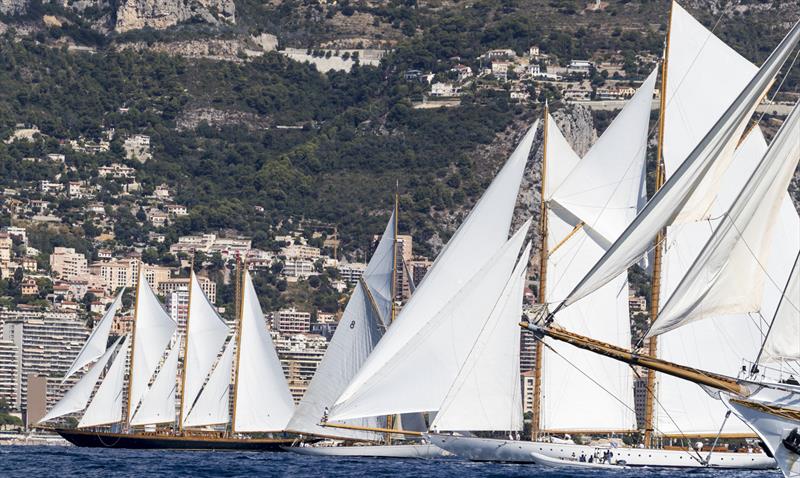