National 18 sailors converged in usual strong spirit at the Royal Findhorn Yacht Club, to compete in their annual UK and Ireland Championships from 28th July to 2nd August.

Findhorn is a hidden gem nestling amongst the sand dunes of the Findhorn river leading out to the Moray Firth. The RFYC never fail to royally entertain visiting fleets and this week was lining up to be no different.

It was an early start for day one with 6-12 knots blowing down the Firth. Three races were scheduled due to a forecast for the rest of the week indicating very little wind. Charles Dwyer on the helm of the Ultra ‘Shark 11′ from Royal Cork Yacht Club (RCYC) took the win for the first race of the day courtesy of an OCS from line winner Nick Walsh and team on ’50 Shades’. 50 Shades, also RCYC, took races two and three presenting a strong challenge to the fleet early in the week

Light winds were on the menu for the next couple of days. The breeze took some time to find itself each morning, and the sailors had to wait about an hour (average) each day for it to settle. Once filled in, a fickle 0-6 knot breeze was the maximum.

Colin Chapman and team on ‘Aquadisiac’ (RCYC) were on form, taking races four and five therefore leading the fleet at the midway point. This meant that they won the prestigous ‘Cock of the North’ trophy for the first half of the week. It was tight at the top though though with Shark 11 very much in the hunt and with local Findhorn team Stuart & Richard Urquhart and Martin Cruden racing ‘Two and a Half Men’ consistently slotting in great results meaning the top three were glued together. 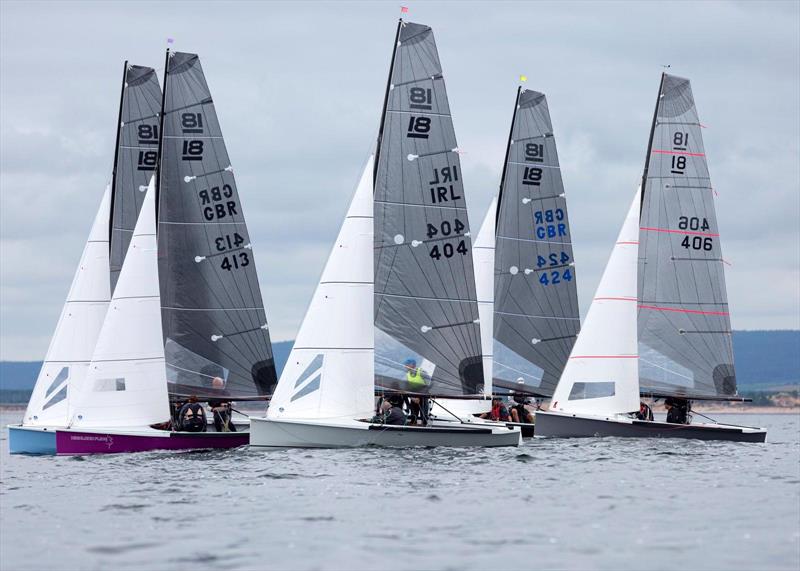 A lay-day on Wednesday marked the half way point of the week, giving the competitors an opportunity to get a lie in and enjoy Scotland for a day including more competition on the local tennis courts and bowling green. Over the week the shore side events and entertainment were top notch with some future rock stars taking to their instruments and with impromptu amatur dramatics popping up we were all roundly entertained.

Racing in the older 200kg National 18’s, known as Ultimates, was equally exciting through out the week with boats from Scotland, and the Isle of Man. The dominant force was ‘Fat Girl Racer’ (Brebner, Karren, Myles) from Wormit Boat Club who took seven bullets out of ten races. 2nd overall was RFYC’s Martin Slack and team on Wavebreaker with 3rd overall falling to Eastern Promise helmed by Helen Cowie, another RFYC entry. The numbers may have been lower in the Ultimate fleet, but the racing was tight. 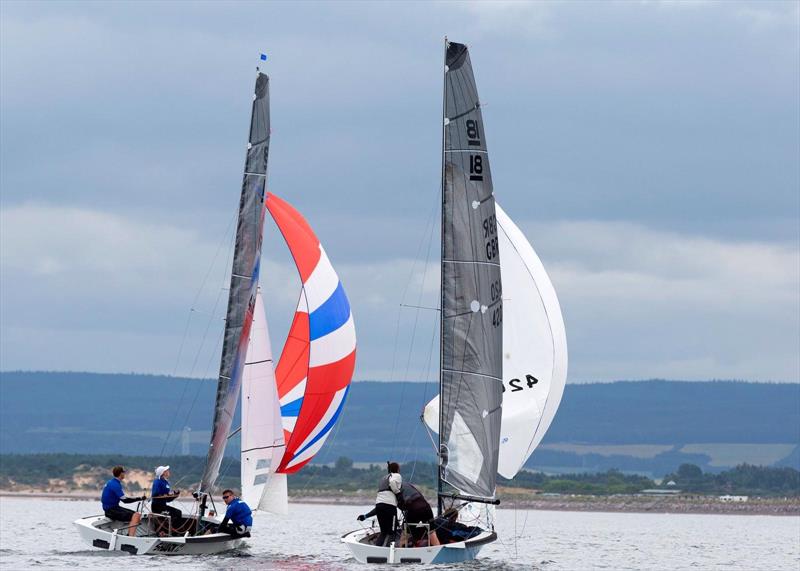 Back in the main ‘Ultra’ fleet the second half of the week was in progress but the wind was not cooperating again with light and fickle 0-6 knots. ‘Shark 11’ was back on form, with several more bullets under their belt but the points were tight with a tie break between Aquadisiacs and Two and a Half Men for 2nd and 3rd. Leading up to the last day, four teams could have won however it was Shark 11 starting to nibble ahead of ‘Aquadisiacs’ and ‘Two and a Half Men’.

The final day of the championships rolled around. Four teams had a chance at the title, indeed if it hadn’t been for two OCS’s ’50 Shades’ would also have been pushing hard for the championship. More light and fickle winds made the racing tricky, but ‘Shark 11’ was most consistent securing two bullets. Two and a Half Men staged a great come back in the last run of the last race to edge ahead of Aquadisiacs and secure 2nd overall. 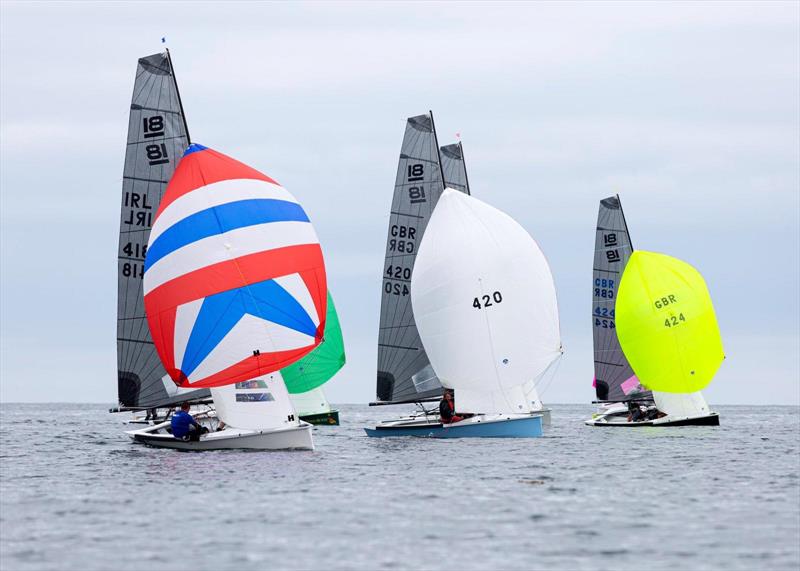 The winners of the UK & Ireland championships and the 2nd half of the week Medway bowl trophy with an eventual 10 point lead were Charles Dwyer, John Coakley and Harry Pritchard, sailing ‘Shark 11’. Congratulations to this team on their first ever championship win. 2nd overall was local team ‘Two and a Half Men’ with ‘Aquadisiacs’ rounding off the podium. Reigning Champions the Crosbie family on ‘Second Wave’ took fourth from ’50 Shades’ in 5th. The top English boat ‘Ace’ from Chew Valley Sailing Club came 6th (Houseman, Vines, Watton) steadily improving in the 2nd half of the week with great boat speed securing them several podium race results.

Thanks again to the RFYC, organising committee and the PRO team for a great week.

Next year’s championships will be hosted by the Royal Cork Yacht Club in Crosshaven as part of Cork 300 celebrating the 300th anniversary of the RCYC and the magnificent natural harbour of Cork. 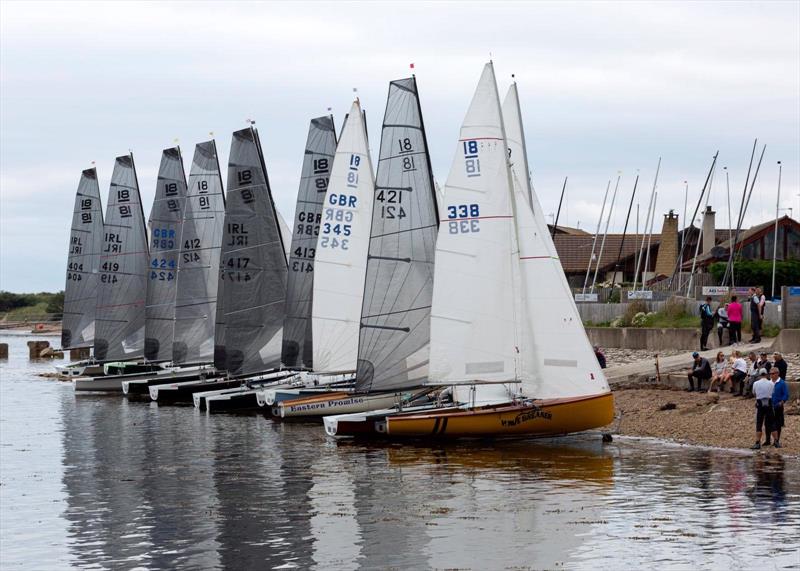