The Folkboat Gold Cup is in essence the unofficial world championship for the class and dates back to the late 50’s.

Most of the 53 teams competing got in early for the event and spent the first couple of days training and familiarising themselves with the racing area, in bright blue skies and stable 10 knot breezes. However, this weather was short lived for the remainder of the week. The fleet had multiple National and World Champions, from not only the Folkboat, but Knarr and Dragon classes.

Day one got off with a singular race at 12:00, in a stable 11 knots of breeze, from the south. This breeze was due to clock right with more west in it, and duly obliged as the fleet neared the latter part of the race. In traditional Gold Cup fashion, the course was a windward, leeward set up with the first beat being one and a half miles long.

The first race saw the top three places going to previous Gold Cup winners, Soren Kaestel DEN 873, Walter Furthmann GER 466, and Per Jorgensen DEN 703, in that order. The finish itself was close for the 7 boats finishing with only minutes separating them, then there was a gap as the solid 11 knot breeze began to die before the south westerly fully established itself.

Day two and the sun poked its head out for the morning, a solid southerly and overall a great outlook. With a 11:00am start time the fleet were leaving the dock at 08:30 to ensure maximum time on the water and the racecourse.

The first beat following a slight pin bias, meant the left hand side of the course paid, the Swedish team of Anders Cederblad SWE 1328, current Swedish National Champions sailed a faultless race to take the gun from the ever consistent Walter Furthmann GER 466 second and the British boat, Simon Osgood GBR 673 in third. Having had a solid breeze for the second day, the weather gods decided it was enough for the day as the breeze collapsed in the afternoon to below 3 knots, therefore calling an end to day two, and allowing Anders Cederblad (SWE 1328) to go in leading the regatta overall after two days. 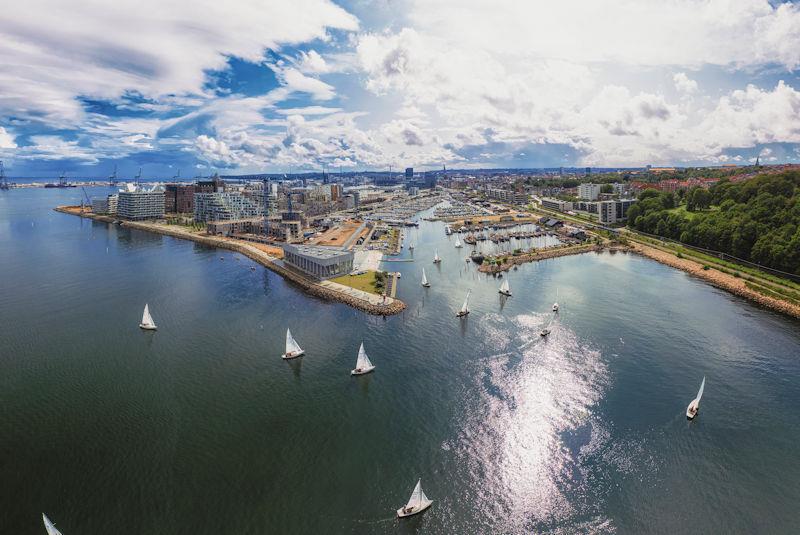 Day three brought sunshine and clear skies, and a fleet now needing to catch up a lost race. Two races were scheduled for the day with an option of a third, time permitting. The fleet got away but unfortunately for the second British competitor Ed Donald GBR 707, they were OCS, this was a massive blow as they had sailed a great race and crossed the line second to the other British boat of Simon Osgood GBR 673. Behind GBR 673, was Soren Kaestal DEN 873, and Per Jorgensen DEN 703 who was building a useful and consistent score line overall.

The second race of the day, and rain had set in with a building wind. The fleet got away cleanly and Per Jorgensen DEN 703 led from virtually start to finish with the German boat of Ulf Kipcke GER 739 in second, and by his high standards had, had a slow start to the regatta. The final podium spot was taken by another fellow German competitor, Horst Schultze GER 1135, who was to build on this result in the next race.

So, the final day arrived, and what a day for weather. A murky dark day greeted the fleet with light and variable winds and rain. In the distance massive black clouds rolled in prior to the first start, with these clouds came 40-45 knot gusts. Competitors either downed all sails or made for a nearby harbour as the squalls were that bad. The first massive squall didn’t see any damages to the fleet just a lost halyard on Ulf Kipcke GER 739 who unfortunately could not recover in time for the start of the race.

High winds and rain were the flavour of the race, and Horst Schultze GER 1135 revelled in the conditions pulling out a big lead, and not challenged to the finish. Second was the ever consistent Per Jorgensen DEN 703, and third was Soren Kaestel DEN 873.

The fleet waited again for yet another squall to pass through, before the start of race 6. As the teams lined up for the start, an even bigger band of weather suddenly hit as the gun went, this was the biggest by far with recorded winds of 48 knots and this time damage to 3 boats. The race committee decided to act on this, and effectively ended the race and regatta. Not ideal but safety first was foremost in their minds. 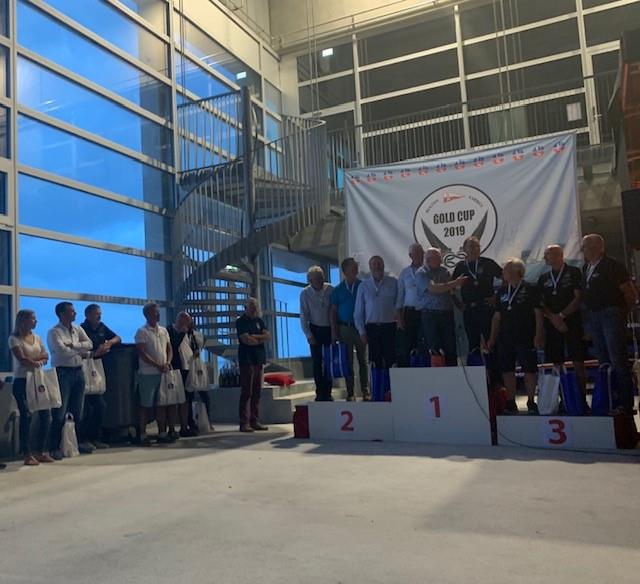 The evening consisted of the prizegiving and competitor thanks to Aarhus Sailing Club, the National Sailing Centre, volunteers and race lead organiser Mette Rostgaard Evald. The prizegiving was supported by addresses by each country reiterating a successful regatta and looking forward to the 2020 Gold Cup, hosted by Eckernforde Sailing Club, in Germany.

The worthy winner was Per Jorgensen DEN 703 who was pushed all the way by Soren Kaestel DEN 873, making it a Danish one, two, with the German boat helmed by Walter Furthmann GER 466 in third. It was great to see the Swedish team (Anders Cederblad) and British teams (Simon Osgood) making the top 5. 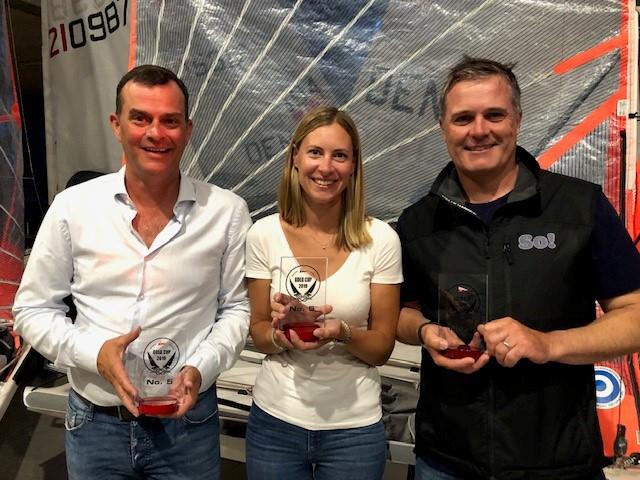