The world’s most southerly superyacht regatta has signed the Dutch yard as a sponsor, alongside existing platinum sponsor Orams Marine, as it builds towards a February start.

The New Zealand Millennium Cup is proud to announce Royal Huisman has joined the regatta as co-platinum sponsor.

The Dutch builder and yard will join New Zealand’s Orams Marine as co-platinum sponsor for the 2020 and 2021 regattas which will be raced in one of the world’s great natural playgrounds; the Bay of Islands.

“Royal Huisman is proud to announce its sponsorship of the New Zealand Millennium Cup. The team is looking forward to meeting new friends and to reinforcing existing ties during this sailing event in the impressive New Zealand cruising grounds,” says Jurjen van ‘t Verlaat, marketing and communications manager of Royal Huisman.

“Due to recent and current projects there is a good deal to update you on. We are always delighted to discuss new build or refit projects that call upon all the skills, ingenuity and experience we can offer at our two main shipyards in the Netherlands – Vollenhove and Amsterdam – and also at various flexible locations. We are looking forward to meeting you and of course, to hearing all of the New Zealand industry’s own news,” continues van ‘t Verlaat.

The 2020 regatta will be raced from 29 January to 1 February and is rapidly building towards a bumper edition with New Zealand’s summer yachting season already showing signs of being busy, as America’s Cup fever hits.

“We always advise refit clients to book well in advance as the yard is invariably full through the New Zealand season of August to May,” says Orams Marine’s Craig Park.”

“At the moment, that’s even more important than ever. It’s great to see so many yachts taking the time to cruise through the Pacific and make their way to New Zealand and we’re looking forward to introducing more of our international colleagues, peers and friends to the beautiful Bay of Islands when racing begins in February.”

Royal Huisman build Sassafras will return to the race, as will fellow past competitors Silvertip, Tawera, and Janice of Wyoming, and new entrant Kawil will take to the water. Entries have also rolled in for 2021 with Cilliam and Black Sails already entering, along with Janice of Wyoming, Sassafras and Silvertip. 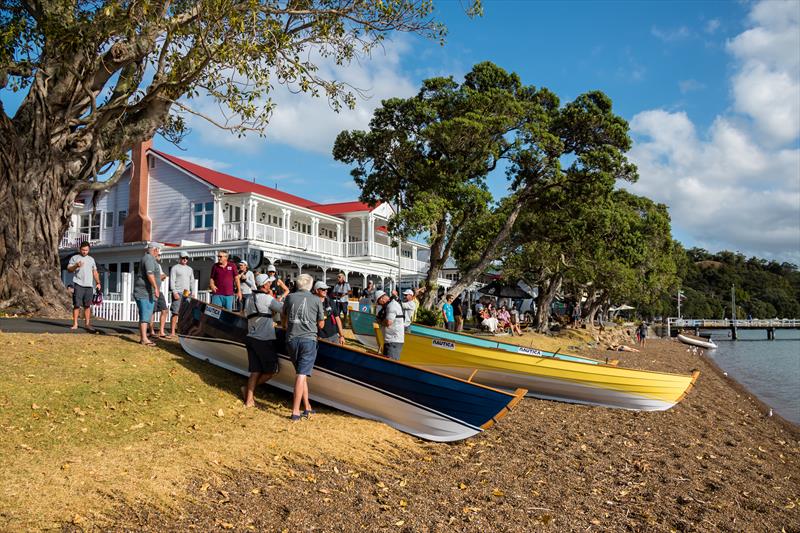 Additional sponsors have returned to the regatta including Doyle Sails, Smuggler Marine and Bay of Islands Marina as gold sponsors, COAST, Breed Media, North Sails and Southern Spars and Electronic Navigation Limited (ENL) as silver sponsors, and Holton Marine, Power Equipment and Attest Ltd as friends of the industry sponsors.

At the prize giving of the 2019 edition in February the owner of entrant, Freya described the regatta.

“It’s fantastic to come to this beautiful place, in this beautiful country, in the beautiful Bay of Islands. I’d like to say thank you for the hospitality and the wonderful, wonderful time.”

The regatta will take place amongst the 144 islets of the Bay of Islands in New Zealand’s Northland; a sub-tropical playground that has been a home to sailors since the earliest Maori voyagers arrived in New Zealand.

Its headquarters will be in the historic Duke of Marlborough Hotel which received New Zealand’s first liquor license in 1840.

“There’s no better place in the world to sail,” said Marcus Blackmore in 2018, owner of the year’s champion Ammonite.