Despite a strong entry list from the United States and abroad, and the exhaustive efforts of the New York Yacht Club along with the governing bodies for the ORC and IRC rating rules, the decision has been made to cancel the 2020 ORC/IRC World Championship, originally scheduled for Sept. 25 to Oct. 3 at the New York Yacht Club Harbour Court in Newport, R.I.

“The impact of the coronavirus has been felt throughout the sporting world,” said Christopher J. Culver, Vice Commodore of the New York Yacht Club. “Given the challenges involved with shipping boats and teams to the United States from Europe and elsewhere and the lead time required for foreign teams to make a competitive run at this prestigious world title, we don’t feel that a representative world championship is possible.”

The 2020 ORC/IRC World Championship was to bring top sailing teams from around the globe to battle on Rhode Island Sound and Narragansett Bay for one of three coveted world titles. The regatta would’ve been scored using a combination of the two most popular rating rules in the sport, ORC and IRC, and racing would’ve been a mix of around-the-buoys racing and longer, offshore courses.

The 2020 World Championships would’ve been the first time this regatta was held in the United States in two decades, and early interest exceeded expectations, with 50 boats from eight countries registering for the regatta before the COVID-19 pandemic put the sailing season in doubt.

“We are thankful to the organizers at the New York Yacht Club for all their efforts to attract a strong fleet in what would have been a memorable event,” said Bruno Finzi, Chairman of ORC. “This enthusiasm for high-level handicap racing we hope will continue in the US, and we look forward to being supportive in any way we can in the post-pandemic times ahead.” 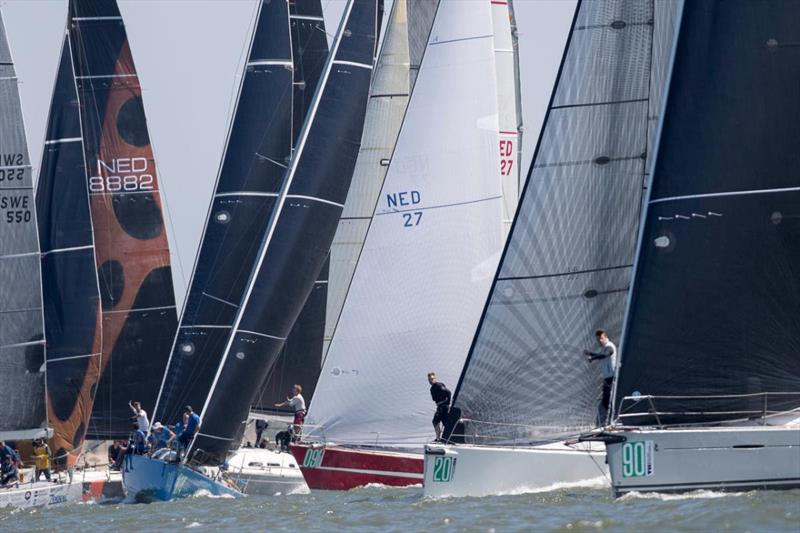 “We are saddened to announce the cancellation of the ORC/IRC World Championship, long planned to be held in late-September 2020 at the Newport base of the New York Yacht Club,” said Michael Boyd, IRC Congress Chairman. “A large number of owners and crews will be very disappointed by our news, but will understand the many challenges posed by Covid-19 to the resumption of our sport, especially at the international level. We have also been conscious of the necessity to make a decision well in advance of the event.

“For some time, we have worked with a dedicated New York Yacht Club team and our ORC counterparts to ensure a memorable regatta and we thank them for their professionalism and friendship. We were particularly enthusiastic about holding our joint Worlds in North America and in such a special location. We all look forward to the return of IRC yachts to race courses in North America and to getting together in Newport in more favorable times.”

While the ORC/IRC World Championship was to be the penultimate event on the New York Yacht Club’s 2020 sailing calendar, the Club remains hopeful it will be able to hold a handful of events during the second half of the summer and into the early fall. For the most up-to-date schedule and current regatta information, please visit the Club’s website: www.nyyc.org.

More on ORC rating systems, ORC certificates and events can be found at www.orc.org.