Plans are set, six crews registered. After the presentation on February 20th, 2020 in Milan, the Persico 69F Cup is ready to go.

The first edition of the event will see four Grand Prix events taking place in the second half of 2020 and the Persico 69F Cup will be one of the first international sailing events post lockdown: the owner-drivers are ready to start again, and their foils are good to go.

“We are ready – explained Dede De Luca, Chief Sailing Officer of the Team 69F – our base in Malcesine is operational, our owners and their crews have begun training. In recent weeks we have seen a great increase in international interest: the owner-drivers want to get back in the water with their crews, and Persico 69F is definitely the first choice. The interest is due to the exceptional performance of the boat, combined with the simplicity of logistics management thanks to the “ready to foil” formula, which sees a shore team on the ground manage all organizational aspects. We have prepared a circuit that will excite and entertain the crews, really putting them to the test”.

The season opener for the Persico 69F Cup regatta is set for July 14th with the Grand Prix 1. The program for each of the four Grand Prix scheduled consists of three weeks of activity: starting with one week of Academy – courses and training aboard the Persico 69F, with exceptional instructors and an educational project created by Santiago Lange – followed by two “Events” each one week long, in which 12 teams can participate, six per week.

The first Events of each Grand Prix will take place on the following dates: July 14 – 19 (event 1.1 in Gargnano), September 14 – 19 (event 2.1 in Malcesine during the Foiling Week), September 29 – October 4 (event 3.1 in Trieste) and November 10 – 15 (event 4.1 – race field to be determined), the events will be preceded by a week of Academy and followed by the Event.2. Each Event has six main crews: from Tuesday to Thursday of each “CUP week”, the six teams will have boats available to train with, with the assistance of coaches and shore teams, while from Friday to Sunday the teams will race. All the logistics are coordinated by the Team 69F, and the crews find the boats in the quay “ready to sail”.

The formula is unique, designed to best highlight the qualities of Persico 69F: the program calls for both fleet and slalom races, speed-tests and long distance tests, elements of the challenge that will allow crews to race at new levels, experiment with new tactics and chase maximum speed goals. The digitalization and instruments used will bring to life all the technical aspects, the emotion, and the performance levels. The competition will be judged at sea by internationally renowned umpires and even the judging process will be revolutionary: it won’t be enough to get to the finish line first, because in addition to the points earned on the course, the ranking of the Persico 69F Cup will also be calculated by other performance metrics, such as top speed of the race, fastest leg of the race, the best strategies, while the penalties will subtract valuable points with a very restrictive interpretation of the rules of racing, rewarding instead the “Fair Teams”, those who have the lowest amount of penalty points during the entire Event.

The calendar foresees a halt to the Grand Prix in August, but the Persico 69F will remain active: with a logistics base in Gargnano, the entire month will be dedicated to the Revolution CUP, an event with a total of 40 crews, of which 20 are “Under 25”, who will race in brackets, displaying the colors of their team and sailing club. For this event also, which will be presented soon, registrations are open. 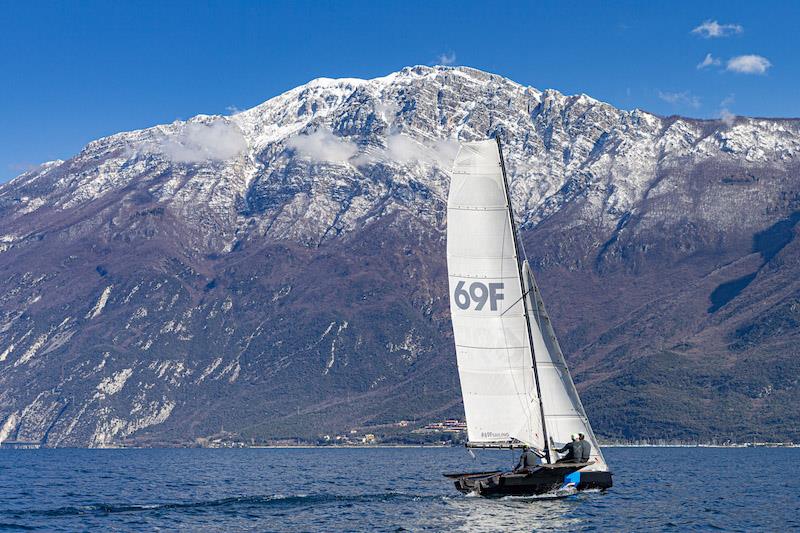