The last strip of Veneto coast on Lake Garda, north of Malcesine, was the venue on the second day of ITAS Assicurazioni Grand Prix 2.1 Persico 69F Cup.

We really talk about theatre because of the location, really close to the coast, and of a second day characterised by many penalties, capsizing, manoeuvres on the edge and wild overtaking.

The passionate sailor summarizes everything with “big fun”, while the judges point out the “respect the bubble” rule, which means the distance given by the 69F special regulation. between the boats. was broken and many points were lost on the board. 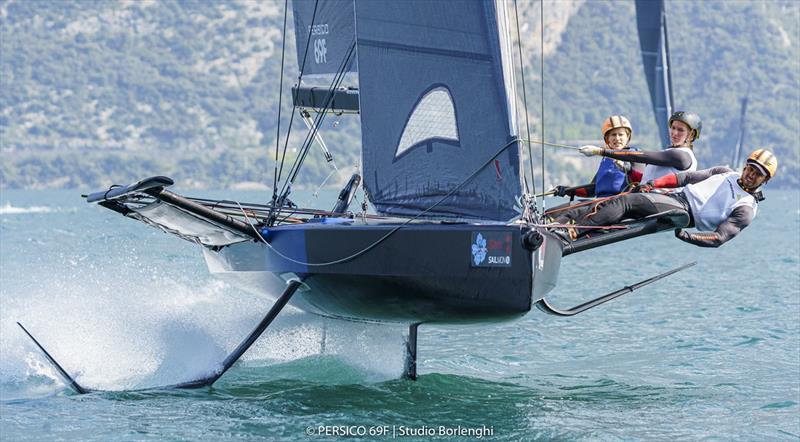 All of this means that after six races held today, plus the four of the first day, at the lead there’s Nicola Celon on Fantastica 2; he continues to say that he’s here “just to have fun”. The young Dutch corsairs miss first place by two points, and regret a manoeuvre as beautiful as it was illegal (they got between two boats at high speed and very near a buoy, breaking the “bubble buoy” rule, but showed also how much their skills have matured, with helmsmen that look for the advantages on the verge of the regulations).

One other of the elements to underline today, the debut of the owner Lanfranco Cirillo; a baptism of foiling with six races that give him honour. 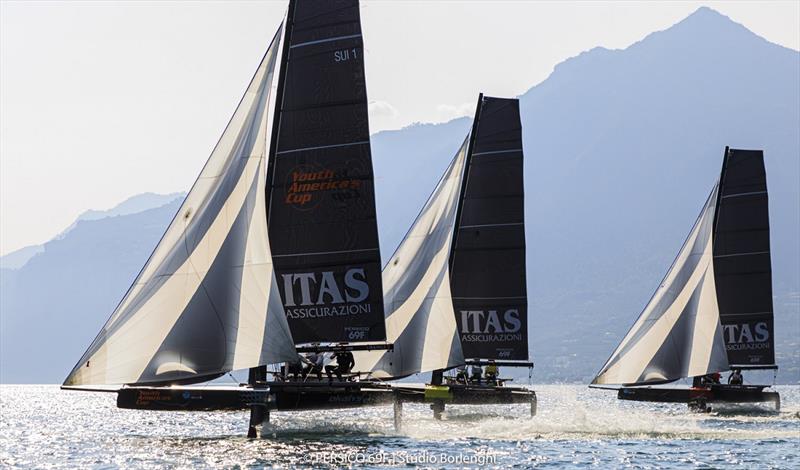