Patriot goes up at speed.
Patriot comes down with force.
Patriot almost sinks.
In a true illustration of the sailing community, all teams, organisers and emergency personnel pitch in to the rescue effort.
Patriot is rescued.
Patriot should be back and racing by the end of the Prada Cup.
That is the past 48 hours in a nutshell.

The sailing world is exhausted, and that’s nothing on what those in New Zealand have experienced. But the amazing takeaways are:

Terry Hutchinson represented his team today. He looked as tired and was as emotional as one would expect, with the dignity and grace that all respect in the NYYC American Magic figurehead. While he said they wouldn’t be on the water this weekend, as he might have “team mutiny” on his hands, he did say that they would be back, and they would be racing, in time for the Prada Cup Semis. On any comments of blame, or his team, he strongly commented “we win as a team, and we lose as a team”.

He couldn’t thank the other teams, organisers and local rescue authorities enough for their help, and Grant Dalton has offered “whatever they need” to help them get back on the water. 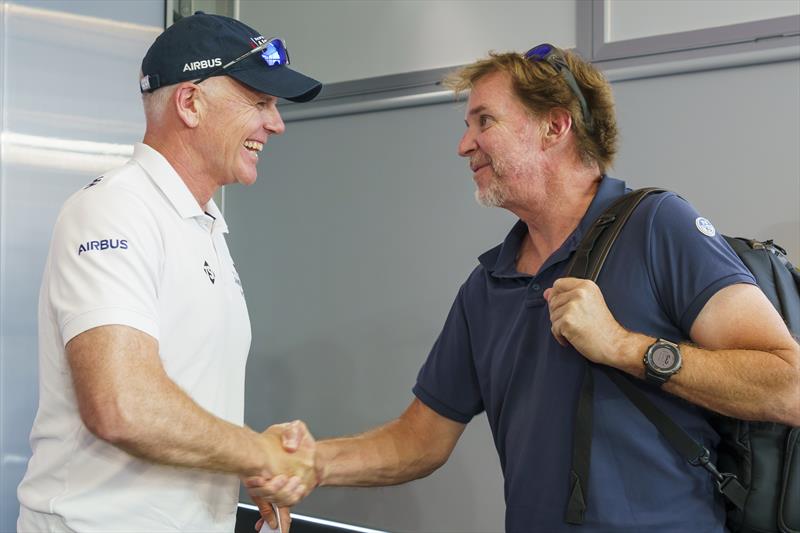 A few of my followers have suggested that they ask for the Kiwi’s boat, but Terry and the team seem pretty focussed on getting Patriot back out there as soon as possible.

“I know that the guys in the shed and our entire team really is committed to racing. We didn’t come all this way and do everything that we had to, to not be racing” Hutchinson said post press conference.

“Now we have another chance to prove our resolve collectively as a group and it’s a great measure for our team. I drink out of our punch boat pretty heavily, so I am a little bit biased but I have the utmost confidence in us to do what we have to do because we have done it for the last three year. So it’s business as usual”. 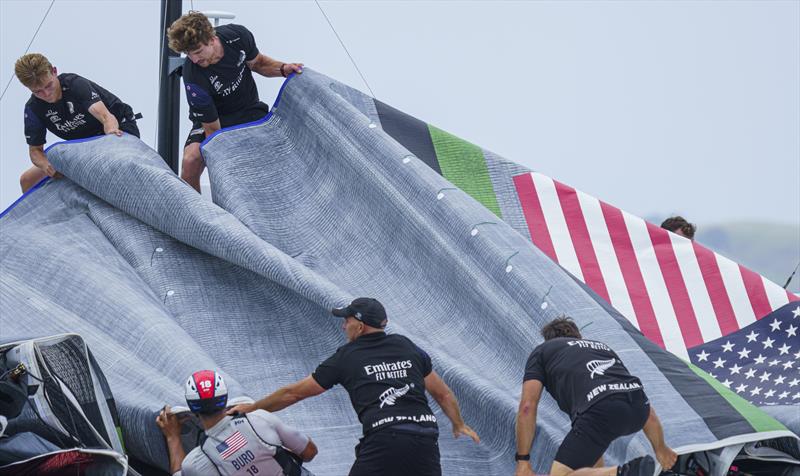 Personally, I am so proud to be a sailor on a normal day, but after the past 48 hours I have seen once again that we really are a family, and this is why we love the sport, and why I do what I do.

For more adventures, to catch up on past shows, or to suggest a sailing “die hard” that you would like to see interviewed, head to www.sailorgirlhq.com, or @sailorgirlhq on Facebook, Instagram, Spotify, iTunes, or Twitter.