For one team, San Diego Yacht Club’s 2020 Puerto Vallarta Race will be the first step towards a journey around the world.

Viva Mexico, a VOR 65 skippered by Erik Brockmann, will be making their racing debut during the 2020 Puerto Vallarta Race as part of their campaign to compete in The Ocean Race 2021.

Brockmann’s goal is to bring Mexico back into The Ocean Race almost 50 years after Mexico’s Sayula II competed and won the first Whitbread Round the World Race in 1973-74. Among the crew we will see Co-Owners Ricardo Brockmann, Loernzo Berho and Yon Belausteguigoitia who have been competing in the PV Race during the past decade in the Vincitore and Peligroso Racing programs. Also involved in supporting the Viva Mexico project is San Diego Yacht Club’s Malin Burnham.

The boat now named Viva Mexico, was previously Abu Dhabi Ocean Racing/Scallywag, and was the overall winner in the 2014-2015 Volvo Ocean Race. The boat was refitted and renamed Team Sun Hung Kai/Scallywag for the 2017-2018 Volvo Ocean Race.

The 1973-74 Whitbread Round the World Race, the first edition of the Whitbread Round the World Race, started off from Portsmouth, England on 8 September 1973. Seventeen yachts of various sizes and rigs took part. The crew of the Mexican yacht Sayula II, a brand new at the time Swan 65 owned and skippered by Mexican Captain Ramón Carlin, won the overall race in 133 days and 13 hours. In 2016, this adventure was presented in a documentary film called The Weekend Sailor. 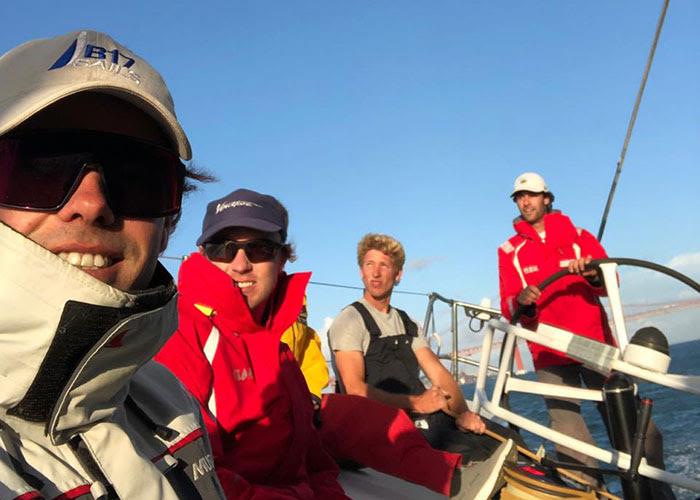 How does the Sayula II story from the ’70s impact your mission to continue the tradition of international, competitive offshore racing from Mexico?

It is a big influence; the next edition will mark the 50-year anniversary and is in big part why we believe is the right time for Mexico to be back in the race for the 2nd time in its history. After the PV Race we will have an event in Puerto Vallarta where Sayula II will sail along our new boat for some footage of the two Mexican boats which have two main similarities, both 65 ft and both built for The Ocean Race, but the rest is completely different and will be great for people to see them both sailing as well as at the docks next to each other.

What does it take to put together an entry for The Ocean Race?

It has been 6 months of work and planification prior to actually buying the boat, which is the first step. Having the boat 2 years before the start is a huge benefit as we are able to bring her to our country for a big commercial campaign to engage sponsors which in the end will be the result of making it to the start line of The Ocean Race in October 2021. The boat will remain in One Design configuration for the next edition of The Ocean Race.

What other events will you sail in preparation for The Ocean Race?

We will do the Transatlantic Crossing which will be our first big offshore leg but will not be racing. The PV Race will be our first offshore race and then we also intend to do the Tahiti Race in 2020. The rest will be more focused on the commercial side and once we secure the sponsorship, we will switch to full training mode.

What is the Brockmann family history with the Puerto Vallarta Race?

My grandfather did a couple of the San Diego to Acapulco races more than 50 years ago so that is when it all started. Then for many years we only did Mexorc and saw the boats coming down to race in PV. In 2010 I did my first PV Race and have not missed one since then, two onboard Peligroso and the last 3 races with my father and brother on Vincitore. Probably my favorite offshore race as there are usually great downwind conditions combined with many tactical decisions. I’ve been lucky to win Division 1 four of the five PV Race. Doing the PV Race and Mexorc back to back has become for my family our favorite two weeks of sailing as you really get some of the best sailing offshore and inshore! Since my father bought Vincitore (Reichel Pugh 52) winning these two regattas back to back on the same year had been our biggest goal. We were very close in 2014 and 2016 getting 1-2 and 3-1 respectively and finally in 2018 we won both!!

Now we look forward to coming back on an even faster boat for what will surely be a challenging race, and already looking like we’ll have big competition!

How did your experience with the Extreme Sailing Series influence your path towards The Ocean Race?

It made us realize that we can put our country into these kinds of competitions. The Ocean Race is a big step up from that, but definitely part of the continuity of that project that began two years ago.

In addition to your teammates from the Brockmann, Berho and Belausteguigoitia families, will you sail the PV Race with any crew that have experience on this boat from previous ownership?

Not exactly from previous ownership but for sure a couple of guys with very successful Ocean Race experience in this class. This boat won two editions ago as Abu Dhabi and we hope to have some of them onboard.

How do you expect to fare against Volvo 70 Pyewacket?

It will be interesting and fun to have both boats together for the first time. We all know the 70s were built more to the limit and they should be faster than us. We have had great races against them in the past with our 52 and their sled. They are a great team who we know well and look up to, so I am sure it will be fun to race each other again in newer and faster boats. The Volvo 70 has proven to do very well under handicap racing so hopefully the 65 will be as competitive. 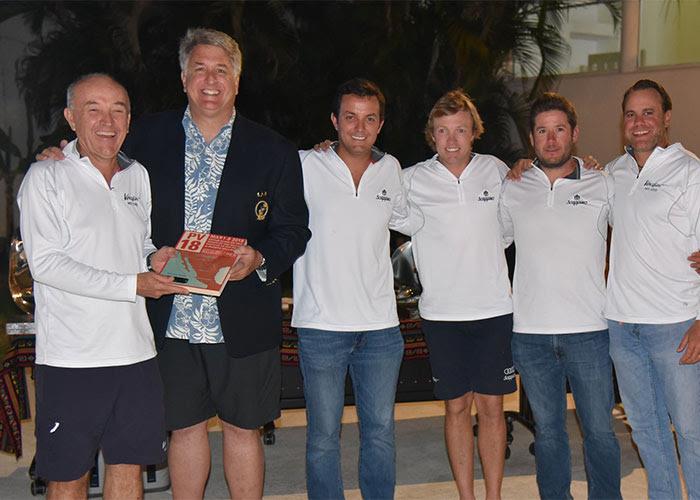