The Rolex Fastnet Race is one of sailing’s ultimate challenges: a racecourse that has achieved mythic status, a turning mark that is a true icon in sport and a near 100-years of history and tradition.

By winning the 2019 race, co-owners David and Peter Askew with the crew of the American yacht, Wizard, have become part of the enduring legend. Thorough preparation and impeccable sailing were combined with determination and resilience, their pursuit of excellence unquestionable.

First held in 1925, and organized by the Royal Ocean Racing Cub ever since, the 605nm race has been supported by Rolex since 2001. Offshore racing has been at the heart of Swiss Watchmaker’s six-decade-long partnership with sailing since the 1960s when pioneering sailors relied upon Rolex watches on their voyages around the globe.

This year, the 48th edition attracted a record fleet of 388 yachts, of which 333 were competing for the overall win on handicap. Winning this race is a remarkable achievement, even for a team on a roll; Wizard has already achieved handicap victories in the 2019 Transatlantic Race and the RORC Caribbean 600. The boat has true pedigree: winning the 2011-12 Volvo Ocean Race as Groupama 4 and, subsequently, the 2016 Rolex Sydney Hobart Yacht Race as Giacomo. 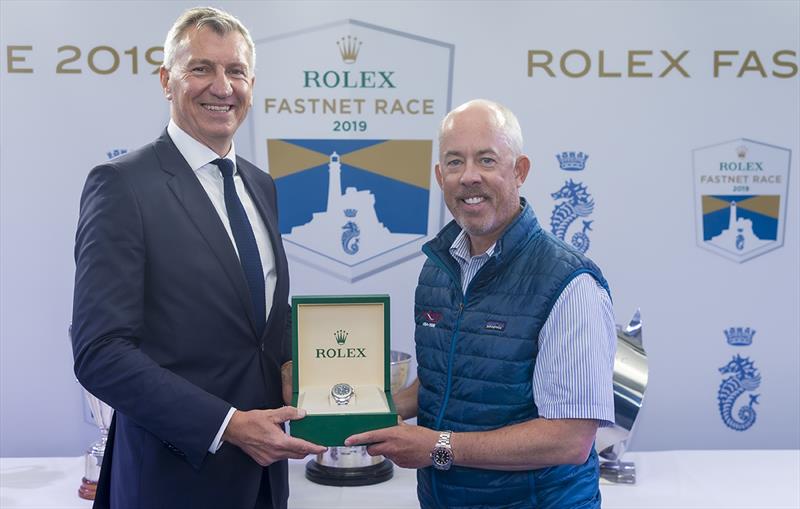 David Askew had previously taken part in the Rolex Fastnet Race in 1985. Winning was a surprise, given the complexity of the course and the size of fleet, but not a complete surprise given the preparation and the expertise of Wizard’s crew: “It’s one of the premier ocean racing events in the world and has a magnificent history. I think it is one of the most difficult, if not the most difficult, to win. It has so many features to be mastered. You have to master all of them properly to get a good result. Our win is credit to our organisation and experience.”

Eight years ago, Franck Cammas was the skipper of Groupama 4. He is now co-skipper of the technologically-advanced foiling trimaran, Maxi Edmond de Rothschild, along with Charles Caudrelier, another proven ocean race winner. Cammas and Caudrelier are a formidable partnership, demonstrating the talent and tenacity that sets apart top sailors. Maxi Edmond de Rothschild secured a famous double, overhauling her closest rival on the finish line and proving emphatically the maxim ‘to never give up’. Winning by a mere 58 seconds, the French multihull also set a new race record of one day, four hours, two minutes and 16 seconds. “The Rolex Fastnet is a legend. It is one of my favourite races,” remarked Caudrelier. “There are not so many like this. The south coast of England is very tricky. Crossing the Celtic Sea is special and when you pass the rock, it is like passing Cape Horn, it is something else.”

Also eight years ago, during the 2011 race, George David endured the terrifying ordeal of his then yacht Rambler 100 losing its keel and capsizing shortly after rounding the rock. Following his rescue, David went on to build a new yacht, the 27m (88ft) current Rambler. Over recent years, he and his highly-tuned crew have secured a series of monohull line honours victories at classic races around the world, including four in a row at the Rolex Middle Sea Race. Securing a second consecutive first to finish win at the Rolex Fastnet Race, David came within one hour, 16 minutes of setting a new monohull race record. 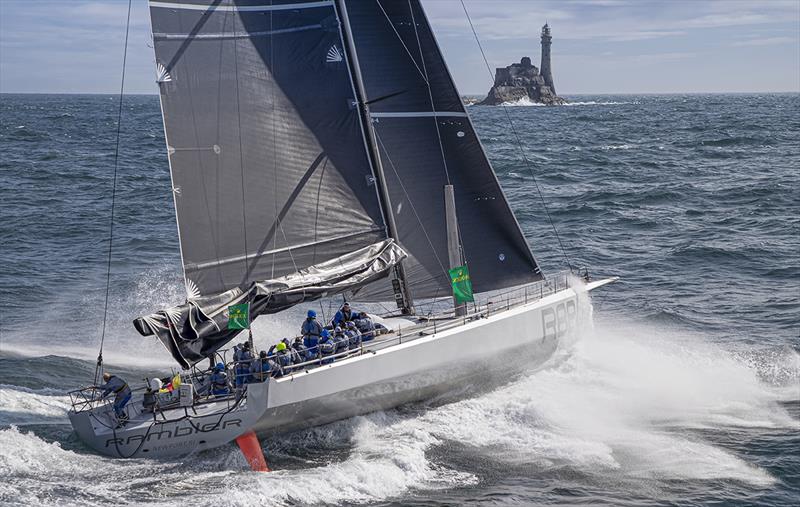 On his success, David commented: “It is a big deal and we’re delighted to have this outcome. It was a contest and we were in heavy competition right from the start.”

Conditions this year properly tested the international fleet. Professional and Corinthian crews alike experienced a broad range of weather and sea states; all had to overcome the notorious tidal and tactical challenges presented by the famous course. The 48th edition enters the history books having further polished an already gilded legend.