The weather forecast for the second day of inshore racing at Rolex Giraglia indicated that there would be easterly winds into the high teens backing off slowly in the afternoon.

Unfortunately in this Cote d’Azur land of extremes this only partly came true. 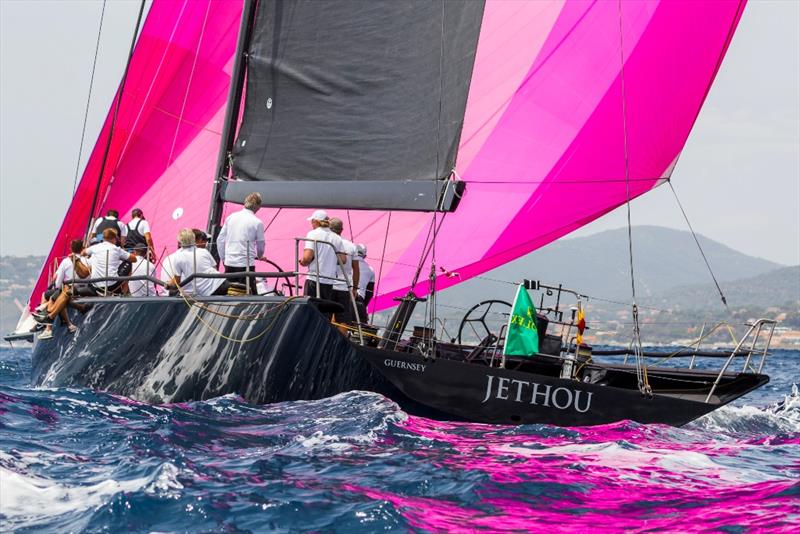 The maxis competing in the IRC 0 Racer and Cruiser classes set out once again to the start area off the Plage de Pampelonne but with slight trepidation today. With the wind still in the east, an ugly short sharp chop had developed and this was accompanied by thunder and lightning from storm cell just inshore.

When the maxi racers set sail at 1150 local time, followed soon after by the larger cruiser class, the wind was into the early to mid-20s. Seeing the racers George David’s powerful Rambler 88, the Maxi 72s and Hungarian Marton Jozsa’s DSS-equipped Wild Joe blasting their way through this was maxi racing at its most spectacular. 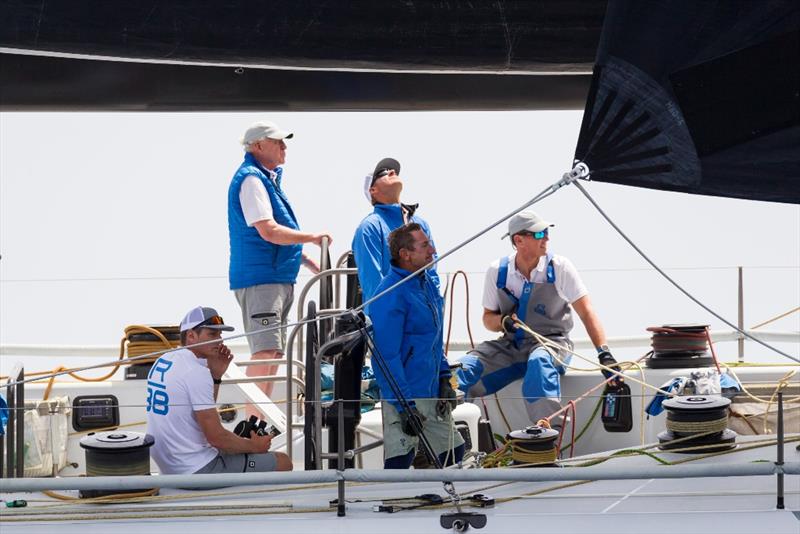 Sadly just as the maxi racers were on their return leg off the entrance of the Golfe de Saint-Tropez, the wind dropped and then ultimately vanished altogether. Despite a laborious wait for the crew, the wind failed to return and the Race Committee made the tough decision to cancel the race.

“We are good at winning abandoned races,” noted Will Oxley, navigator on Alex Schaerer’s Maxi 72 Caol Ila R which was close to her direct rivals Sir Peter Ogden’s Jethou and Dario Ferrari’s Cannonball when the wind shut down. This position was despite their having set up for light conditions. “We had no heavy air sails on board, so we were winging it a little bit,” Oxley admitted. 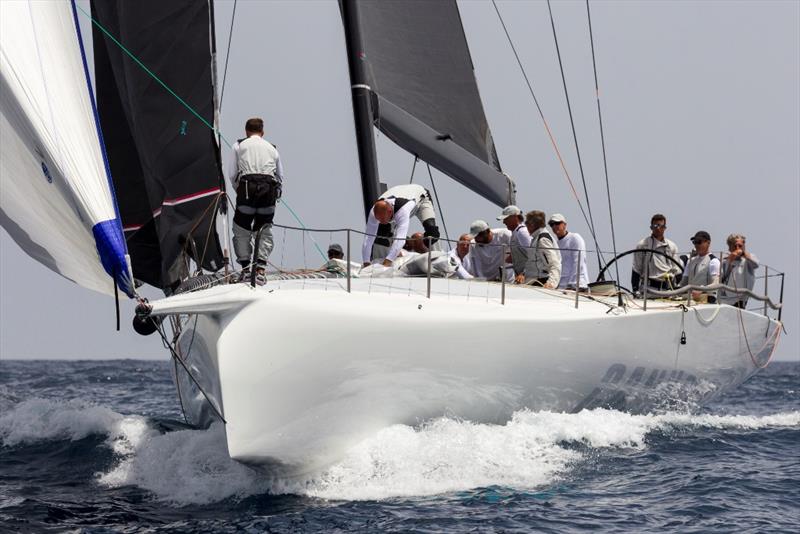 As to why the wind shut down, Oxley explained that a depression off to the SSE of Saint-Tropez that was generating the morning’s gradient breeze moved and this clashed with a weak sea breeze and caused the wind to die altogether.

Apart from today’s abandoned race, Oxley says Caol Ila R is going well and they are looking forward to Wednesday’s offshore race. However at present the weather models are showing an eight hour difference of arrival times into Monaco. “If we don’t finish until Thursday evening, then it will be a small boat race,” Oxley observes.

Aside from Argentinean Miguel Galuccio’s Vera (ex-My Song), the bulk of the maxi Cruisers had not even reached the upwind mark by the time the wind disappeared. 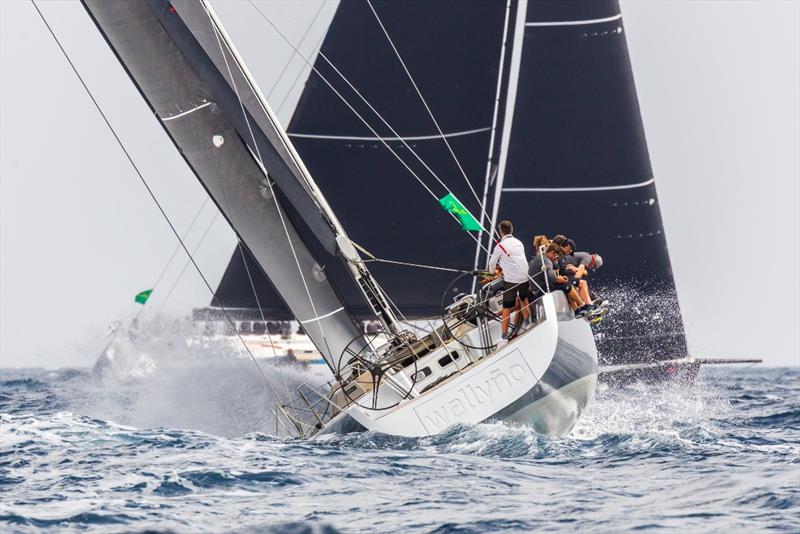 “Today it was a bit odd – a bit stormy,” said Olivier Douillard, navigator on board Aragon, the Marten 72 co-owned by Dutchmen Arco Van Nieuwland and Andries Verder. “It was hard to find a good groove and there were some ‘historic’ waves. It made trimming and boat speed very difficult.” As to the shut-down, Douillard said it didn’t come as a complete surprise but he was expected it later in the afternoon. 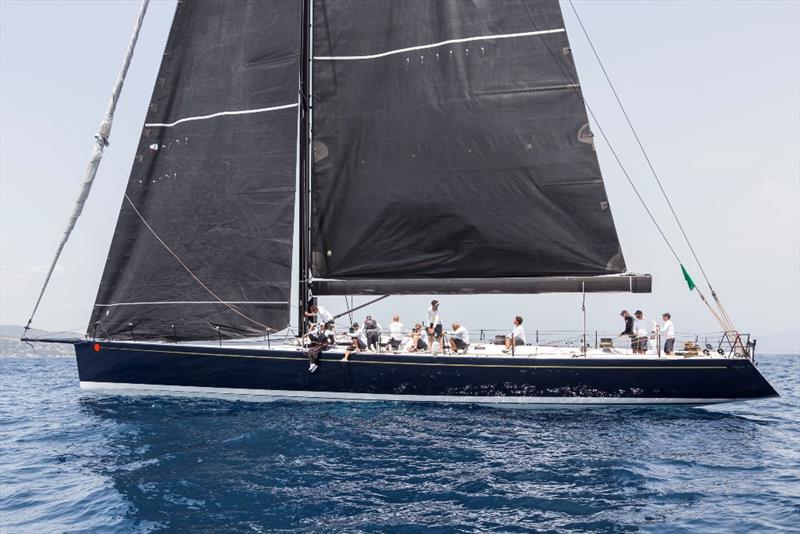 The final day of inshore racing at Rolex Giraglia, the third event of the International Maxi Association’s Mediterranean Maxi Inshore Challenge, takes place tomorrow with Jethou leading the Racer class and Benoît de Froidmont’s Wallyño ahead among the Cruisers. 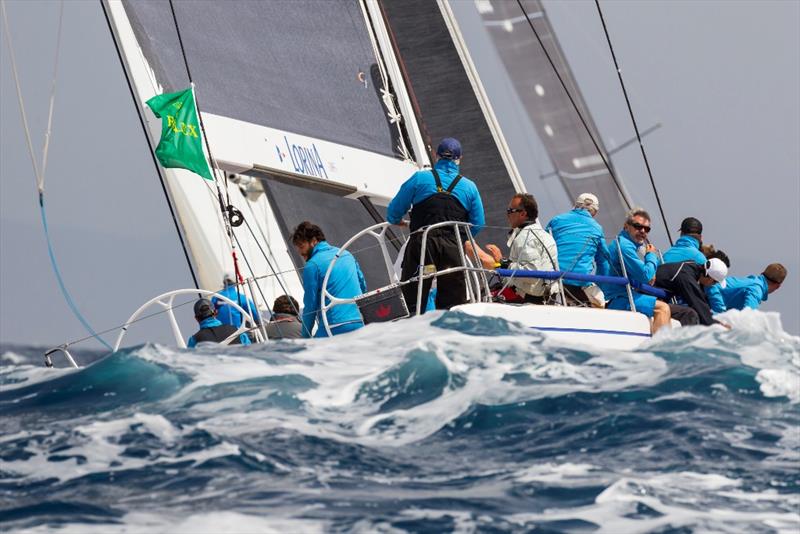 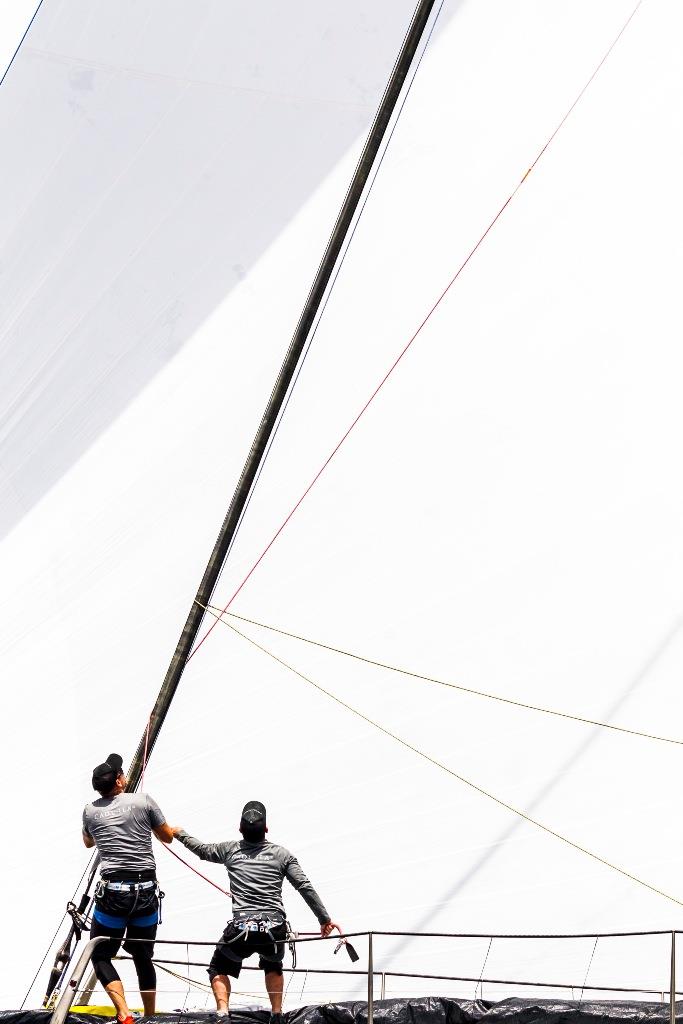 For more information on the International Maxi Association visit the website