Following last year’s special anniversary, a downturn in interest in the 2019 Rolex Middle Sea Race might have been on the cards. Far from it, it seems.

Some 38 yachts have already entered the race, which starts on 19 October. This matches progress at the same point in 2018, when a record fleet of 130 gathered.

150 days out from the 40th edition of its 606-nautical mile offshore race, organisers, the Royal Malta Yacht Club, look set for another celebratory year. Entrants, to date, represent 16 nations confirming once again the global appeal of this stalwart in the international calendar.

Following last year’s stunning win by Géry Trentesaux and the French crew of Courrier Recommandé, it is small surprise that crews from France are leading the way with seven entries. Trentesaux, who famously announced his retirement from offshore yacht racing after victory in the 2015 Rolex Fastnet Race, found he could not resist the attraction of the distinct challenge offered by the Rolex Middle Sea Race, particularly in its 50th anniversary year. Trentesaux became the third French skipper to lift the substantial Rolex Middle Sea Race trophy, following the victories of Antares in 1981 and Spirit of Ad Hoc in 2008. 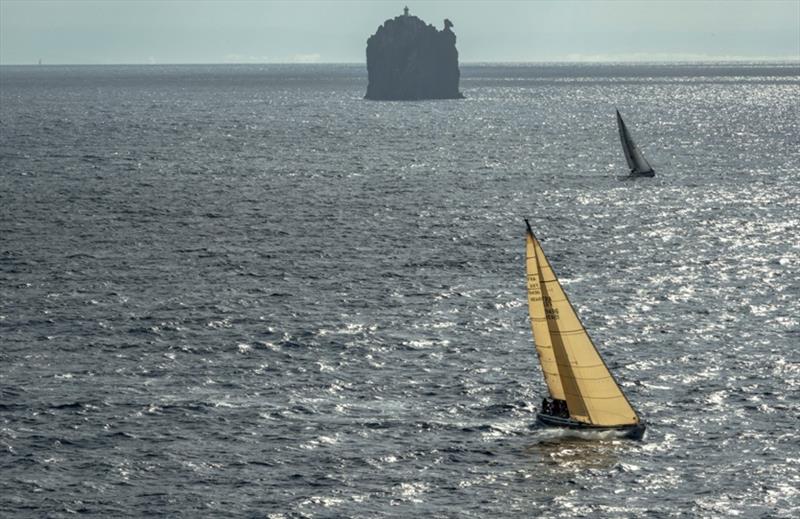 French registered yachts this year include: most notably, The Kid, the JP54 design conceived and skippered by short-handed sailing legend Jean-Pierre Dick (twice winner of Barcelona World Race, four-time winner of Transat Jacques-Vabre); as well as the well-travelled 25-metre Rogers 82, Aegir; Philippe Frantz’s Nivelt/Muratet designed Albator, which finished third overall (and first in Class 4) at the Rolex Middle Sea Race in 2018; and, Gerard Ludovik’s JPK 10.80 Solenn (second in Class 6 in 2018). 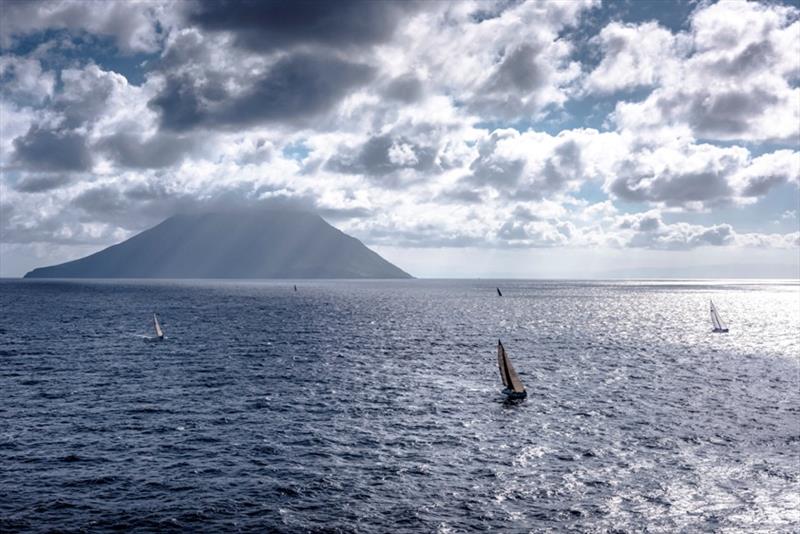 Another intriguing French entry is the 9.82m (32-ft) multihull Skymy (pronounced ‘skimmi’). The pre-preg carbon KM32fc catamaran is currently in production at Magma Composites based in Questembert, Brittany, and will feature Z-foils to promote the possibilities of flying inshore and skimming offshore.

According to the project team, the core aim is to embrace high levels of safety in structure, stability and flotation. The design concept incorporates ease of handling through its sail and other control systems, and, ease of transportation and dockage via the push button ability to fold and unfold the hulls. The team plan to launch in September and undertake the Rolex Middle Sea Race double-handed, with a crew made up of Alain Duvivier, an accomplished amateur who conceived the project, and Gurvan Bontemps, whose expansive multihull experience includes the Flying Phantom and the GC32. The multihull course record of 49 hours, 25 minutes, one second set by Maserati in 2016 could be under threat.

Elsewhere, the fleet currently has a make up of European entries from the northern, eastern, southern and western regions, with boats from Austria, Belgium, Croatia, Germany, Latvia, Malta, Romania, Spain, Sweden, Switzerland and the United Kingdom. 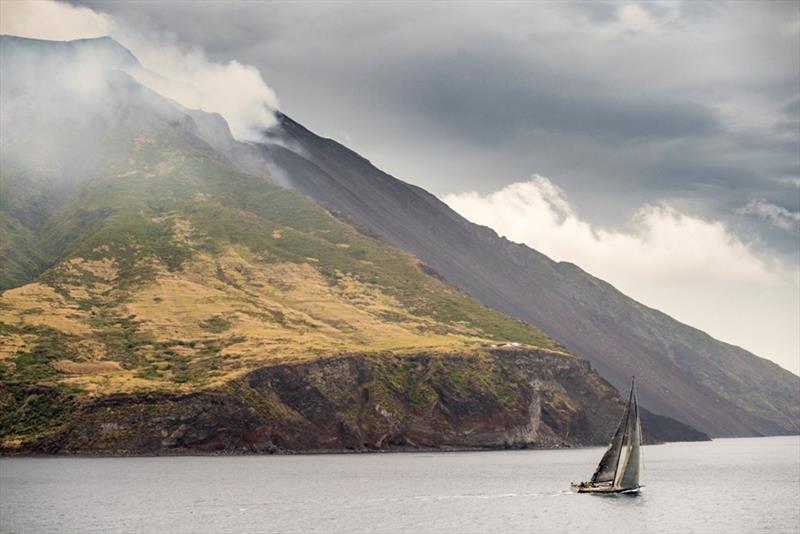 The Russian Federation, straddling both Eastern Europe and Russia, is another good source of entries, as is the United States, for the moment represented by regular entrant, Rambler, and newcomer, Kiva, Mark Stevens’ Hinckley 51, which is taking part in the Transatlantic Race in June and the Rolex Fastnet Race in August.

The Australian entry and veteran of the Rolex Sydney-Hobart, Tilting at Windmills, is taking a second tilt at the Mediterranean’s equivalent offshore classic after last year’s creditable debut. 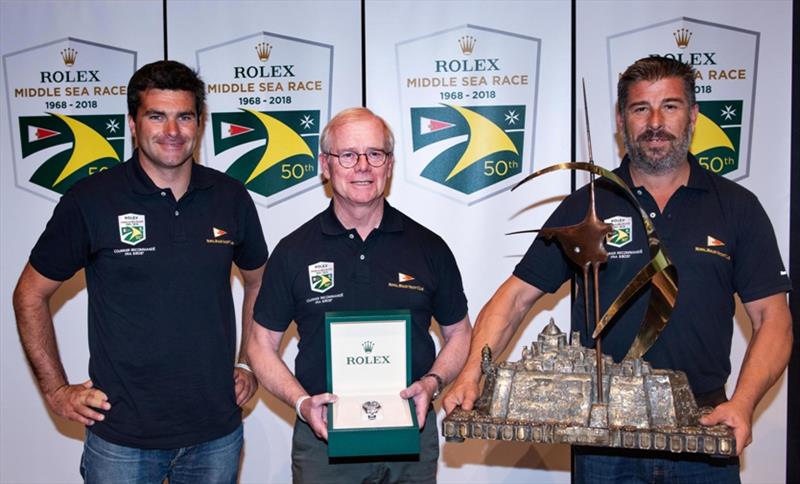